Cannabis Ready to “Man Down” For Prostate Cancer

A world class cancer researcher with aggressive prostate cancer treated it with cannabis.

Prostate cancer is global health disaster. It affects 1.1 Million men (globally) and will kill 300,000 of them.  It has the second highest death rate of all cancers, making it as tenacious and dangerous as a junkyard Rottweiler.

Even with widespread screenings and increasing public attention, it’s still a virulent killer. Only melanoma (skin cancer) affects more men in the U.S. Yet the very male-ness of the disease might provide a clue to its abatement.

Research has shows the potential for cannabinoids to suppress and destroy prostate cancer cells thanks to their ability to limit male sex hormones.

These hormones are called androgens. They make men into men (the word androgen comes from the Latin roots “andro” meaning man, and “gen” meaning “thing that produces.”) Testosterone is the most widely known androgen, but there are heaps of others.

In addition to providing men with manliness, androgens are also the fuel that cause prostate cancer cells to grow. That’s why some of the most studied remedies for prostate cancer involve slowing down or stopping the efficacy of these androgens. Some treatments have gone so far as to employ chemical castration as a way to pull the plug on the cancer’s power source.

That’s where cannabis comes in. 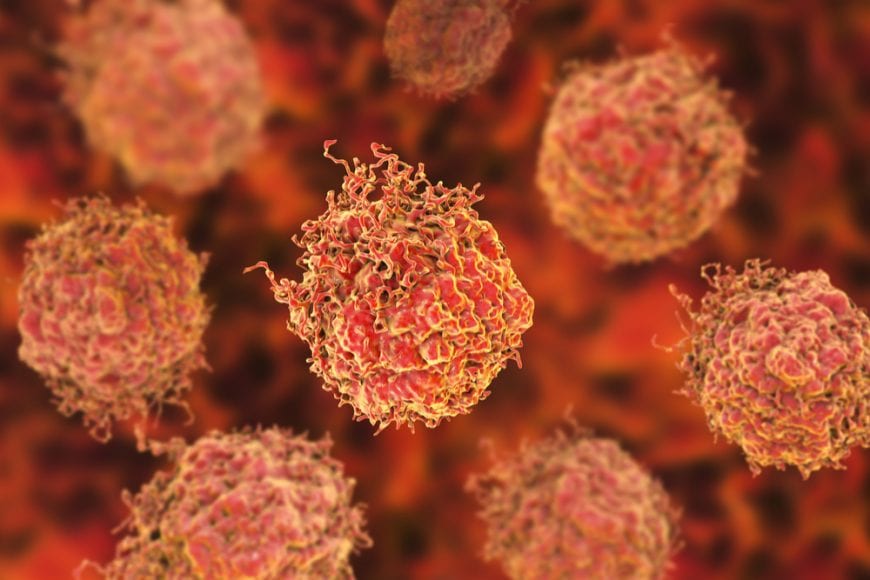 Although it’s not often touted bypro-cannabis herbalists, the connection between cannabis and decreased testosterone has been known since the 1970s. More specifically, scientists have shown that cannabis affects androgens in ways that include decreased sperm count and lowered levels of many molecules, like acid phosphate, in the male reproductive organs.

In short, cannabis provides a check on runaway male hormones. You know the stereotype of the pacifist stoner made famous by The Big Lebowski? This is the science behind it. Cannabis can literally make you less aggressively “manly”, but only a bit, so don’t worry.

RELATED  'Smoking Kills' Lost And Forgotten In This Vape Drama

When it comes to prostate cancer, however, less manliness is exactly what patients need. When cannabis renders androgens less effective, the cancer growth rate slows. That’s vital because prostate cancer has a habit of metastasizing in the bones, where it can become a death sentence.

So decreasing the male hormones is a good first step toward fighting prostate cancer. But it’s far from the only way that cannabis can lend a hand.

Cannabinoid receptors are special molecules that exist on cell membranes that function a lot like the way old time speakeasys worked. If you knew the password, the doorman let you in to enjoy the party. In this case, the only things that cannabinoid receptors let in are cannabinoids—either those that are naturally occurring or those from the outside (AKA medical cannabis).

When cannabinoids encounter these receptors in cancer cells, they pass through the cell membrane. From there, they go to work in the cell’s endoplasmic reticulum. The cannabinoids start an intercellular event called apoptosis or “cell death,” in which the cell implodes in on itself.

Amazingly, cannabinoids cause apoptosis only in cancer cells. They have no adverse effects on normal, healthy human cells. 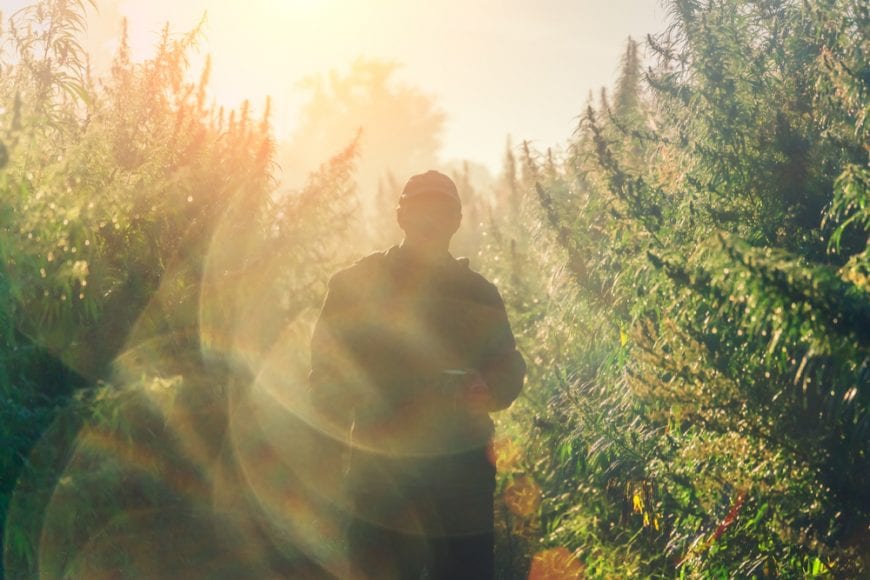 The keyword here is “may.” Laboratory tests in mice have produce positive results. However, there is still a long way to go before  we have a large scale therapy for human beings. But that’s not to say some true believers aren’t already conducting their own experiments.

RELATED  Can Your Boss Rule Cannabis Use Off-The-Clock?

A biochemist in California, who was diagnosed with an aggressive form of prostate cancer with metastatic lesions, took it upon himself to bypass chemotherapy and use only cannabis-based medicine.

The man, Dennis Hill, was no ordinary cancer sufferer. He was a world-class researcher, having graduated from the University of Houston and worked at the M.D. Anderson Cancer Center at the University of Texas.

Within six months of starting his cannabinoid oil treatment, the cancer had begun to fade away, Hill says. Soon it vanished entirely. Hill’s results may not be replicable by everyone, but the potential is strong. A new way to fight one of the world’s deadliest cancers may be closer than we think.