Does it make sense to use pharma cannabis to treat cannabis addiction?

Treating cannabis addiction with cannabis is the foundation of a new study out of Australia.

Researchers from the University of Sydney looked into concerns about the lack of safe medication available for treating cannabis dependency. The researchers wanted to find out if nabiximols could offer a viable treatment option.

Nabiximols is a non-synthetic cannabis plant extract. You may know it by its brand name, Sativex. Nabiximols contains purified forms of the cannabinoids cannabidiol (CBD) and tetrahydrocannabinol (THC) at roughly equal amounts. Nabiximols is commonly sold as a mouth spray. Authorities generally agree that it’s safe to consume.

Sativex was approved for use in the United Kingdom in 2010 as a prescription-only medication for the treatment of multiple sclerosis. Since then, 29 other countries, including the United States, Spain, Australia, and Canada, have approved this cannabis-based drug for medical consumption.

The Sydney study, published in 2019, was a double-blind randomized clinical trial that compared the effects of Sativex versus placebo over 12 weeks. The participants in the study were patients already seeking assistance with cannabis dependency. Each was given Sativex spray comprised of 86.4mg of THC and 80mg of CBD. They could self-administer the spray up to 32 times daily. The average daily dose was 18 sprays. 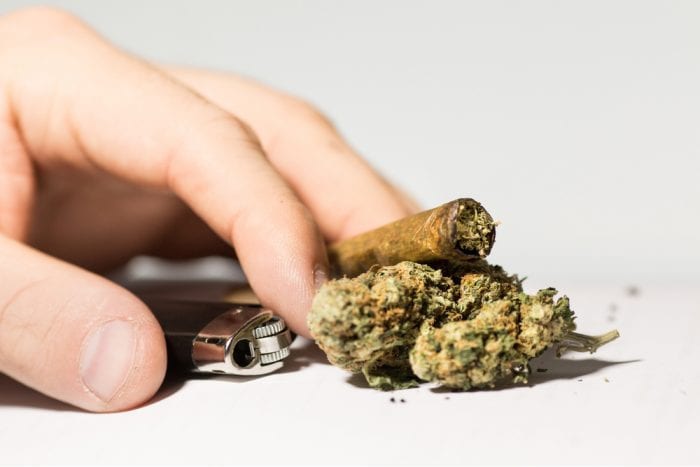 The results of the study showed that the participants treated with Sativex spray self-reported taking significantly less cannabis during the study than those in the placebo group. The researchers concluded that Sativex is a safe treatment option that may reduce cannabis intake for those wanting to quit.

But How Common Is Cannabis Addiction?

Cannabis is now medically legal in 33 states in the U.S. Advocates have made a range of therapeutic claims, which are currently undergoing research. It may be surprising to hear cannabis being discussed in terms of addiction.

One study, based on the results from the National Household Survey on Drug Abuse (NHSDA) of 2000-2001 found that 3.9 percent of the people who had taken cannabis went on to develop the symptoms of cannabis dependence syndrome within 12 months. Researchers also found that taking cannabis before late adolescence increased the risk of cannabis dependency.

Cannabis dependence in adolescents seems to be one of the most serious potential consequences of cannabis consumption. One review found that there was a strong link between heavy exposure to cannabis as an adolescent and dysfunctional cognitive and psychiatric functioning later in life. However, the researchers couldn’t definitively attribute this negative cognitive impact to cannabis consumption alone.

Another study examined the effect of cannabis on the developing adolescent brain. The researchers found that there appears to be a link between adolescent cannabis consumption and changes to the structure and function of the fronto-parietal region of the brain, which is related to reward, memory, and inhibitory control. Although, it’s important to note that researchers didn’t find this damage in all adolescent cannabis consumers. We need further studies to determine the cause of these brain changes.

Many of us may think of cannabis in terms of its therapeutic properties. Yet, there does seem to be a risk of dependence for some people, particularly adolescents.

Using extracted cannabinoid products, such as Sativex, to reduce cannabis dependency levels might not seem so far-fetched when compared to cigarette dependency treatment.

Nicotine is an addictive chemical substance in tobacco that can also treat tobacco addiction. It works as a replacement therapy by reducing the symptoms of tobacco withdrawal and creating an easier path to cessation. 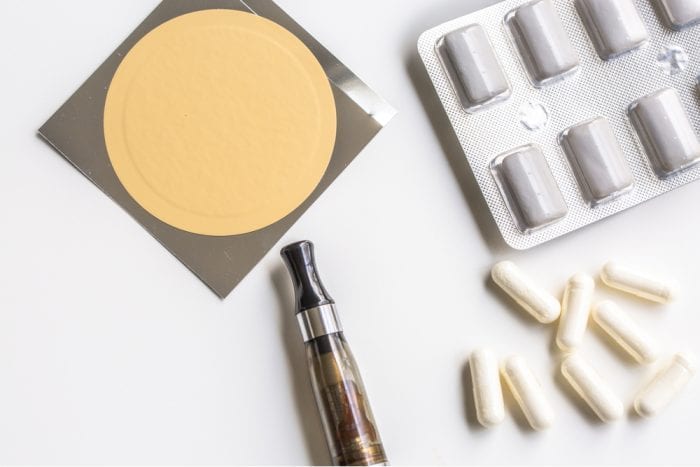 Sativex treatment works in much the same way, providing the two main cannabinoids (THC and CBD) in order to reduce withdrawal symptoms and make cannabis smoking cessation easier. Around 30 percent of people who regularly take cannabis report withdrawal symptoms when they cease consumption. These symptoms can include a lack of appetite and sleep, worsened mood, irritability, and anxiety.

Cannabis as a Potential Treatment for Other Dependencies

Abuse of drugs, such as alcohol and opioids, are able to do much more damage than cannabis, and can be deadly.

Research shows that CBD may be able to improve the withdrawal effects of these oft-abused substances. We need more research to properly understand just how effective CBD is in aiding addiction recovery. However, it shows a lot of promise in its ability to reduce relapses in animal models. CBD also acts on the serotonin 1A receptor and possibly reduces the reward effect occuring with substance abuse. CBD’s potential as a stress and anxiety reliever may further play a role in reducing the negative feelings associated with substance withdrawal.

There’s still much we don’t know, but CBD’s potential offers hope to those who are seeking recovery from addiction.