From anti-cancer to anti-aging to pain relief, cannabis root can be powerful medicine.

Editor’s Note: Cannabis roots contain compounds which may interact with prescription medications. As a result, only dose cannabis roots with the instructions and supervision of a qualified doctor or naturopath.

When it comes to cannabis consumption, many prefer to avoid the effects of THC. But with little cannabinoid content, cannabis root may be the answer to many chasing medicine but not intoxication.

The Benefits of Cannabis Root

For the cannabis plant, there may well be as much medicinal benefit in what lies beneath the ground as what flowers above it. Where most focus their attention on the trichomes held within the cannabis flower, the truth is that almost every part of the cannabis plant may provide some form of medicinal benefit. Cannabis roots may be the last thing that consumers think of grinding into a powder before consumption, but they do contain some unique therapeutic properties.

But, first, a word of warning. While scientific studies do demonstrate that cannabis root exhibits some potent medicinal benefit, they may contain compounds that interact with prescription medications. Those who wish to harness the therapeutic benefits of cannabis root should do so under the instruction and supervision of a qualified doctor or naturopath. 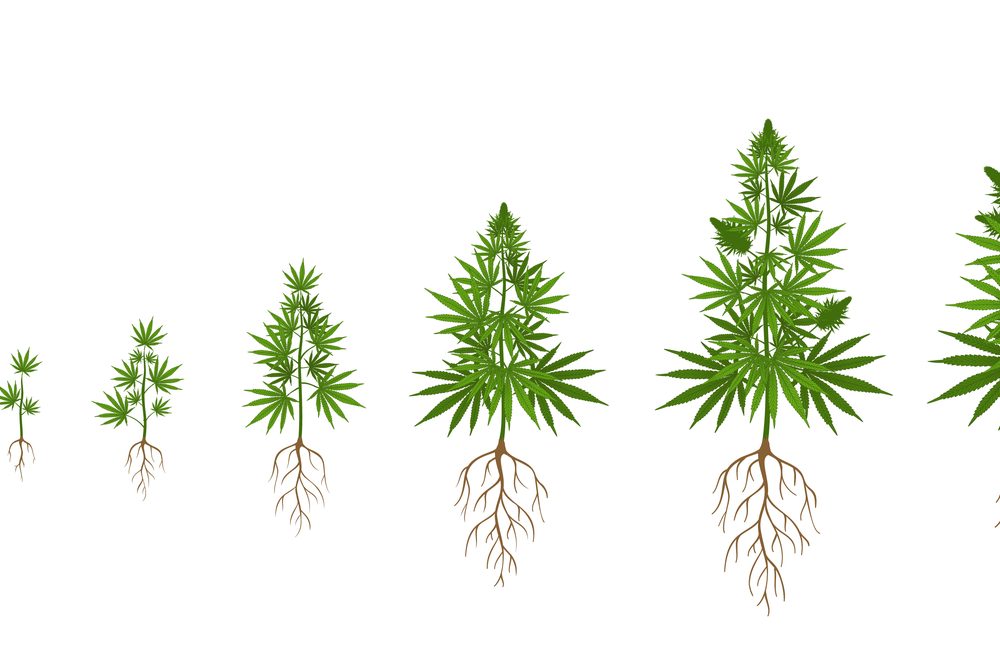 The Traditional Use of Cannabis Root as Medicine

According to a study published in Cannabis and Cannabinoid Research (2017), the use of cannabis roots as medicine stretches back millennia [1]Ryz, N. R., Remillard, D. J., & Russo, E. B. (2017). Cannabis Roots: A Traditional Therapy with Future Potential for Treating Inflammation and Pain. Cannabis and cannabinoid research, 2(1), … Continue reading.

But, just how it acts as medicine was what puzzled many scientists. The abundance of cannabinoids so commonly associated with the medicinal properties of flowering cannabis aren’t present in roots. Researchers in the study attribute the medicinal properties of the roots to a variety of little-known compounds. From the triterpenoids, friedelin and epifriedelanol, to the alkaloids, cannabisativine and anhydrocannabisativine, and various sterols such as sitosterol, campesterol, and stigmasterol, cannabis roots contain a potent mix of compounds that provide medicinal effect.

Ancient Use of Cannabis Root as Medicine

Even without an in-depth knowledge of modern chemistry and biology, the ancients uncovered a myriad of medicinal uses for cannabis roots. From joint stiffness to gout, and from inflammation to fever and digestive cleansing, the medicinal use of cannabis root was common in places as far apart as Europe and India to the tip of South America.

The Science behind Cannabis Roots – Triterpenes

When it comes to the medicine of cannabis root, perhaps of most interest may be a class of chemical compounds known as triterpenes. Composed of three terpene units, there are two specific triterpenes called friedelin and epifriedelanol that appear in significant quantities in cannabis roots.

A further study published in Nature Research (2016), investigated the many potential medical uses of friedelin. In addition to its anti-histaminic, antipyretic properties, gastroprotective, antioxidant, and liver-protective benefits, researchers also noted its ability to “inhibit some cancer cell lines”.

When it comes to fighting cancer, the triterpene epifriedelanol shines above others in studies so far. A study published in The African Journal of Traditional, Complementary and Alternative Medicine (2017) [3]Yang, J., Fa, J., & Li, B. (2017). APOPTOSIS INDUCTION OF EPIFRIEDELINOL ON HUMAN CERVICAL CANCER CELL LINE. African journal of traditional, complementary, and alternative medicines : AJTCAM, … Continue reading, involved an analysis of the antitumor properties of epifriedelinol in the management of cervical cancer by inducing apoptosis.

RELATED  Put That Weed Shake to Good Use

In the aforementioned study related to the historical medicinal use of cannabis root, researchers also delved into the analgesic properties so widely touted by the ancients.

The pain-relieving properties of cannabis root, attributed by researchers to the unpronounceable compound N-(p-hydroneuroxy-β-phenylmethyl)-p-hydroxy-trans-cinnamamide, are impressive. Quantified in rat studies, researchers demonstrated its ability to help combat both neurogenic pain and inflammatory pain. 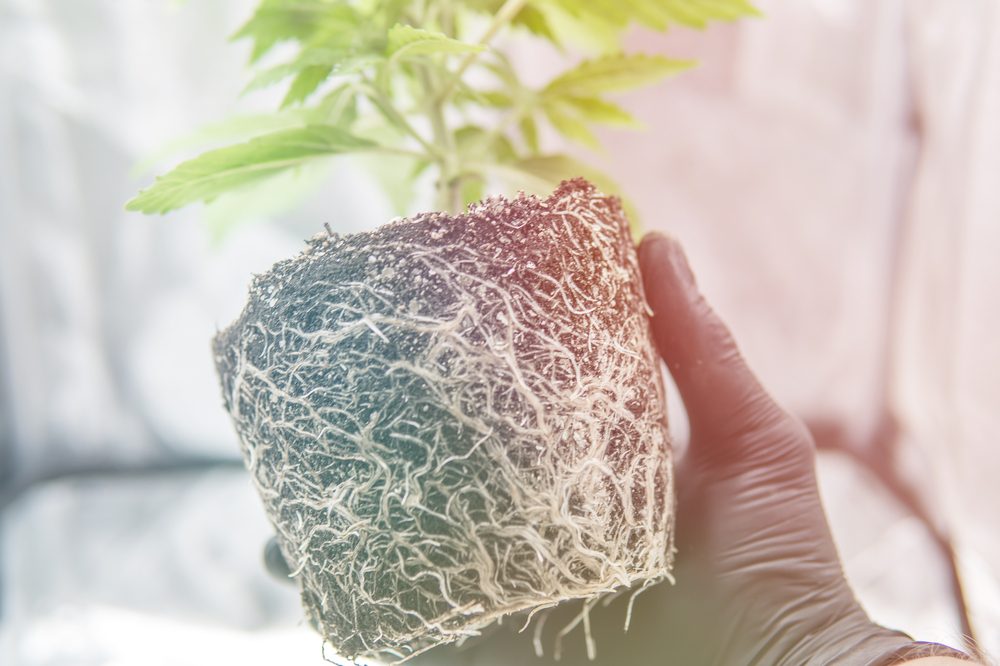 The ancients knew only too well that the leaves and buds aren’t the only healers within the cannabis plant. Modern science now demonstrates that cannabis roots also offer immense healing potential.

So, how can the average home grower benefit more from their crop? Luckily, cannabis roots require little preparation, and many potent medicinal recipes exist. We’ve published a full guide on preparing roots for medicinal consumption, but here’s the gist of it:

Roots must be cleaned and dried before being ground into a fine powder. At this point, keen home growers have a myriad of options as to how they wish to prepare the medicine. Some make balms to soothe inflammation by mixing the powder with an oil or fat source. Others simply make a tea by boiling the powder for twelve hours. They add additional herbs such as anise and cinnamon.

Some yet prefer cannabis root tinctures. You make these by slowly simmering cannabis root for an extended period. The roots, when combined with a tincture base such as alcohol, provide medicinal benefit via this ever more popular form.

A word of warning though. For those who consume cannabis root orally, one thing worth bearing in mind is that the presence of the alkaloids pyrrolidine and piperidine are toxic at high levels. They may irritate the stomach lining and even cause problems in the liver. For those that respond negatively to oral ingestion, don’t forget that topical application is also effective.

Cannabis Has a Role to Play in Traditional Medicine