As scientists continue to learn more about the human body’s endocannabinoid system, a greater understanding of hard-to-treat, painful conditions is being gained. And new research on sickle cell anemia (SCA) is showing that cannabinoid therapy might make an impact in treating this disease.

SCA is an inherited disease that is essentially a red blood cell disorder. For those who are living with this incurable condition, red blood cells (RBCs) are rigid, sticky, and shaped like a “sickle” farm tool — or a crescent moon. These misshapen cells can wreak havoc in the body. They don’t travel efficiently through blood vessels, and they can block or limit necessary blood flow. Sickle cells also die early.

What results is a chronic deficiency in red blood cells and poor oxygen circulation throughout the body. This manifests as recurrent and often sudden acute pain, as well as chronic pain for those struggling with this disease. Present upon birth, SCA requires patients to actively manage pain for their entire lives. Pain is treated with pharmaceutical medications like opioids — which themselves come with harmful side effects. This is where cannabinoids could potentially help.

Scientists are still in the process of fully understanding SCA, but new discoveries have come to light in recent years. A study published in Blood (2013) showed how mast cell activation contributes to the pain felt by SCA patients. Using sickle mice for their research, the authors of the study concluded that activation of mast cells (a type of white blood cell) causes the release of inflammatory cytokines and neuropeptides. Sensory neurons send threat signals to the brain, resulting in physical pain. Unfortunately, morphine — commonly used as an analgesic for SCA patients — also has the ability activate mast cells.[1]Vincent L;Vang D;Nguyen J;Gupta M;Luk K;Ericson ME;Simone DA;Gupta K; Mast Cell Activation Contributes to Sickle Cell Pathobiology and Pain in Mice. Blood, U.S. National Library of Medicine, … Continue reading

Another study, published in Haematologica (2016), showed that cannabinoid therapy could potentially help. Again, researchers used sickle mice to test their theory. They found that mast cell activation, inflammation and neurogenic inflammation could be alleviated through CB1 and CB2 receptors. They concluded that not only could cannabinoid therapy provide an analgesic effect for sickle mice, but it could also potentially mitigate the pathobiology of the disease.[2]Vincent, Lucile, et al. Cannabinoid Receptor-Specific Mechanisms to Alleviate Pain in Sickle Cell Anemia via Inhibition of Mast Cell Activation and Neurogenic Inflammation. Haematologica, Ferrata … Continue reading 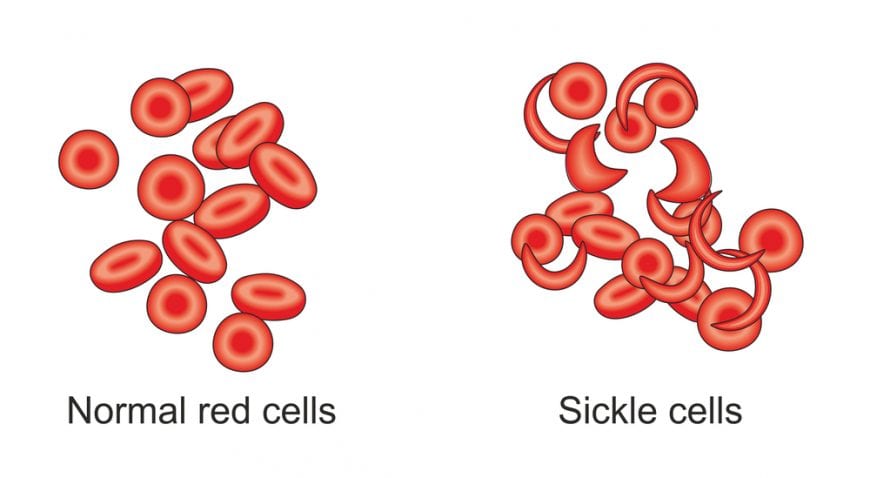 More research is needed to understand how (and if) cannabinoids can help human SCA patients. But so far, scientists are finding that many of these patients have already turned to cannabis for help. In a study published in Cannabis and Cannabinoid Research (2018), authors surveyed fifty-eight SCA patients about consumption of cannabis. Of those fifty-eight, forty-two percent reported consuming cannabis within the previous two years. And the majority of those consumers endorsed cannabis for medicinal consumption.

However, until more is understood about cannabis and SCA, it is unknown whether cannabis can help, or if it actually makes symptoms worse.

Another study published in Cannabis and Cannabinoid Research (2017) concluded that cannabis consumption could increase the potential for hospitalization among SCA patients due to vaso-occlusive crisis. This type of episode occurs when misshapen RBCs obstruct blood flow. The obstruction causes ischemic injury to affected organs, and severe pain.[3]Roberts, John D, et al. Marijuana Use in Adults Living with Sickle Cell Disease. Cannabis and Cannabinoid Research, Mary Ann Liebert, Inc., 1 July 2018, www.ncbi.nlm.nih.gov/pmc/articles/PMC6044416/ Researchers drew their results from a retrospective study of 270 urine drug screen tests that were conducted on seventy-two SCA patients.

RELATED  How Do Cannabis and Opioids Each Work At Killing Pain?

They found that hospital admissions increased significantly among those who had tested positive for cannabis consumption.[4]Ballas, Samir K. The Use of Cannabis by Patients with Sickle Cell Disease Increased the Frequency of Hospitalization Due to Vaso-Occlusive Crises. Cannabis and Cannabinoid Research, Mary Ann Liebert, … Continue reading This means, if you are an SCA patient, it’s very important to talk with your healthcare provider before trying cannabis. 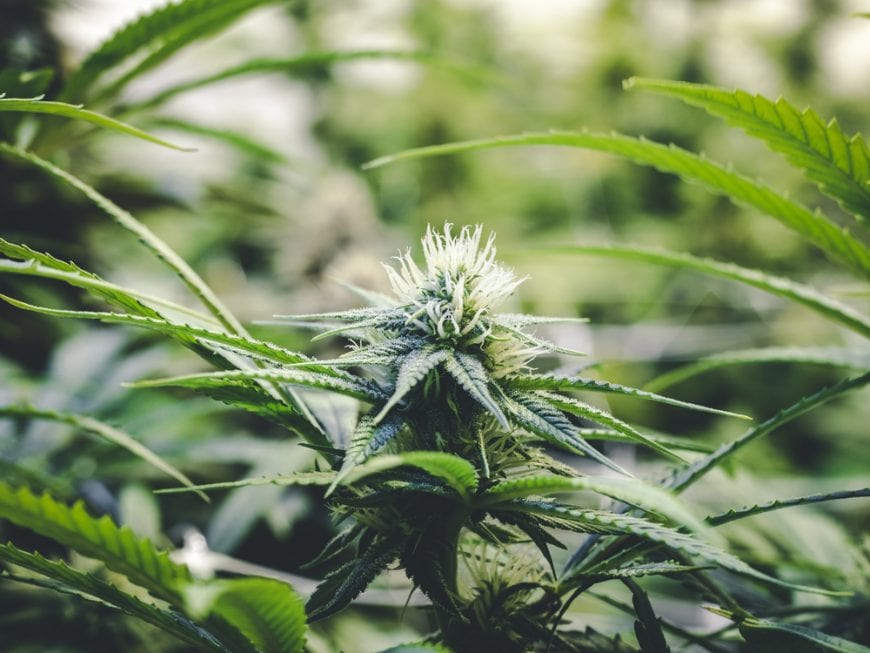 What these studies show us is there is still a long road ahead for researchers to fully understand the mechanics behind SCA symptoms.

Solid conclusions on how cannabinoids interact with endocannabinoid receptors to affect this disease will also require robust study. Even with promising research coming forward on sickle mice, it is uncertain whether or not those results are replicable in humans.

So far, we know that cannabis has medicinal potential in fighting neurological conditions such as Multiple Sclerosis, Huntington’s disease, and epilepsy. By interacting with the endocannabinoid system, cannabis offers a potential treatment for the pathology of these diseases, rather than merely addressing symptoms. Scientists are also finding that cannabis could potentially alleviate neuropathic pain.

By activating CB receptors in the body, cannabinoids like THC may have the ability to dampen pain. Could that mean cannabis could also alleviate pain signals resulting from SCA?  Right now, that much is unclear. But for patients struggling with SCA pain from infancy onward, finding long-term solutions to chronic and acute pain is crucial for maintaining some kind of quality of life.

However, human trials are needed to ascertain the efficacy and safety of cannabinoid treatment. While anecdotal reports from patients are promising, it’s important for scientists to fully understand how cannabis affects the mechanics of SCA. If things are how some of the new research on sickle cell anemia suggests, and cannabis causes an increase in hospitalizations among SCA patients, caution is necessary.

An expert content strategist with over a decade's experience. A double gold medalist with a Master's in Life Sciences (Biochemistry & Molecular Biology). Editor-in-charge at CureJoy, Senior Publishing Specialist and Reuters and Optimization Specialist at Google AdSense.