It seems gender differences in medicine mean a lot – They can decide between good or bad experiences at a cannabis dose.

For example, men consuming low amounts of cannabis reported great sex while chronic consumers reported low libido or worse. Many things can determine how cannabis affects you. Many things play important roles in determining how the body and mind respond to cannabis. The strain, dosage, method of consumption, and health of the plant all effect your high. Recent research sheds light on a new dimension that may be even more essential to the way cannabis interacts with the body: sex. Let’s analyze the gender differences in medicine.

To be clear, this is not a nature vs. nurture argument, despite the fact that men tend to consume more cannabis, consume it more frequently, and consume it faster than women. It is the difference in hormone levels and body composition between men and women that creates substantial difference in the way their bodies process, and hence are effected by cannabis.

Gender Differences in Medicine from Cannabis: THC and Sex

For example, we know that THC has certain effects on the body’s sex hormone-laden endocrine system. This system controls mood, growth, development, and sexual function, among other things. It’s clear that men and women have different kinds of growth, development, and sexual function. Therefore it’s not surprising that when THC touches this system, the effects manifest differently.

And, as you might expect when dealing with a system that controls testosterone and estrogen, the biggest differences in how cannabis affects men and women have to do with sex. Study after study confirm that cannabis leads to greater sexual appetite and orgasms for women. Women who used a moderate amount of cannabis reported greater pleasure from sex, better orgasms, and overall more satisfaction. But the gender differences in medicine from cannabis don’t end there.

A lot of the research has somewhat contradictory findings when it comes to men.

RELATED  Trump on Cannabis and Does it Matter for the Election?

For example, a study — published in Nature (1970) — found that, among men, cannabis use intensified sexual arousal, increased sexual thoughts, and prolonged sexual performance. Later studies bore out these claims. In a survey that include more than 800 men between the 18 and 30, researchers found that 83 percent of respondents affirmed that cannabis revved up their sexual pleasure.

Shoring up the findings, a second survey of male cannabis consumers, from a different group of researchers, found that seventy five percent said cannabis increased their sexual pleasure and satisfaction, sixty eight percent said it upped the quality of their orgasm, and thirty nine percent reported that it increased the duration of the sexual communions.

But it’s not all good news.

The overwhelming majority of surveyed cannabis consumers reported positive results. However, doctors still found that chronic cannabis consumers tended to report less desirable side effects. These include erectile dysfunction and lack of interest in sex.

A 1982 study published in the Journal of Psychoactive Drugs found that chronic cannabis consumers were twice as likely as the general population to report erectile problems, although that number was very low, just nine percent. And some men were able to reverse the effects by abstaining from cannabis consumption for a few days.

While there’s no clear scientific consensus on how cannabis can affect male sex drives, there are competing theories. A possible reason may be the relationship between THC and the estrogen, the female sex hormone. Researchers at Columbia have found that estrogen magnifies the effects of THC, leading women to get more pain relief from cannabis at lower doses. However this can build tolerance to the drug much more quickly.

Another possibility is that the depressant properties of cannabis act much the same way that other depressants. This might have a similar effect to alcohol, i.e. making men less able to perform.

RELATED  DIY Cannabis Christmas Calendar To Breeze Through The Holidays

The possibility with the strongest scientific following is that cannabis effects in men are more dose-dependent than women’s. The idea is that small and medium amounts of cannabis affect men positively, but large doses carry negatives effects. These are some of the gender differences in medicine from the cannabis plant.

The Columbia researchers found that women were more affected by cannabis than men. They also discovered that THC sticks in the female system longer than in males. Men flush THC out more quickly than women. Therefore they choose to replace it more often, leading to taking higher doses than women. Thus men suffer more from higher doses of a depressant. 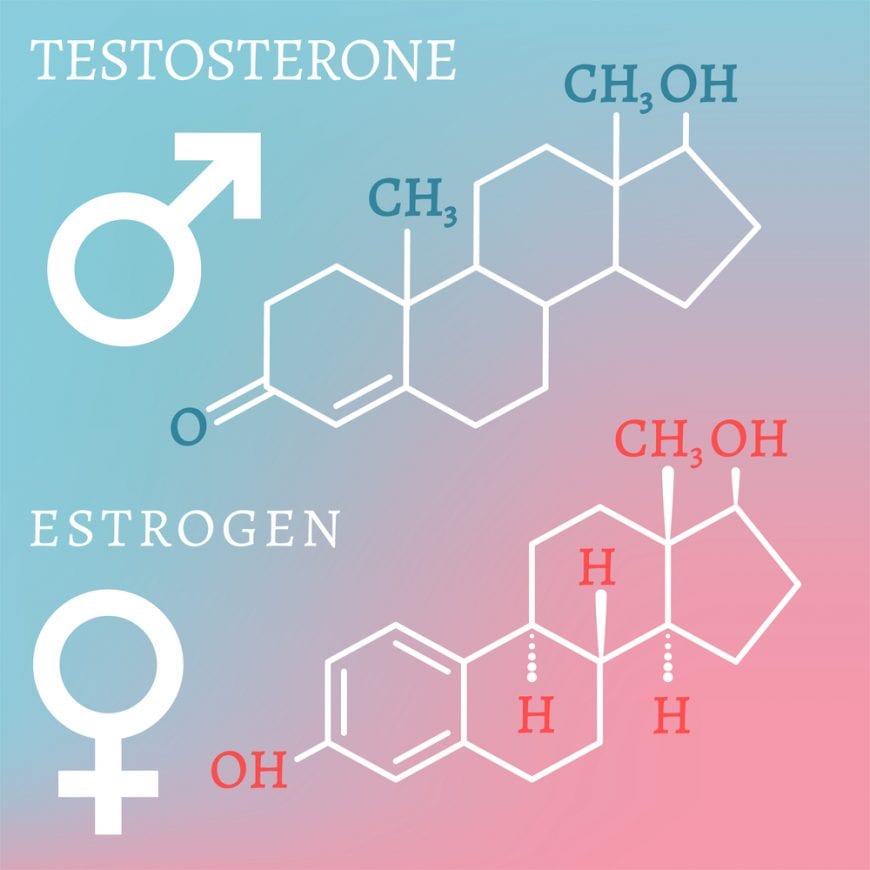 Perhaps this shouldn’t be surprising.

As far back as 1894, the Indian Hemp Drugs Commission was warning people about the danger cannabis posed to sexual health. The report ultimately concluded that cannabis is harmless in small and moderate doses. The collection of 19th century doctors, yogis, police, and clergymen found that it could cause a lapse in libido.

But while the effects of cannabis may be mediated by hormones, the plant does not cause any change in the level of hormones found in the body. A study in Drug and Alcohol Dependence found that even chronic cannabis consumers saw no change in testosterone or estrogen.