The anti-inflammatory properties of cannabis along with the bronchodilator powers of THC may benefit CF patients.

Cystic Fibrosis (CF) is a genetic disorder. Multiple gene mutations cause the disease, but the most common is the cystic fibrosis transmembrane conductance regulator (CFTR) protein. Mucus secretions in the lungs and gastrointestinal tract primarily characterize the symptoms. These secretions cause chronic infections of the lungs, and malnutrition. The disease also affects the pancreas and liver.

Therefore, symptoms often include lung infections, diarrhea, pain, and growth delays. The disease is an active area of research. Thankfully, researchers have looked more and more at effective treatment of symptoms, and management of disease progression. Research in this area has increased the life expectancy of CF patients to 35 years old or more.

However, there is still no cure, and researchers are constantly seeking improvements in management therapies. 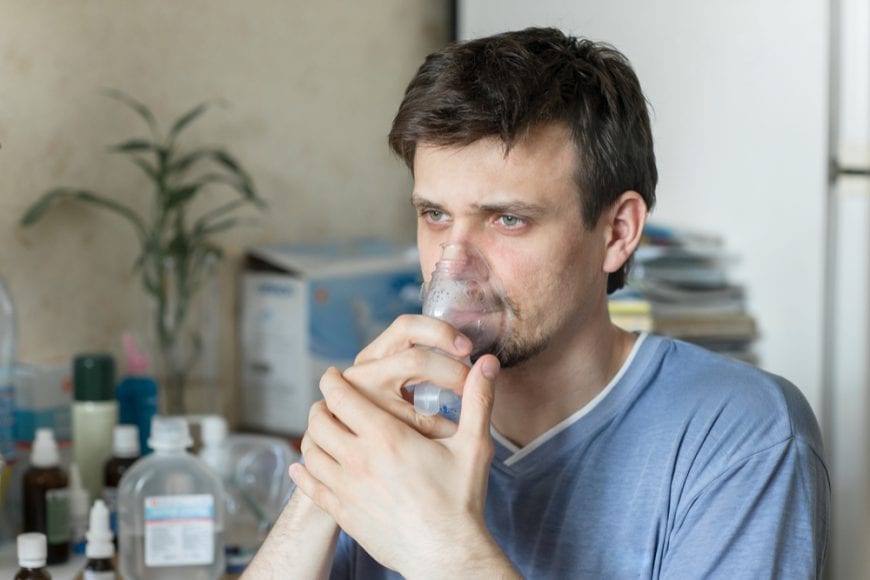 How Does The Endocannabinoid System Interact With Cystic Fibrosis?

The endocannabinoid system is thought to be involved in mediating the symptoms of CF, although there have been very few pre-clinical studies (i.e., on animals or cells in culture) or clinical trials on people to support this hypothesis. However, there are a handful of studies that have drawn connections between known physiological effects of the endocannabinoid system and the symptoms of CF, and thus logically conclude that cannabinoids may be helpful for adults with CF.

For example, malnutrition plays a significant role in the progression of CF because not only do patients often feel nauseous and therefore not inclined to eat, but also diarrhea and vomiting prevent adequate absorption of nutrition. Cannabis is a known appetite stimulant, and has successfully treated appetite loss and wasting in patients with HIV and cancer.

Additionally, activation of cannabinoid receptors slows down the movements of the intestines, preventing diarrhea. One study (on mice) found that this effect came primarily from the activation of the cannabinoid receptor CB1­ in the intestines. Diarrhea is often a symptom of CF. It comes from the patient’s impaired pancreas function and their intestines’ inability to digest and absorb food.

RELATED  CBD Use Is Common For More Americans Than Ever

Thankfully, cannabis could help to slow down digestion. This would reduce incidences of diarrhea. Cannabis, therefore, holds promise in the prevention of malnutrition by encouraging the appetite in CF patients. 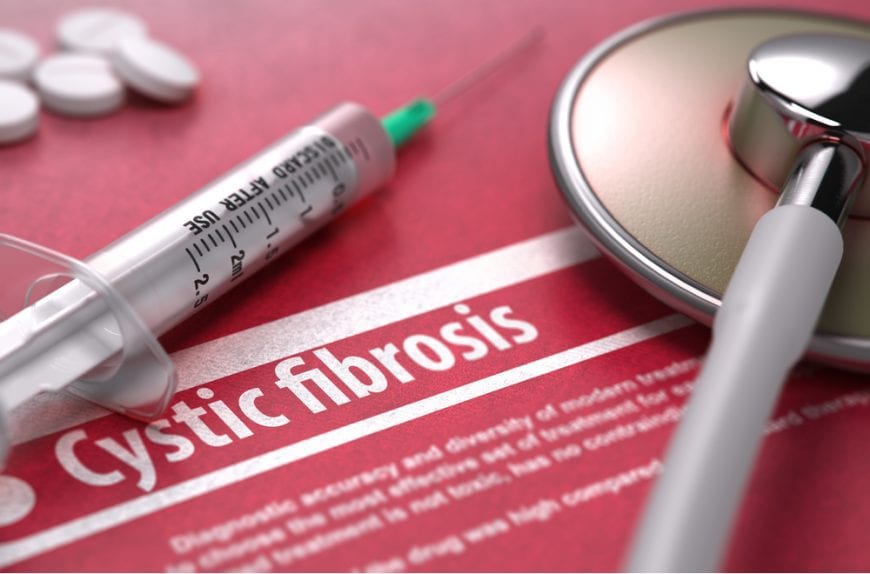 Cannabis is also well-known for its anti-inflammatory properties, and could help to fight the inflammatory response that causes the destruction of lung tissue. There has been one phase 2 clinical trial. This trial used the synthetic cannabinoid “Anabasum.” Anabasum binds to CB2 receptors, which scientists believe is the main mechanism of anti-inflammatory activity. The trial of 85 patients had placebo-control, was double-blind, and randomized.  The trial proves that the drug is safe. This trial also shows that cannabis reduces inflammatory markers, and the incidence of lung flare ups (or pulmonary exacerbations).

Since the Phase 2 trial was successful, a Phase 3 trial will likely follow. If this trial succeeds, it could mean cannabis officially helps mitigate symptoms of CF. Overall, scientists are still drawing conclusions about the positive utility of cannabis in CF.

All of these benefits could apply to the corresponding symptoms that accompany CF. Meanwhile, doctors and researchers are hard at work on a cure for this debilitating condition.

It is important to note that patients with CF should avoid smoking cannabis, since the smoke could worsen their already irritated lungs. Edibles are also an option for patients with cystic fibrosis. Vaping, too, is a possibility, however, a cannabis inhaler may have potential as well. Lastly, cannabis oil administration avoids any lung-related issues, however, be sure to take this method with food – this prevents the spread of lipoid pneumoinia.