Does Cannabis Vape Cause Popcorn Lung?

Cannabis vape juice often contains dangerous thinners and flavors. How worried should you be? Moderately.

Smoking cannabis isn’t what it used to be. There are now so many novel methods of delivery, and vaping is one of the most popular choices. The popularity of cannabis vapes skyrocketed well before science had a chance to prove its effectiveness for therapeutic consumption, or to create a safety profile. Should we worry about that?

Is cannabis vape as dangerous as vaping e-cigarette products? A safer alternative to smoking tobacco cigarettes has always been the selling point of e-cigarettes. Still, there is growing concern about the other ingredients often hidden within the liquids. These ingredients, while perhaps safe for oral ingestion, are yet to undergo studies for inhalation. When these same chemicals added to a cannabis vape e-juice, consumers are at the same health risk as regular e-juice.

What are the Known Risks of Inhaling?

Cannabis smokers do generally experience a higher risk of developing bronchitis, as well as experiencing heightened issues with asthma and increased phlegm production over the short term. Importantly, these respiratory issues seem to disappear after the consumer stops smoking. Science has concluded that it’s not the substance (cannabis) that poses a health threat, it’s the chosen delivery method.

What does this mean for people who like to vape cannabis, instead of smoke it? Unfortunately, there isn’t enough significant research covering the topic. We can conclude that vaping dry flower may have less detrimental short-term effects on respiratory health than smoking would because it vaporizes the active ingredient instead of combusting it. Inhaling products of combustion is always a bad idea.

RELATED  What are Cannabis Poppers?

But what about cannabis e-cigarettes and vape pens, which rely on cannabis oils and other concoctions? 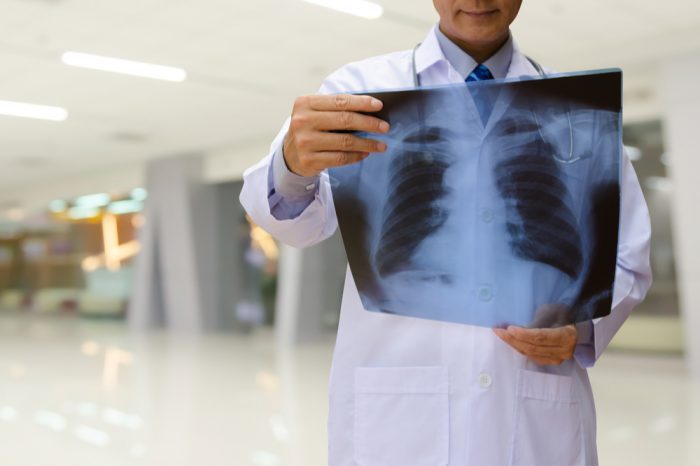 Are There Contaminants in Your Cannabis Vape oil?

There are two concerns about contaminants in cannabis oil products: the accidental pollutants lingering from the production process and the deliberately included ingredients, such as thinning agents, flavors, and preservatives. Both are concerning, and both have inadequate research.

Contaminants leftover from the production processes are cause for concern for all types of cannabis oil. Despite the lack of completed research, it’s advisable to avoid vaping butane or other pesticide products at all costs. Thankfully, in legalized areas, legislation often mandates some form of lab testing to ensure purity and reduce the risk of petrochemical solvent, pesticide, or other agricultural chemical substance.

In a recent investigation, eighty percent of concentrates sampled from within California’s medical cannabis industry contained some degree of contamination. While this is a cause for serious concern, in many cases, conscientious consumers can easily reduce or avoid this risk altogether. You can accomplish this by sticking to pure cannabis oils (those without any filler ingredients or flavors). Especially those providing evidence of third-party lab tests.

There is a second, and the more concerning issue, too. This is that cannabis oils designed for vaping often contain additional ingredients beyond the naturally occurring oils, cannabinoids, and terpenes. Flavored, or otherwise adulterated cannabis juices, may contain any number of elements also used within the e-cigarette industry. The e-cigarette industry is not regulated like the tobacco or cannabis industry, and many of these additional ingredients have not undergone tests for human inhalation. These ingredients include: propylene glycol, vegetable glycerin, and flavorings such as vanillin, diacetyl, and cinnamaldehyde. 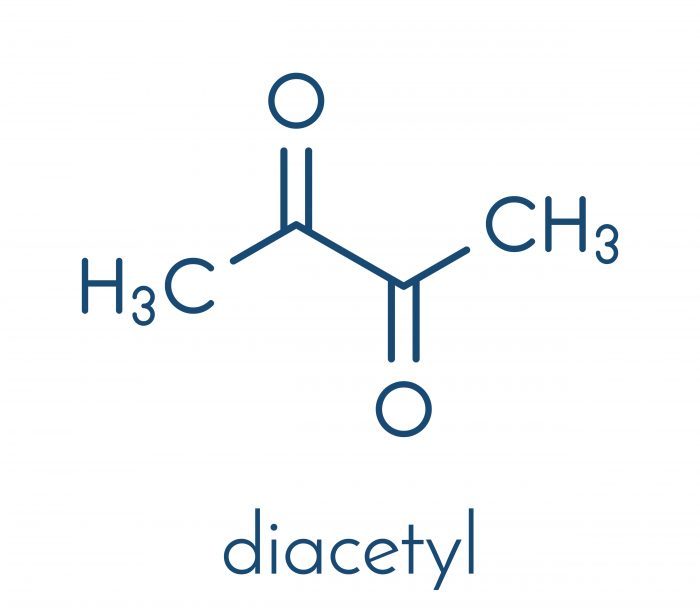 What are the Risks of Popcorn Lung or Cancer?

The consensus is that the more we process the vaping product away from raw cannabis flower, the greater the health risks. A preliminary study does suggest, at least in the petri dish, that non-nicotine ingredients of e-cigarettes cause damage to DNA, which may lead to cancer. Cannabis vape juice often contains these same ingredients.

There is also the issue of popcorn lung. It’s a disease named after workers’ exposure to the chemical diacetyl in a microwave popcorn factory. It is an area with comparatively more research into its harmful effects. When inhaled over prolonged periods, the chemical scars sensitive lung tissue, and triggers the onset of bronchiolitis obliterans. This is an irreversible and serious condition impeding breathing. The popcorn industry no longer uses Diacetyl. It is, unfortunately, present in many vaping products with vanilla, caramel, or other buttery flavors.

Until further research occurs about the safety of additional ingredients included in cannabis vape products, steer clear. If you are using an unclean cannabis vape juice, consider switching to something without dangerous byproducts. Or, to vaping plain, dry, bud.