Barred at the Border: Cannabis Workers and Investors

Canadians Who Consume Cannabis Can’t Cross the Border? Americans Too?

Update: At the end of October, CBC interviewed American immigration lawyer, Julie Kruger, and she indicated that Canadians engaging in legal activity need not fear consequences when crossing at the border.

However, if you have a past record of “criminal” activity, you likely can’t cross the border. If you don’t, defer, ultimately, to the following statement. “What their purpose is is to be looking for people who are going to engage in illegal activity in the U.S. or people who have convictions outside of the U.S. for things that would be illegal in the U.S. as well.” Does that fit you? If not, good.

In the latest example of the extreme oddity of federal cannabis laws, the U.S. Customs and Border Protection Agency may start banning (for life!) Canadian citizens who have used cannabis or worked in the legal cannabis industry, or those whom have invested in cannabis stocks.

You read that right. When Canada becomes the biggest industrialized nation to legalize cannabis sales on Oct. 17 of this year, the floodgates will open for entrepreneurial-minded citizens to invest in, work with or consume cannabis without fearing governmental retaliation. At least not from their government. The United States still considers the substance a Schedule I narcotic — and those who sell it to be drug traffickers.

The biggest risk for Canadians comes along the 1,538-mile border between the two nations, the longest two-country border in the world. At crossing points, U.S. agents will continue to apply federal anti-cannabis laws — allowing them to deny access to anyone with a history of using or work with the plant entry into the country.

Who Can’t Cross the Border?

So the question is: how will they know?

According to an interview that Todd Owen, executive assistant commissioner for the Office of Field Operations, gave to Politico, U.S. border agents regularly ask entering Canadians about their employment and, sometimes, their past substance use. Questions about working with cannabis or investing in cannabis at a border crossing may not be asked to every Canadian citizen — but they won’t be rare, either. 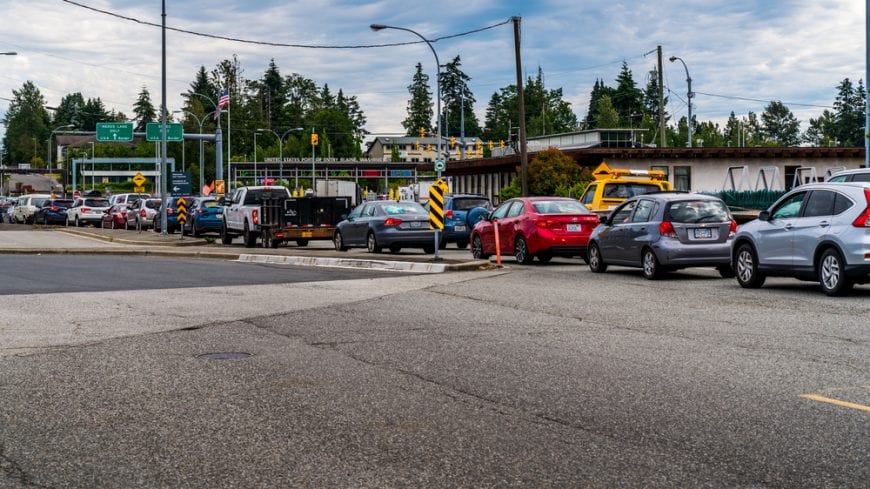 What’s more, a simple denial may not grant safe passage. The official position of the U.S. government is that agents have the right to take Canadians’ phones and demand passwords. This gives border crossing a scary, Kafkaesque feel, and also grants foreign agents access to well, nearly everything in your life thanks to the integration of cell phones into the daily habits of modern workers.

And lying to a U.S. border agent is a ban-worthy crime in and of itself — so artful Canadians who think they can talk their way around their cannabis ties may face penalties anyway, if evidence of cannabis involvement is discovered on their cell phones.

Immigration Canada, a website run the by the Canadian Citizenship and Immigration Resource Center, advises our neighbors to the North to be careful while border crossing. While many U.S. agents allow travelers to voluntarily turn around after being denied admittance, some will not. And it looks like orders have come in to crack down harder on cannabis-related incidents: The number of times border agents who inspected phones rose by 60 percent last year alone and more than 30,000 crossers had their phones checked. So what happens if you resist turning a phone over? The CBSC will likely confiscate it with a warrant. In that situation, they can legally keep the phone for five days.

The insanity knows no bounds. Here’s an example of what could happen: A Canadian citizen, after Oct. 17, could want to cross from the province of British Columbia. In B.C. cannabis is legal. In Washington state, having a small amount of cannabis is legal. But, admitting to a legal activity while moving between those two places is a crime. If they admit it, then this person can’t cross the border?

What about Americans Coming Back Home from Canada?

If those rules apply to Canadians, are American travelers to Canada subject to the same line of inquiry on return? The answer, while technically unclear, is probably no. U.S. tourists may be asked about carrying cannabis with them — which is a crime — into the U.S.

RELATED  Woman Feels No Pain Due To Endocannabinoid System Mutation

However, they probably won’t deny re-admittance due to cannabis consumption. They can, however, still take a peek at your cell phone and laptop — as long as they have “individualized suspicion of wrongdoing.” They are not allowed to download data from the cloud, but almost everything else is fair game. Officers of the Customs and Border Protection agency behave a lot like cops; they will stretch the scope of their legal limitations with travelers, and try to get away with what they can. A border crosser who says “Sure, here’s my password” won’t get any protection from the Fourth Amendment.

However, this is not the end. The issue keeps winding its way through the courts, so things could change. Especially if the makeup of the Supreme Court changes in the near future. This could prompts a tighter crackdown on border security. If you’re planning to travel, do a quick Google search or call Customs and Border Patrol to be sure. 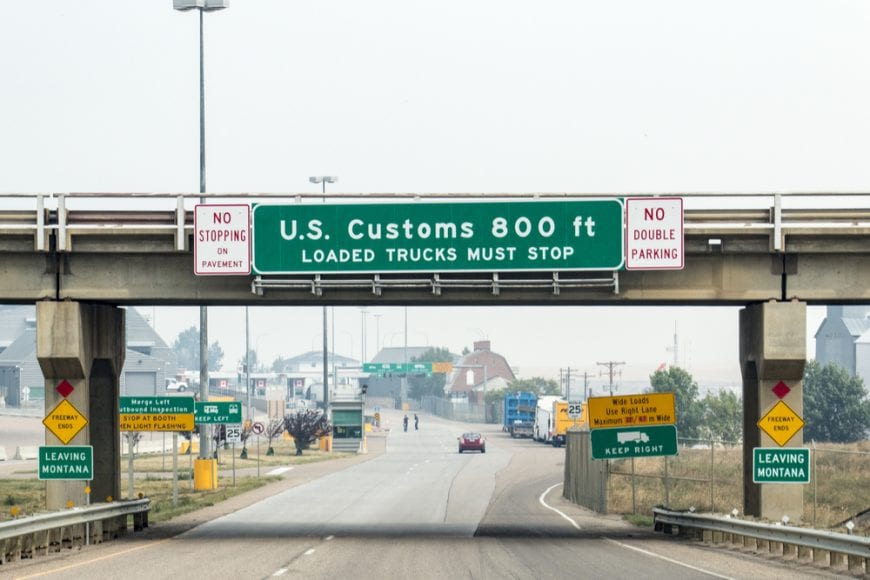 Can, or Can’t, You Cross The Border?

Because the issue is so thorny and unclear, Congressman Luis Correa sent a letter on Sep. 17 to DHS Secretary Kirstjen Nielsen asking her to clarify what foreign nationals can expect from CBP agents.

There’s a lot at stake here. Beyond the legal hassles and duplicity, there’s an economic argument against denying law-abiding Canadians access to the U.S. Bloomberg reports that Canadian tourists spent $19.8 billion in the U.S. in 2016. How much of that will go up in smoke?