When I’m Using Cannabis Daily, My Crohn’s is Under Control

Cannabis has allowed me to live my dream as a traveling musician! It has helped me take my health back from Crohn’s!

My name is Caroline Crews. I’m 38 years old and I have Crohn’s Disease.

I had my first surgery for digestive issues at 5 weeks old and continued to have debilitating pain, nausea, diarrhea, and many other issues pretty steadily until I was diagnosed when I was 8.

In 1999, I was introduced to pain medication. I honestly had no idea what the medicine was – Hydrocodone. My doctor called it into the neighborhood pharmacy and my mother picked up the prescription and was told nothing about the medicine or its side effects. After taking a pill and finally feeling relief, I soon became dependent on them daily and was placed with a pain management doctor.

I had my second bowel resectioning surgery in 2000. They removed around 6 inches of small intestine. After that, I stayed on pain management for many years with my doses steadily rising to match my tolerance.

When my mom passed in 2003 of cancer, my addiction spiraled out of control. I really lived my life just thinking about pills, counting pill, taking pills. They controlled everything. Finally, I accidentally overdosed. A friend found me. I woke up in ER, only to have the hospital staff treat me like a criminal. It was awful. 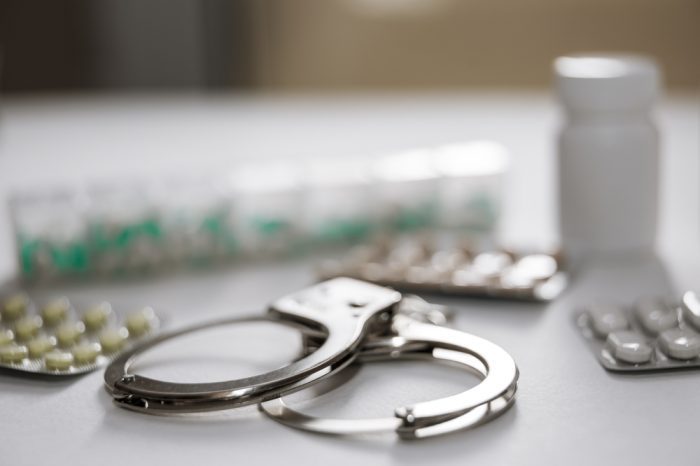 The Doctor Dropped Me

The doctor who prescribed all of the narcotics dropped me as a patient. I was truly mortified. I couldn’t deny my problem anymore, so I went to a detox facility then rehab for 28 days. After that, I stayed clean but still had tremendous pain and nausea and had no idea what to do about it.

Well, after being clean around 6 months, I developed leukocytoclastic vasculitis – itchy, painful red dots all over and they got worse fast…growing together and weeping. My skin was sloughing off. I was in so much pain I broke down and took narcotics after 2 days in hospital. (Crohn’s Disease can cause vasculitis.)

I was back on the pain meds and devastated. One night I just got so sick of the pills and the constant pain, I smoked a joint. There was IMMEDIATE pain relief and stress relief, like my mind was clearer!

Since picking that joint up in February of 2015, I have stayed off of all narcotics and had relief for ALL symptoms of my Crohn’s (and depression and anxiety)! The only problem I had was living Tennessee. So, I went to Colorado…

I will tell you that the times where I had no access to cannabis, my disease came back full force. When I am using cannabis daily, my Crohn’s is in full remission.

Now, cannabis has allowed me to live my dream of being a touring musician.

From RxLeaf: Cannabis for Crohn’s Disease

Crohn’s Disease is a painful and challenging inflammatory bowel disease which can severely impact the quality of life for those with the diagnosis. Despite surgery and other invasive treatments, the majority of patients relapse. Roughly 25 percent experience constant chronic symptoms, which can lead to further hospitalization and surgery.

With increasing evidence that cannabis can help reduce the severity of symptoms and celebrity endorsements – medical cannabis use is prevalent among patients. Considering the standard treatment options, including harsh pharmaceuticals, pain medications, and surgical interventions, it’s no wonder.

In 2018, during UEG Week 2018 in Vienna, researchers from Israel presented their positive findings on cannabis for Crohn’s. Their placebo-controlled study of 46 patients found that 65 percent experienced remission of their disease after eight weeks. While eight weeks is a relatively short period, this study was still notable because these patients qualified for clinical remission. Patients received a low THC strain of cannabis extract containing 15 percent cannabidiol and only 4 percent THC.

This research supports the Israel teams previous investigations of cannabis for inflammatory bowel diseases. In an earlier survey of patients with Crohn’s Disease, this team discovered many patients relied on cannabis for “IBD-related symptoms, including abdominal pain, diarrhoea [sic] and reduced appetite.” It seemed particularly useful for patients who had surgical history, chronic pain, or low quality of life score.

While many patients already rely on cannabis for the treatment of the challenging symptoms of this disease, we still know very little about this relationship. First, we still have only a minimal understanding of Crohn’s Disease, and second, cannabis research has long been stymied by strict legislation. With time and open legislation, more people like Caroline will find relief through cannabis.