Originally called GPR55 after the gene that encodes it, the CB3 receptor is an exciting discovery for science. It is now clear this receptor is part of the Endocannabinoid System and interacts with both endogenous cannabinoids and phtyocannabinoids (like THC and CBD).

Every animal, both vertebrates and invertebrates, have an Endocannabinoid System. Cannabinoid receptors are found throughout the body. So where has CB3 been hiding? Well, turns out it hasn’t exactly been hiding. It’s more like researchers didn’t connect it to endocannbinoid activity before now.

Firstly, the two most researched receptors are CB1 and CB2. While CB1 receptors are prominent in the central nervous system, and CB2 receptors typically reside in the immune system. CB3 receptors were incognito, previously identified as GPR55. At first, science didn’t know that this receptor even accepted cannabinoids.

What is the CB3 Receptor?

The CB3 receptor stayed hidden from scientists because it’s so unlike the other cannabinoid receptors. It only shares fourteen percent of amino acid identity with them. It simply doesn’t look like it would react with cannabis, so scientists on the hunt for new cannabinoid receptors passed over it for years. The alternative name for CB3 is GPR55. It is also identified as an orphan receptor. This designation means that while the receptor had been found, science doesn’t yet know what activated that receptor.

When CB3 was first discovered in 1999, many doubted it was a cannabis receptor. It wasn’t until real proof came along years later (finally confirmed through a 2008 study published in the journal PNAS) that medical researchers accepted that GPR55 was indeed CB3.

Now, more recent research on the CB3 receptor is ushering in an era of new possibilities that may finally explain the unsolved mysteries of cannabis medicine. 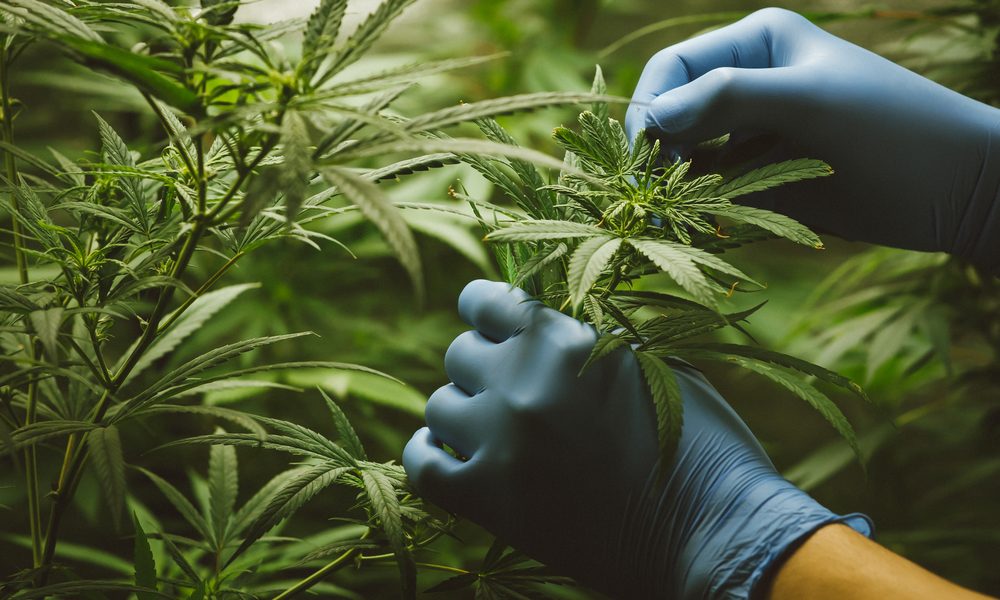 A Closer Look at the CB3 Receptor

The CB3 receptor is a G-protein coupled receptor that is scattered through the body, but shows greater concentration in the testes, speed, and brain. It can also be found in abundance within the small intestine. This cannabinoid receptor is most densely packed in the brain’s cerebellum region, which controls the body’s motor functions, such as walking and speech.

Once it was discovered, scientists had to figure out what the GPR55 receptor did. Early research, sponsored by companies like Astra Zeneca and Glaxo Smith Kline, focused on GPR55 as a possible mechanism for controlling blood pressure.

RELATED  In Presence of Cannabis Your Body Makes More Anandamide

This is important, because CBD is not known to directly bind to other receptors in the Endocannabinoid System. According to a study published in (2007), CBD has “little binding affinity for either CB1 or CB2 receptors, but is capable of antagonizing them in the presence of THC. [2]Thomas, A., Baillie, G. L., Phillips, A. M., Razdan, R. K., Ross, R. A., and Pertwee, R. G. (2007). Cannabidiol displays unexpectedly high potency as an antagonist of CB1 and CB2 receptor agonists in … Continue reading This can explain why CBD is a remedy for having consumed too much THC. It will act to reduce any unpleasant side effects, such as feeling too high, heightened anxiety, or nausea.

Confirming the Role of the CB3 Receptor

But, it wasn’t until the 2008 PNAS study that scientists learned what actually happens when a cannabinoid, such as THC or CBD, interacts with GPR55 (the CB3 receptor). When THC enters the body and meets with a CB3 receptor, it binds and that results in an increase in intracellular calcium. This, in turn, inhibits the M current in the brain. Essentially, this means that the interactions of the CB3 receptor may control neuronal excitability. This has huge applications for maintaining healthy brain functioning.

Additionally, these are the first steps to understanding how the CB3 receptor functions within the Endocannabinoid System to influence the health of body and mind.

The CB3 Receptor and Cancer

Building off this research, a 2017 study, published in the cancer journal Oncotarget, [3]M Mangini, E Iaccino, M Giovanna Mosca, S Mimmi, R D’Angelo, I Quinto, G Scala, S Mariggio. (2017). Peptide Guide Targeting of GPR55 for Anti-Cancer Therapy. Oncotarget 17;8(3):5179-5195. doi: … Continue readingshowed, beyond a doubt, that GPR55 expression correlated strongly with cancer cells that are about to metastasize. In this way, its presence is like the canary in the coal mine for cancer staging.

Scientists reasoned that if CB3 receptors could be manipulated, most probably by cannabinoids, these might be able to stop the spread of cancer by killing the signalling device of cancer cells. Or, to put it another way, science may now know where to look to decipher the anti-cancer potential of cannabis. 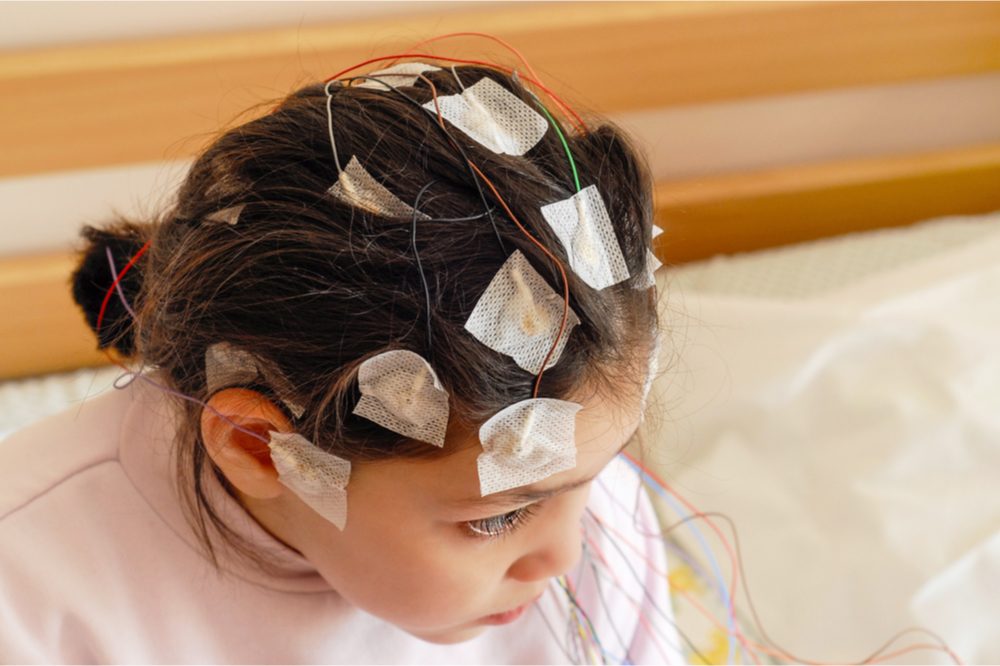 Other research into the CB3 receptor has focused on the relationship between cannabis and epilepsy. It’s long been demonstrated that cannabis has anti-seizure properties. The first cannabis-based drug approved by the American FDA is currently being used to manage the symptoms of epilepsy, called Epidiolex. In fact, scores of seizure sufferers have had their lives transformed by cannabis oil.

Yet, despite the many anecdotal reports and growing volumes of research, there is still not a satisfying explanation as to why cannabis has such powerful anti-seizure properties. The discover of the CB3 receptor concentrated within the part of the brain responsible for motor function seemed a promising clue.

In 2017, a group of scientists, publishing in the journal PNAS, broke the concept wide open. It was already confirmed that CBD reduced the frequency and severity of seizures in patients with Dravet Syndrome. But, this new rodent study, published in the journal Proceedings of the National Academy of Sciences of the United States of America (2017),((S Joshua, S Nephi, W. Catterall, R Westebbroek. (2017) Cannabidiol Attentuates Seizures and Social Deficits in a Mouse Model of Dravet Syndrome. PNAS 114 (42) 11229-11234. doi.org/10.1073/pnas.1711351114.) went one step further in explaining just how that worked.

The Next Steps for the CB3 Receptor

The excitement over a confirmed novel cannabinoid receptor is good news for cannabis-based medicine, as well as for general research into disease. As scientists come to understand the full scope and function of the human Endocannabinoid System, they are closer to understanding a vital and multifaceted component of the central nervous system. The more medicine understands this system, the better it will be able to treat multiple disease and disorders – whether this be through cannabis or another type of medicine.

RELATED  New Discovery About CB2 Could Unlock the Mysteries of Cannabis

Interestingly, other compounds and molecules can activate the CB3 receptor. There are lipids and peptides that work with the cannabinoid receptor to make changes in the body’s neurochemistry.

The bulk of new information coming is likely to explain the behavioral, vascular, and immunological functions of cannabis in the body. What new treatments will come? It’s anybody’s guess. But, connecting the CB3 receptor to the endocannabinpd system is something to be very excited about!

Taking CBD and THC Together Can Lower the “High”