CBD and Pregnancy: Is It Safe For Nauseous Mothers?

Is CBD and pregnancy a safe combination?

Persistent nausea plagues many newly pregnant women. ‘Morning sickness’ afflicts women any time of day, so its name is not very accurate. In extreme cases, nausea and vomiting linger all day. The tips and tricks of trying to stop these symptoms range from simple dietary hacks: saltine crackers as soon as you wake up; eating frequent and smaller meals; daily supplements like ginger or vitamins B6 and B12. As well as some more elaborate strategies, including acupuncture and hypnosis. Modern moms-to-be have been investigating if CBD and pregnancy may be the combination that soothes. What does science say about its safety?

Cannabinoids are Important to Development of the Fetus

The answer to the efficacy and safety of cannabis during pregnancy is still in question. Positive studies are described below. But, we can start by considering this: are endocannabinoids important for creating and developing new life?

Much data on this already exists. And it describes a tightly regulated set of processes that lead to fertilization, embryo implantation, growth and development of the fetus. Two important points arise from these observations:

1) Adverse events pre-pregnancy (infertility) and early pregnancy (miscarriages) may occur due to endocannabinoid imbalance, warranting the application of phytocannabinoids as potential therapeutic strategy and;

2) introducing phytocannabinoids when there is an endocannabinoid balance may lead to perturbations that would interfere with normal progression of the pregnancy.

One of the larger studies collected data on prenatal cannabis exposure for 145 children over a 22-year period. Assessed variables include physical and psychological development, behavior, psychomotor ability, and intellect. Following this longitudinal study, the authors discovered very few differences between individuals exposed to cannabis and those that were not. One of the main conclusions was that a combination of exposure to prenatal alcohol, tobacco, and cannabis contributed to 8% differences in children’s development scores.

RELATED  What is the Future Of Cancer Treatment?

A smaller study, involving 24 newborns in Jamaica, concluded that cannabis-exposed infants show better physiological stability and alertness. These babies were also less irritable which resulted in reports of easier care.

And most recently, a report by the National Academies of Medicine on neonatal and postnatal cannabis exposure, found that the only statistically important factor was lower birth weight for babies of mothers who consumed cannabis. 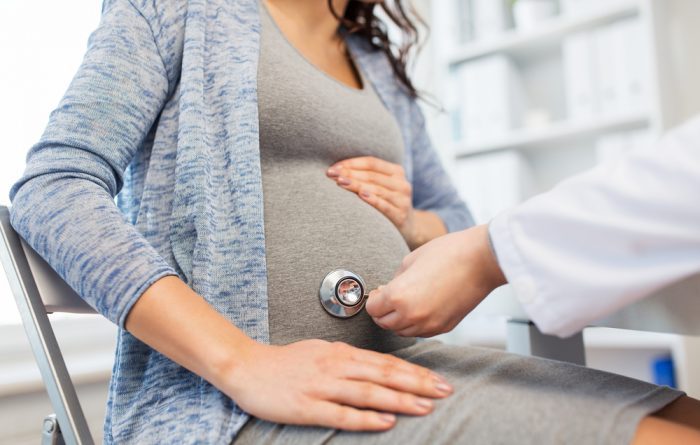 The myometrium is the muscular wall of the uterus. Its fitness is an important determinant of uteroplacental support.  Muscles of the uterus must maintain relaxation to ensure proper gas exchange between the mother and fetus.

The pregnant human myometrium is abundant in CB1 and CB2 receptors. Studies show that anandamide and phytocannabinoids exert a potent relaxing effect on uterine muscles, via CB receptor activation.

Further aspects of human pregnancy are likely regulated by endocannabinoids, as suggested by the increase in circulating anandamide throughout the pregnancy. Anandamide levels peak just before the onset of labor.

Another study demonstrated that this CBD-like compound caused a relaxing effect on the myometrium by countering oxytocin-induced contractions. These results were obtained in vitro, on myometrial tissue strips obtained from women at the time of caesarian section for full-term pregnancies.[1]Houlihan DD, Dennedy MC, Morrison JJ. Effects of abnormal cannabidiol on oxytocin-induced myometrial contractility. Reproduction. 2010;139(4):783-788. doi:10.1530/REP-09-0496 Nevertheless, the data supports the role of cannabinoid regulation of myometrial contraction/relaxation balance. And this, in turn, plays a crucial role in maintaining placental blood perfusion.

Additionally, the therapeutic potential of CBD may be explored for adverse events affecting oxygen delivery to the fetus. It is possible to envision that one of the benefits of future personalized medicine for pregnant women will include assessment of their endocannabinoid tone. Cannabinoids regulate all aspects of pregnancy, including its culmination in labor.