Promising new research shows that CBD can kill gram positive bacteria, even those that have developed resistance.

Editor’s Note: an earlier version of this article identified E.Coli as a gram positive bacterium. We have since corrected this error. Apologies for any confusion.

We’ve known for years that cannabinoids can help with a host of different medical conditions. Solid research has led cannabidiol (CBD) to be approved for the treatment of seizure in epilepsy and spasticity in multiple sclerosis. But did you know that CBD could also act as an antibiotic?

The world is facing a healthcare crisis as more and more species of bacteria become resistant to even our ‘last resort’ antibiotics. The World Health Organization has stated that antibiotic resistance is one of the biggest threats to global health, food security, and development.

A growing list of conditions, such as pneumonia and tuberculosis, are already becoming difficult to treat due to this resistance. Medical researchers are actively looking for alternative solutions, such as CBD.

A recent study, out of the University Of Queensland’s Centre for Superbug Solutions, discovered that CBD possesses potent antibacterial activity. Researchers have endorsed it as a “promising new antibiotic.”

The Queensland research was sponsored by Botanix Pharmaceuticals, a Perth-based pharmaceutical company developing a range of CBD products to treat serious skin disorders. Specifically, Botanix are producing CBD-based medicines to treat skin conditions that involve inflammation and/or infection. These include: atopic dermatitis, acne, and psoriasis. 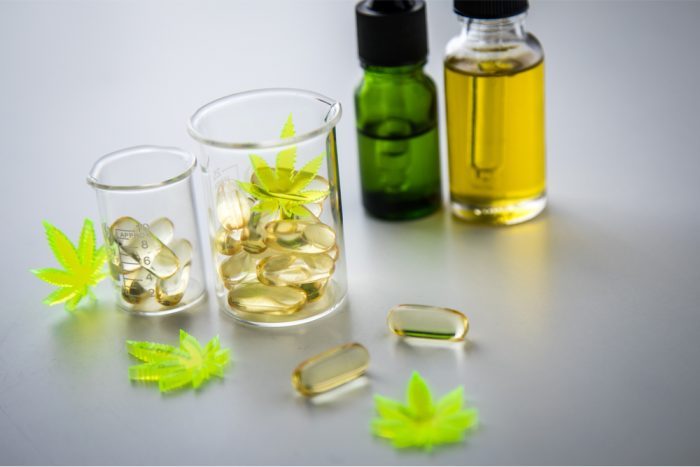 University of Queensland scientists tested CBD against a range of bacteria both in vitro (in a test tube) and in vivo (using living subjects; in this case, mice with a thigh infection.)

Broadly, disease causing bacteria come in two types: gram positive and gram negative. The difference between the two comes down to the structure of their cell walls. These structural differences mean that certain antibiotics will only work against one or another type of bacteria, typically, not both.

In the tests, CBD was effective against gram positive bacteria but not gram negative. Really effective. The Australian scientists found that CBD worked just as well as prescription antibiotics, like vancomycin and daptomycin. The cannabinoid even dispatched antibiotic-resistant bacteria, such as MRSA. Researchers believe that CBD could be less likely to cause resistance than pharmaceutical antibiotics.

Furthermore, researchers suggest that CBD could prove especially helpful for specific conditions due to a combination of antibiotic and anti-inflammatory effects. They believe this unique combination of may reduce tissue damage of infections, caused by inflammation.

When Can I Start Using CBD as an Antibiotic?

At this stage, we wouldn’t recommend throwing out your antibiotic prescription and replacing it with CBD. The results of the study are statistically small. They have not yet seen peer-review. These steps are important as preliminary tests in the lab don’t necessarily translate to clinical outcomes in people.

However, CBD has already been approved to treat other conditions and has an excellent safety record. This means that it could be easier to move into human clinical trials.

One of the dangers of antibiotic resistance is that drug companies are sometimes hesitant to invest in new antibiotic drugs. The process of identifying a new compound, figuring out if it could work, and performing the required studies is long and expensive. All in all, new drug approval can takes over a decade.  However, repurposing existing approved drugs can prove faster and cheaper. 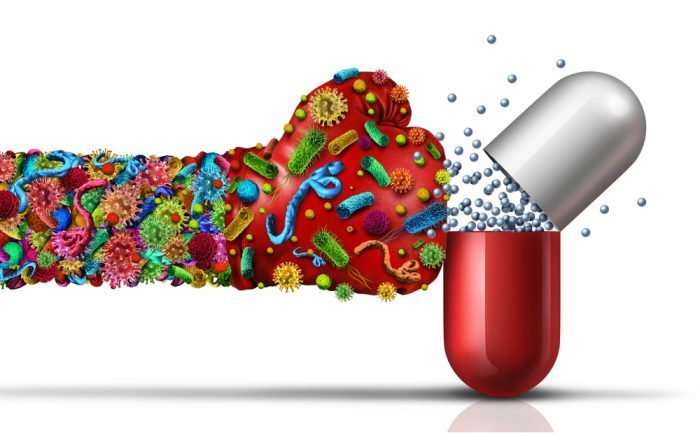 What the Future Holds for CBD as an Antibiotic

Cannabis enthusiasts may wonder: why do we need the pharmaceutical companies on board? People have been treating their own skin conditions with cannabis for years.

A standardized and licensed product is a lot more attractive to patients and parents because these eliminate dosage confusion. This is even more true for doctors accustomed to working with rigorously tested medicines with specific prescription guidelines. Cannabis medicine is not there now. However, CBD’s promise as an antibiotic means that researchers and drug companies will be eager to follow up on this Queensland research.