CBD Can Mess With Dosing For Psych Meds Just Like Grapefruit

CBD reduces the activity of liver enzyme, cytochrome, and this can interfere with your other meds.

Do you have take medications that have warnings against taking them with grapefruit? Its more common than you think. A similar situation might exist regarding those taking CBD and psych meds. While most of these medications are also probably safe to take with CBD, its good to check with your doctor first. The following is why.

The more we learn about medical cannabis, the more researchers question and debate their previous findings. Accusations of bias and incorrect data readings are not uncommon in the world of research, and the field of medical cannabis is no exception to that rule. It’s always important to hear all voices in a debate over potentially life-saving treatments. But it’s just as important to judge results with steely-eyed realism.

One of the biggest debates raging in the pages of today’s medical cannabis journals is about how cannabidiol (CBD) may or may not react with other drugs.

Some scientists claim that CBD has the potential to disrupt the way other drugs function due to the way it’s metabolized by the body. On the surface, this is a perfectly valid claim. We already know that CBD alters the way THC functions, which is why cannabis strains low in CBD produce more of THC’s psychotropic effects.

At issue, however, is whether CBD has the same effect on other substances, specifically medications. And, if so, to what effect? 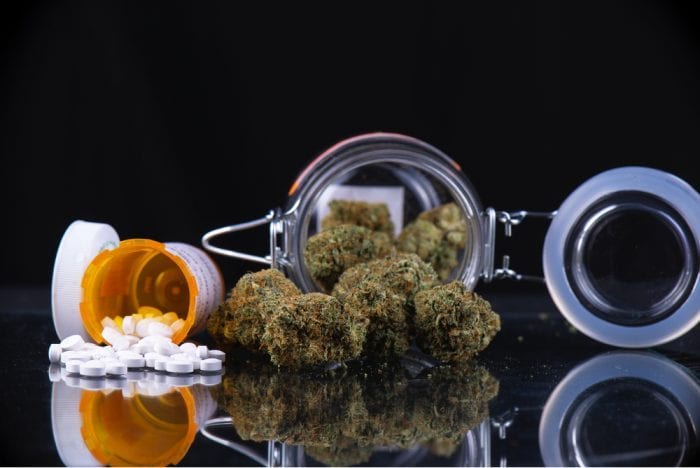 There’s some evidence that CBD may reduce the activity of a cytochrome P450, a name given to a collection of liver enzymes that help the body metabolize foods and medications. Researchers in the 1990s found that CBD, in certain doses, could deactivate cytochrome P450 enzymes, causing the body to break down and process certain medications differently.

It works like this: When CBD enters the body, it crowds out places for cytochrome P450 to do its business. When that happens, medicines that are normally broken down by cytochrome are either merely partially broken down or delayed in their breakdowns. In that case, medications don’t act as they should.

Or so the theory goes. The research came out a long time ago and wasn’t particularly robust. What do modern scientists say?

A recent article published in Expert Opinion reviewed literature on this topic, covering articles in databases like PubMed, PsycInfo, and Scopus from their founding through Jan. 2017. The end result rested on two strong statements. First, that CBD can indeed be an inhibitor of cytochrome P450. Second, doctors who are treating patients by using psychotropic agents should carefully read up on the potential drug interactions that may be associated with cannabis use.

Researchers found scientific consensus in that CBD may interfere with medical dosing. This was only true for psychotropic substances, chemicals very much like THC. What’s more: A randomized, double-blind study published in 2005 focused exclusively on this question noted that the effects of CBD on cytochrome P450 inhibition is partial and small.

In fact, it’s probably less of an issue than eating grapefruit.

That’s right — grapefruit contains certain enzymes that also inhibit the body’s ability to break down some molecules. Drugs like the popular opioid Fentanyl as well as Xanax and the allergy medicine Allegra all contain serious warnings about eating grapefruit while taking the medication. Allegra even has it for other fruit juices like apple, as well. 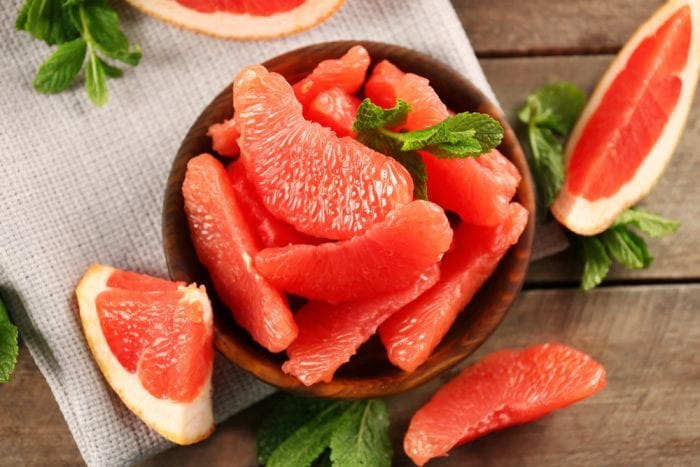 So Can Patients Combine CBD and Psych Meds?

It’s justifiable that the medical community would want to exercise caution when dealing with an unknown variable. And right now, CBD’s interactions with certain psychotropic drugs is not crystal clear. What we do know is that it has the potential to change how the body interacts with drugs. However, we’re not sure if that means people will need more or less of that drug. And how much CBD it takes to make a difference. And when doctors are dealing with those sorts of issues, they tend to err on the side of caution.

People have been taking CBD oil to supplement their medications for a long time now, and very few have stepped forward with horror stories. In fact, it’s mostly been the opposite. Still, it’s something to consider. If CBD or grapefruit block the metabolism of your psych meds, you’ll need to carefully plan when you take each. Thankfully, depending on the person, some people even find themselves able to wean off of medications once they begin taking CBD from a reliable producer. Speak to your doctor, before you do so, though.