A new survey from the Arthritis Foundation supports CBD consumption to help ease the symptoms of arthritis.

A new survey from the Arthritis Foundation reveals that the knowledge about CBD for arthritis runs far wider than anyone realized. In fact, it’s practically gone mainstream. Arthritis affects over 50 million Americans and is a leading cause of disability. So, the fact that so many are getting relief from cannabis is very hopeful.

The survey captured the response of 2,600 patients. A whopping seventy-nine percent of the surveyed arthritis sufferers are already using CBD, have used it in the past, or are considering using it in the future. This holds true across the spectrum of the condition, from osteoarthritis to rheumatoid, and even post-trauma arthritis.

As interest in CBD is fanned by media reports, viral patient confessions, and word of mouth, the Arthritis Foundation has begun to take CBD for arthritis seriously. The organization has even created its own CBD guide for people with arthritis.

According to an official press release, the Arthritis Foundation holds the following position on CBD use:

“We are intrigued by the potential of CBD to help people find pain relief and are on record urging the FDA to expedite the study and regulation of these products. While currently there is limited scientific evidence about CBD’s ability to help ease arthritis symptoms, and no universal quality standards or regulations exist, we have listened to our constituents and consulted with leading experts to develop these general recommendations for adults who are interested in trying CBD.” 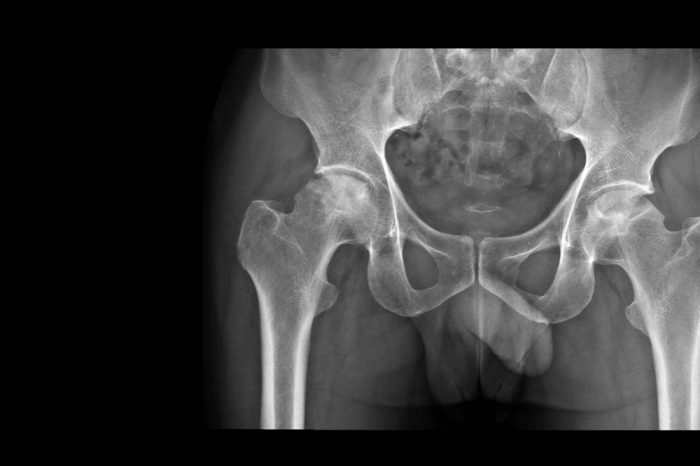 What is CBD Oil?

Cannabidiol (CBD) is a non-intoxicating cannabinoid found in cannabis. When patients shop for CBD oil, it will be found in many formats, each of which uses some sort of consumable oil as the base:

This type of oil is made from CBD extracted from the cannabis plant. It will be pure CBD without the presence of other cannabinoids or terpenes. This means there is no benefit from the entourage effect, but you can access higher concentrations of CBD that would not be achievable with whole plant (full spectrum) medicine.

It’s important to read the labels on hemp oil products. Hemp has a naturally low THC level (less than 0.3% by law) and is valued for its high CBD concentration. Hemp extract oil (from whole plant) and hemp seed oil (from cold-pressed seeds) are not the same thing. In fact, hemp seed oil is going to be very low in cannabinoids. It is not worth the money if you are looking to access potential benefits of CBD.

Whole plant oil, made from a chemovar rich in CBD, will have all of the medicinal benefits of other cannabinoids, terpenes, and flavonoids plus higher THC potency than hemp. This has potential advantages for patients treating pain and inflammation.

What the Science Says About CBD

Arthritis means “inflammation of the joints.” It refers to any condition where joints in the body become aggravated by an immune response. Arthritis affects people in myriad different ways and cannabis may help with many, if not all, of these.

While the official position of the Arthritis Foundation is that there is only “limited scientific evidence” about CBD for arthritis. This is what we know so far.  First and foremost, CBD helps control inflammation. While the mechanisms are still poorly understood, CBD interacts with the endocannabinoid system (ECS) to achieve this effect. Whereas THC binds directly to CBD receptors in the ECS, CBD does something else that researchers are only beginning to understand. The result, however, is an increase in circulating 2AG (endocannabinoid) and this compound binds to CB2 receptors to dampen the body’s inflammatory response.

A study. published in the European Journal of Neuroscience (2014) has shown that ingesting CBD oil under the tongue effectively treats osteoarthritic inflammation in animal subjects. Other works have noted that topical creams, when applied directly over affected areas, may significantly reduce inflammation and pain.

Pain relief is the other big way that CBD combats arthritis.  A 2017 study, published in Pain, demonstrated that regular doses of CBD soothe the pain that so often accompanies joint degradation. CBD accomplishes this by both inhibiting painful inflammation and by preventing the development of osteoarthritic pain.

It doesn’t hurt that CBD also reduces anxiety, calms nausea, and helps people transition to sleep, all of which often accompany an arthritis diagnosis. 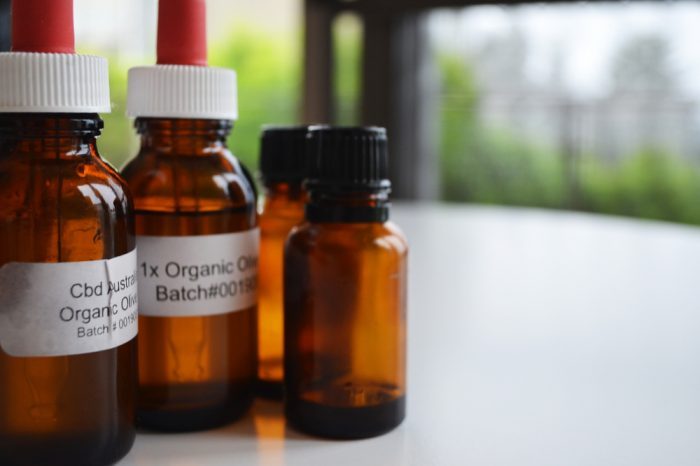 CBD for Arthritis: Start low and Build to Therapeutic Dose

According to a 2019 study, more than 90% of people who tried cannabis or CBD for arthritis found effective relief. It’s no wonder. When it comes to arthritis, CBD helps nearly every symptoms of the disease. Patients report that it is effective against insomnia, pain, depression, nausea, anxiety, and fatigue.

RELATED  Lowered Pain Tolerance Does Not Happen With Cannabis

The Arthritis Foundation advises interested patients to start with low doses of CBD. This can be increased gradually if they receive positive effects. The right dose is when symptoms abate. They caution patients not to replace their current medicines. The position seems to be an encouraging of those who want to try CBD.

The Arthritis Foundation recommends using CBD oil or edibles. Vaping and smoking can harbor certain pulmonary risks for aging populations. The foundation also encourages patients to go with two doses per day, and up the potency slowly over time.

But here’s the most intriguing part — the foundation also grants permission for patients to go beyond CBD for arthritis!

In its official CBD guide, the Arthritis Foundation encourages patients who live in legalized areas to consult their family physician about starting low treatments of cannabis — or CBD balanced with THC. While there’s less research about how THC treats arthritis, it has very potent pain-relieving properties. These could help patients for whom CBD is less-than-effective.

The bottom line is that CBD for arthritis has become too commonplace to ignore. Patients are using it at very high rates and seeing positive results. It’s time for the FDA to step up to the plate. They need to usher in a new era of well-regulated CBD drugs for arthritis.