Toe Fungus CBD: three little words researchers are investigating to see if they will kill that nasty foot problem.

You’ve probably already heard of CBD for inflammation, anxiety, and pain. Well, there’s a new incarnation of the wonder cannabinoid out there — toe fungus CBD.

Thanks to the supposed natural anti-fungal properties of certain cannabinoids, people have begun using CBD treatments to treat common ailments like athlete’s foot. That means sweet relief for the redness, blistering, peeling, and itchy sensations that come along with foot fungus.

The full range of benefits for toe fungus CBD (and the mechanisms behind them) are not yet fully understood. Scientists, however, are making great strides in unlocking the mysteries of medicinal cannabis for this ailment.

Cannabis is naturally resistant to a wide variety of fungal infections. That’s part of its hardiness and why so many farmers enjoy planting and harvesting hemp. It simply doesn’t need the kind of care and pesticides that many modern crops require. Fewer pesticides means less cost for farmers, and less pollution for the soil. 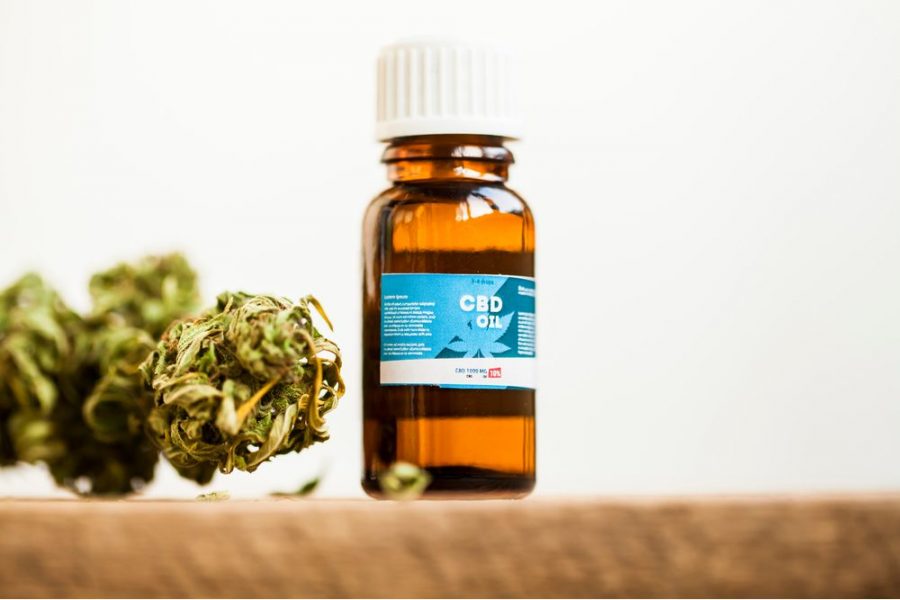 While fungal infections respond well to CBD-based treatments, it’s not the only beneficial substance in full-spectrum oils. One common terpene, trans-nerolidol, is a powerful anti-fungal agent found in the essential oil of many plant varieties.

Trans-nerolidol is a sesquiterpene alcohol found to be naturally occurring in things like orange peels and other citrus rinds. In 1994, it was found to protect against two kinds of fungal problems: fungal infestations brought on by insects and endophytic fungi.  Trans-neridol was able to prevent infections caused by germ-carrying bugs as well as dank, moldy spaces. The latter is especially important in prevention and treatment of toe fungus.

Other Cannabinoids Have Anti-Fungal Properties

Two of the other important players in the cannabis mix are cannabigerol (CBG) and cannabichromene (CBC). Both of these compounds have terrific antibacterial and anti-inflammatory properties.  The latest research shows that both of these cannabinoids, present in full-spectrum cannabis oil, have anti-fungal properties. Both have been successfully used to treat onychomycosis (the most common kind of toenail fungal infection).

And, thanks to the entourage effect, these components could be even more potent when combined together. If you can find a full spectrum CBD-rich oil (also called whole plant extract) then you may be getting even more bang for your buck with the combination of these three other critical anti-fungal cannabinoids.

Is CBD Better Than OTC?

The anti-fungal cannabinoids that make up full-spectrum cannabis oil have shown great benefits, but are they really better at treating fungal infections than typical pharmaceutical creams? The answer may be that they’re not better or worse, but nearly the same.

That’s because, from the limited amount we understand about toe fungus CBD, there are already many similarities with over-the-counter medications. The lab-created foot creams that currently treat athlete’s foot may be no better than a smear of CBD oil. So this is a prime spot for medicinal cannabis to break into the mainstream treatment market.

How Does Toe Fungus CBD work?

At their chemical core, nearly all cannabinoids have a single hydroxyl group of one oxygen atom and one hydrogen atom. These hydroxyl groups attract other compounds that include oxygen. When these compounds meet and react, they go through a chemical process called oxidation, which binds together. This binding forever changes both molecules.

After they’ve gone through oxidation with cannabinoids, fungal cells cannot build on themselves and continue multiplying. This happens because their oxidized state prevents the fungal cells from producing an enzyme called ergosterol, which they need to survive.

In simpler terms, cannabinoids prevent fungal infections from spreading by blocking them on a molecular level. 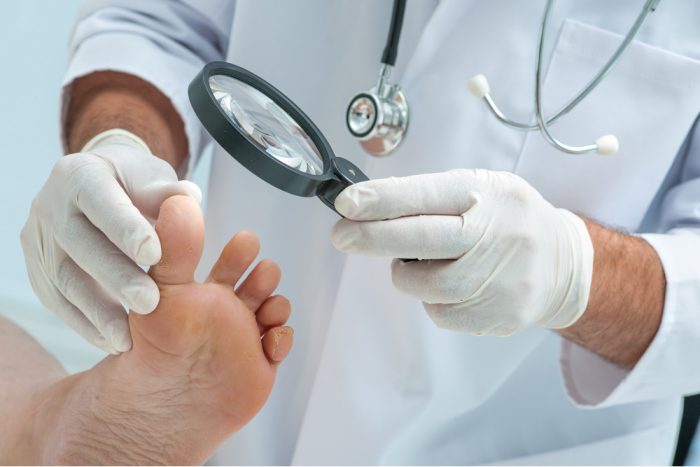 The medications we use for fungal infections will evolve as scientists learn more about the mechanisms of toe fungus infection. Instead of simply blanketing every fungal infection with full-spectrum CBD-rich oil, we may be able to calibrate specific mixes of terpenes and cannabinoids to pinpoint and eliminate individual fungal varieties.

RELATED  Liver Damage Could Result From Mix of CBD & Acetaminophen

CBD, CBC, and CBG are certainly important components in the fight against fungus, but it’s possible they’re not the only weapons that cannabis has. Still, these three chemicals form a broad-spectrum defense and prevention against many of the most common and most unpleasant kinds of fungal infections that people acquire.