CBD Extract May Change Effectiveness of Other Medications

Research shows CBD may inhibit the activity of enzymes that break down other medications.

Cannabidiol (CBD) is one of the primary cannabinoids in the cannabis plant. Patients most commonly take it for pain and epilepsy. Healthcare providers often give it in combination with THC, to lessen that cannabinoid’s psychotropic effects. However, there are several drugs that interact with CBD along its degradation pathway. As a result, some drugs will affect the dosage needed for effective levels of CBD, and other drugs are affected by CBD and may also require dosage adjustment. This means you should probably ask your doctor if you can take CBD oil with your other medications safely.

How Does CBD Metabolize?

CBD is metabolized by a group of enzymes called cytochrome P450 (CYP) enzymes, which are also responsible for metabolizing many other medications.  CBD can inhibit the activity of several of these enzymes, such as CYP3A4 and CYP2C19. When CBD inhibits them, these enzymes will not break down other medications as quickly. This results in higher levels in blood circulation. Further, it keeps the medication in the blood stream for a longer period of time than if taken alone.

CBD levels could also change if the patient ingests drugs that inhibit or induce CYP enzymes. This effects the overall dose of CBD.

What Important Medications Should I know About?

Important medications that patients are likely to take together with CBD are anti-epileptic drugs. This means potential interactions with these drugs should be well studied. CBD has gained traction as an effective treatment for certain childhood epilepsies that are difficult to control with other medications. If approved, doctors would probably prescribe CBD in conjunction with other medications. This would hopefully optimize disease control.

Animal studies have indicated that CBD can potentially increase the levels of certain common anti-seizure medications in the blood. For example, a study on patients taking clobazam showed that CBD increased the levels of clobazam. This means it caused an increased sedative effect. Because CBD inhibited CYP2C19 (the main enzyme that breaks down clobazam) clobazam accumulated in the blood.

The study found that patients could reduce their dose of clobazam while also taking CBD. Even better, the side effects went away while still maintaining effect treatment of epilepsy. Other anti-epileptic drugs found to interact with CBD include topiramate, zonisamide, and valproate. 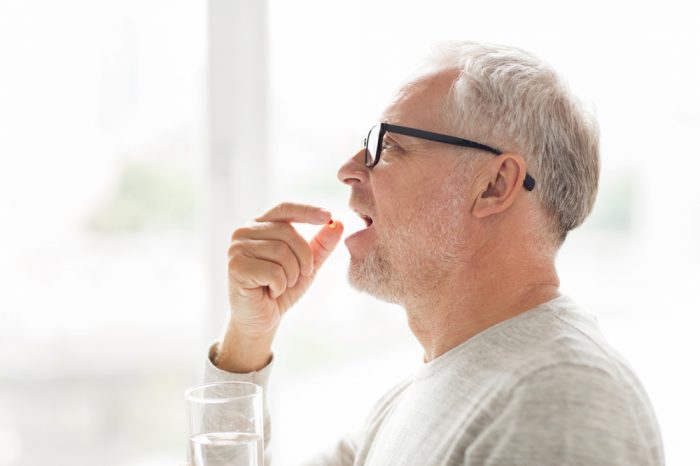 How You Can Take CBD Oil With Other Medications

Outside of drugs that affect the CYP enzyme degradation pathway, there are very few studies. This includes studies on other potential drug-drug interactions with CBD. Most of these are on animal models. For example, one study on the effect of CBD for reducing pain and sensitivity due to chemotherapy with paclitaxel (in an animal cancer model) also looked for a potential interaction between CBD and paclitaxel. The study found that CBD did not interfere with the anti-cancer action of paclitaxel.

CBD inhibits certain CYP enzymes. These are responsible for breaking down a number of different drugs. This means CBD could cause an increase in medication levels in the blood. This could potentially lead to severe side effects. In addition, other drugs acting on these enzymes could influence the CBD levels, as well. Typically, adjusting the dosage of the drug or CBD is enough to overcome these interactions. This should be done by a qualified professional, so ask your medical cannabis provider, or doctor, if you can take CBD oil with your other medications.

There has been little research on other drug-CBD interactions, so more study is likely to occur as CBD becomes increasingly approved and prescribed.