Do your palms sweat when you think of CBD oil and drug test in the same sentence?

The last year has been partially defined by the major political shifts in regards to hemp-based products and cannabidiol (CBD) pharmaceuticals. In the summer of 2018, the Food and Drug Administration (FDA) approved the first ever cannabis-derived pharmaceutical, Epidiolex. The Drug Enforcement Agency (DEA) furthered the trend a few months later with rescheduling CBD. Then, the 2018 Farm Bill passed, legalizing hemp production in the US. It would seem the natural follow-up of these policies changes is the validated use of hemp-based CBD products.

Sadly, this doesn’t appear to be the case. No matter how many individual states approve medical cannabis, or the hundreds of studies demonstrating the medical benefits of CBD, the legality of the compound is still quite convoluted.

At the federal level, all forms of cannabis, save for the single approved pharmaceutical version, are illegal for consumption. Employers are still testing for cannabis use, even in legal states, and many CBD users are very honestly concerned about the risk of a positive result.

Could you possibly lose your job because of CBD oil and drug test policies, even if that oil is sourced from hemp? Can you fail a drug test without ever using high-THC medical cannabis? Short answer, probably not. But not even the experts designing the drug tests can 100 percent conclude a CBD product won’t trigger a positive return. 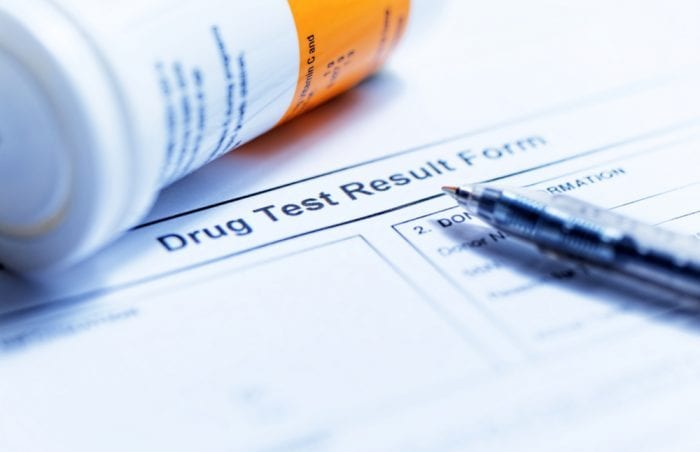 The Legal Differences Between Hemp and Medical Cannabis

Technically speaking hemp (low-THC) and “marijuana” (higher-THC; what most people call cannabis) are closely related subspecies of the same plant family – Cannabis L. sativa. Historically, farmers harvested hemp for industrial purposes, growing it for fiber, stalks, oils, and seeds. Those who wanted to use the plant for medicinal and recreational purposes, eventually bred it to produce more prominent and potent flowers. Hemp and “marijuana” are two very similar plants, but both develop different characteristics as they mature.

According to the Controlled Substances Act (CSA):

“The term ‘marihuana’ means all parts of the plant Cannabis sativa L., whether growing or not; the seeds thereof; the resin extracted from any part of such plant; and every compound, manufacture, salt, derivative, mixture, or preparation of such plant, its seeds or resin. Such term does not include the mature stalks of such plant, fiber produced from such stalks, oil or cake made from the seeds of such plant, any other compound, manufacture, salt, derivative, mixture, or preparation of such mature stalks (except the resin extracted therefrom), fiber, oil, or cake, or the sterilized seed of such plant which is incapable of germination” 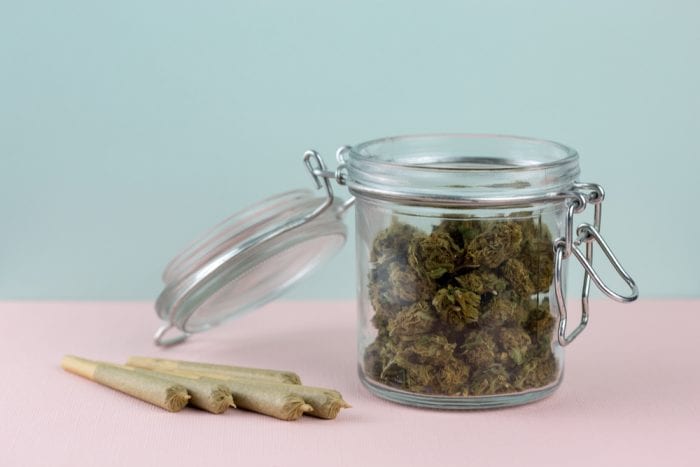 In other words, “marijuana“, according to the US government, is what dispensaries sell (resins, flowers, seeds, etc). It does not mean the fibers, stalks, or other parts of the plant commonly used for industrial purposes. The top takeaway is that the CSA still indicates resin (oil, tinctures) extracted from industrial hemp is illegal.

The DEA considers marijuana (as defined above) as a Schedule I substance, meaning there is “no currently accepted medical use and a high potential for abuse.” However, it has made allowances for the pharmaceutical preparation of Epidiolex, which is primarily CBD. This unique preparation is now Schedule V, meaning it has a “lower potential for abuse than Schedule IV and consist of preparations containing limited quantities of certain narcotics.”

Legally speaking, marijuana in all forms is illegal at the federal level, regardless of your home state. If you work for a company receiving federal money, or even if you work for a branch of the federal government, cannabis consumption of any kind is pretty much a no-go. As you can see from the legal jargon above, the government doesn’t effectively differentiate between the compounds in the plant. All cannabis consumption is still illegal, even if it won’t get you high.

RELATED  Is THC Stronger than Aspirin?

The 2014 Farm Bill defines hemp as a plant with under 0.3 percent THC. And now, thanks to the 2018 update of the Farm Bill, growing hemp for industrial purposes is now legal. Many states with legal medical marijuana have similar definitions of hemp that are based on the percentage of THC. Certain states allow for upwards of five percent THC, although most follow the guidelines of the 2014 Farm Bill.

Hemp-based products generally follow these guidelines for THC levels to skirt the legislation around marijuana use. If they have under 0.3 percent THC, they classify as hemp and thereby occupy a strange legal grey area. While the federal laws say that hemp resin is illegal, the FDA and the DEA have not given much attention to the CBD market (beyond restricting unproven medical claims and false advertising). Hemp-based CBD products have mainly operated unrestricted by the federal government. 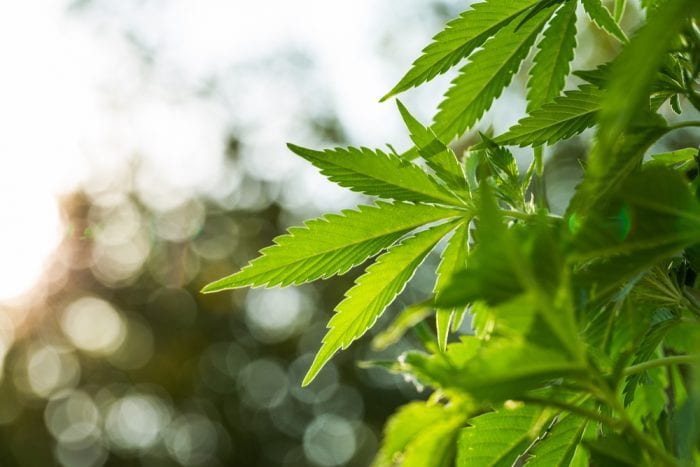 At the time of writing, there was no known drug test for CBD. Considering THC is the intoxicating compound, all known drug tests look for indications of THC use, like metabolites of THC in urine, blood, and hair. Labs can also use oral swabs.

The federal government mandates drug testing, and also requires all contractors or companies receiving grant money to test as well. These tests generally look for the big Schedule I compounds, like heroin, LSD, marijuana, Ecstasy, and meth; although individual companies may include more. Some private companies may also test their employees for drugs, including medical marijuana use. A positive result for THC, even in a state with recreational cannabis, can lead to disciplinary action and firing, though this is slowly, hopefully, changing.

Each state has its own legislation around what actions, if any, a company can take against employees who test positive for THC. Some companies must accommodate medical cannabis patients, and others can fire for a positive result if they feel like it.

RELATED  How it Works: The Endocannabinoid System 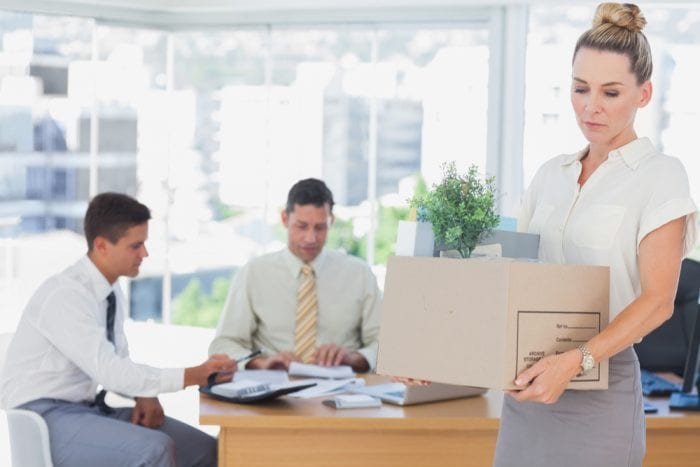 There are Minimal Regulations on the CBD Market

Unfortunately, the government doesn’t regulate the CBD market very well. It is true that most companies are producing pure-hemp based products sourced from hemp plants – but there is little oversight. What if your hemp-CBD tincture contains higher levels of THC than indicated on the package? Who is confirming the potency? There are also some reports that high-doses of CBD will lead to false positives on drug tests.

According to a toxicologist and laboratory director at Steep Hill Arkansas, a cannabis testing lab, “because CBD is chemically distinct from THC, it is unlikely that pure CBD would be detected in these types of drug tests. However, hemp-based CBD products often contain trace amounts of THC.” And it is this inconsistency between CBD tinctures that leads to uncertainty about drug testing. 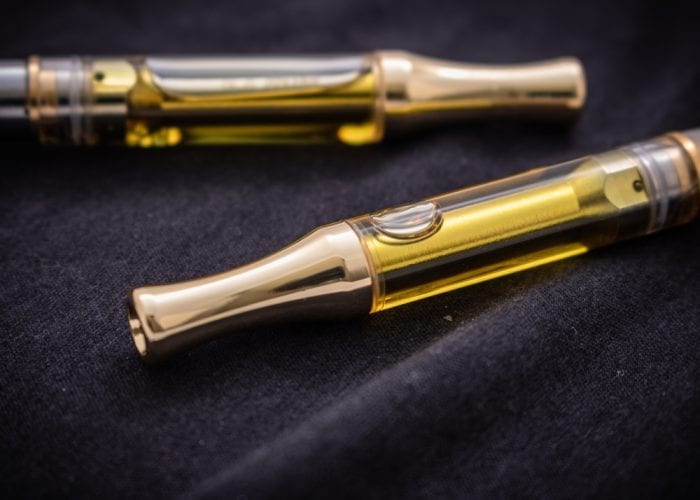 That said, if you’re a federal employee and you’re worried about the use of CBD oil and drug test requirement, you can rest easy. The likelihood of a false positive is very low. First, ask for your employer’s policy regarding cannabis use (including off-duty for medical purposes). Second, look for high-quality brands of hemp-based CBD tincture that post third-party lab results. If you are still concerned, you can have the tincture tested yourself! The tests are usually around $50 and they will easily confirm what level of THC exists (if any). Without a consistent federal policy around Cannabis L. sativa, patients will continue to struggle with grey areas.

Is Your CBD Oil a Scam? How to Know Before Your Buy