Study shows cannabis consumption has no negative impact on kidney health, in fact it may be the opposite.

Kidneys represent an important organ system for both cardiovascular function and the excretion of waste. As such, factors influencing renal (kidney) health can indirectly affect other physiological processes. These include blood pressure control, heart rate, sodium excretion, and the body’s water/salt balance.

The kidneys are among the organ systems where CB1 and CB2 receptors are see the most expression. Therefore both endogenous and cannabis cannabinoids can alter their function. Unfortunately, there are very few clinical studies involving humans, therefore lwe know little about the effect of cannabinoids on both healthy kidneys and kidney function where there is a pre-existing renal disease. From the available pre-clinical and clinical data, the following is what we know about the effects of CB1 and CB2 receptor activation on the kidneys.

The Data on CBD and Kidney Health

Renal diseases like diabetic nephropathy perturb the distribution of CB1 and CB2 receptors throughout the kidneys. Biopsies from patients suffering from nephropathy showed increased expression of CB1 receptor, while in both humans and mouse models, decreased CB2 expression has been noted.

Indeed, studies conducted so far have shown that using pharmacological agents to reduce CB1 activity and increase CB2 activity associates with improvement in renal structure and function in models of chronic kidney disease. In further support of this, administration of cannabidiol (CBD) has been shown to preserve renal structures when flow of oxygen was intermittently reduced in an animal model of acute kidney injury. 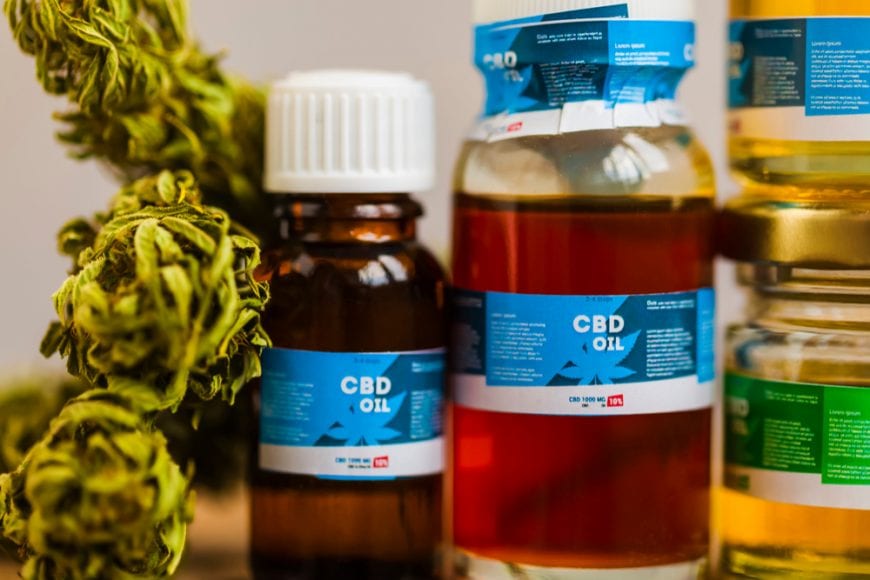 It seems that the CBD can exert direct effects that are protective to kidney structure and function. The final physiological effect of CB receptor activation however, is likely not easily predictable.

CBD may alter kidney function indirectly by dampening inflammation. Activation of CB2 receptors has an anti-inflammatory effect. Its result is a reduction of inflammatory cell infiltration and the production of cytokines (a molecule increasing inflammation).  Conversely, in another study using a mouse model of acute kidney injury, scientists discovered that the activation of CB1 receptors associates with increased oxidative stress, which stimulates inflammation, eventually initiating cell death. The benefit of reducing renal inflammation lies in the effects on the cardiovascular system. Overall, it reduces the risk of developing hypertension and vascular stiffness.

We have very limited information about the effects of smoked cannabis on the healthy population and patients with CKD. One single study, involving 647 patients, found that smoking cannabis did not associate with a decline in kidney function. Markers of renal function still did not change in a small prospective trial treating  pain with medical cannabis. Additionally, in 1225 patients receiving kidney transplants, using medical cannabis did not alter the function of the transplanted kidney at one year after reception.

It is thus plausible that cannabinoid signaling might work therapeutically on kidney diseases. Cannabis products richer in CBD seem to have greater pharmacological potential compared to THC. Our knowledge about  cannabinoids and how their profiles activate receptors is growing. We will soon know which strains and products are more beneficial for patients with kidney disease.

In fact, recent studies are looking into cannabis as it pertains to fighting Kidney cancer.

RxLeaf’s Jessica McKiel wrote about the future of cannabis as a possible treatment for kidney cancer symptoms.

Jessica says: “The most common type of kidney cancer is renal cell carcinoma. It accounts for a whopping eighty five percent of diagnoses. One or both kidneys can be affected and if it caught too late — or left untreated — it may spread to other areas of the body. The risk of kidney cancer is often increased by certain pain medications and cigarette smoking. However, it can also develop for unknown reasons. For this type of kidney cancer, the prognosis is actually quite good — so long as you catch it in the early stages and treat it immediately.”

Further, jessica’s article notes how the “study highlighted … is a very early step, but an important one. It’s far too soon to extrapolate the results from the preliminary work into a novel cannabis-based treatment for renal cell carcinoma. After all, it is in a petri dish, not a human. It also uses synthetic cannabinoids, not plant-based ones. But, all research has to start somewhere.” For more on cannabis and the kidneys, see Jessica’s article Here, or RxLeaf’s Matt Weeks pointing out the evidence backing cannabis consumers’ Kidney Donations, available Here.

Is Your CBD Oil a Scam? How to Know Before Your Buy

Why is CBD So Expensive?