Leafly did a survey on CBD rich and high THC strains and the terpene content is a huge surprise!

Not long ago we were blissfully unaware of the hundreds of chemical compounds found in cannabis. Enthusiasts looked for potency, without paying much attention to details of the strain. Times have changed. Today, one trip to a dispensary and you’ll find hundreds CBD rich and high THC strains lining store shelves. The strain description is still limited, coming down to a cannabinoid ratio of CBD:THC. But, experts (that’s you), now know the medicinal and recreational experience of cannabis is the result of so much more than this ratio.

Terpenes Are The Main Focus of The Cannabis Experience

Terpenes are like subtle puppet masters, manipulating the show behind the scenes. On the one hand, while THC triggers a psychoactive high, terpenes influence the subtleties of this experience. Myrcene can pull you towards a sedated couch lock afternoon while limonene sets you up for a sociable, and creative adventure. Terpenes are so important to the overall experience that they pretty much negate the designation of ‘indica’ versus ‘sativa.‘ 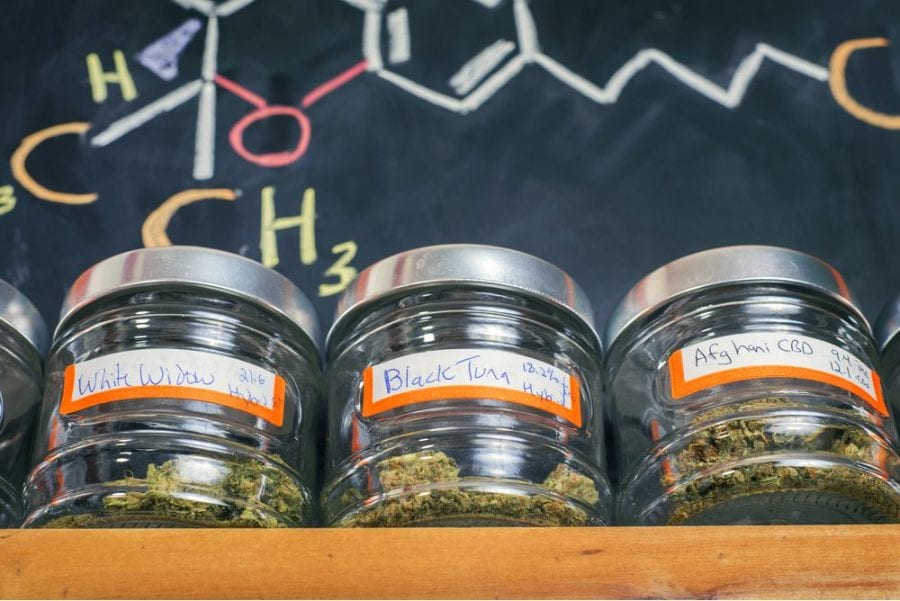 Researchers now believe that purebred indica is sleepy, not because of its indica genetics, but because of its particular terpene makeup. Terpenes are the source of many of the pleasures of cannabis, even if they don’t cause the high itself.

There is so much mystery still shrouding the inner workings of the terpene and cannabinoid world. What do we know about common terpene profiles? Do high CBD or high THC strains contain similar terpenes for a similar experience?

Without quantitative analysis, we can only come to some inconclusive assumptions. Anecdotally there do seem to be some trends, but perhaps not the ones you’d expect. Let’s pull some insights from the causal analyses done so far.

CBD Rich Strains Contain A Lot of The Same Terpenes

Leafly recently pulled the data from some of the most popular CBD rich strains in their database to explore terpene profiles in the treatment of anxiety. The results were not what you would expect. The anti-anxiety terpenes from research, like Trans-Nerolidol, linalool, and limonene, are barely perceptible in the strains Leafly looked at!

In the four strains (Cannatonic, Dancehall, Sour Tsunami, and Harlequin), two terpenes stand out – myrcene and pinene. Even if you dig up the terpene profile on Charlotte’s Web, a strain with close to 100 percent CBD content, the highest levels of terpenes include myrcene and pinene.

This presents an exciting area for research. Myrcene is known for its antibacterial, and anti-inflammatory properties, but there is little to no association with stress, anxiety, and depression. Same with pinene, no significant records of its anxiety relieving character. It would be worth digging into the explore the connection or the synergies between these terpenes and CBD. 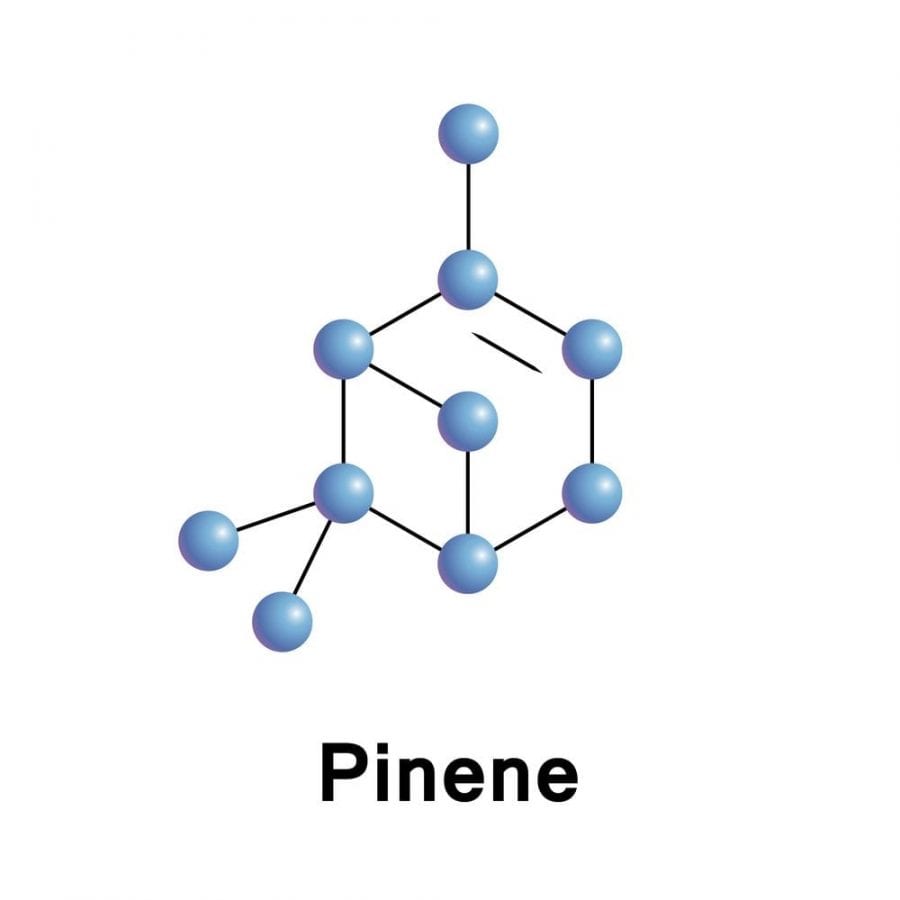 High THC Strains Also Have A Lot of Terpenes in Common

There is also a terpene pattern among high THC strains of cannabis – at least according to Leafly. They published a guide on some of the strongest strains with the highest levels of THC, with an associated terpene profile. The strains they explored included Girl Scout Cookies, Chemdawg, Death Star and Gorilla Glue 4.

High THC seems to have a relationship with three to five primary terpenes:  Caryophyllene, Myrcene, and Limonene. To a lesser extent, Ternolene and Humelene played a secondary trumpet.

In the realm of medical cannabis, high THC strains are commonly used for one thing – pain relief. In this case, it is entirely logical to draw some conclusions about the terpene influence over these high-THC strains. Nearly all of the most common terpenes found in the high-THC strains are all directly tied to pain relief, anti-inflammatory response and mood disorders. Perhaps these terpenes play a hand in the powerful pain-relief provided by some of the most notable high-potency strains.

So, What Does This All Mean for Cannabis Patients?

Of course, surveys on Leafly are no replacement for robust scientific research, but there is already a steady stream of new studies coming out about the direct, indirect, and complicated relationships between strain, chemical composition and terpene make up.

RELATED  Belly Button Cannabis Is A Thing But Does It Heal? 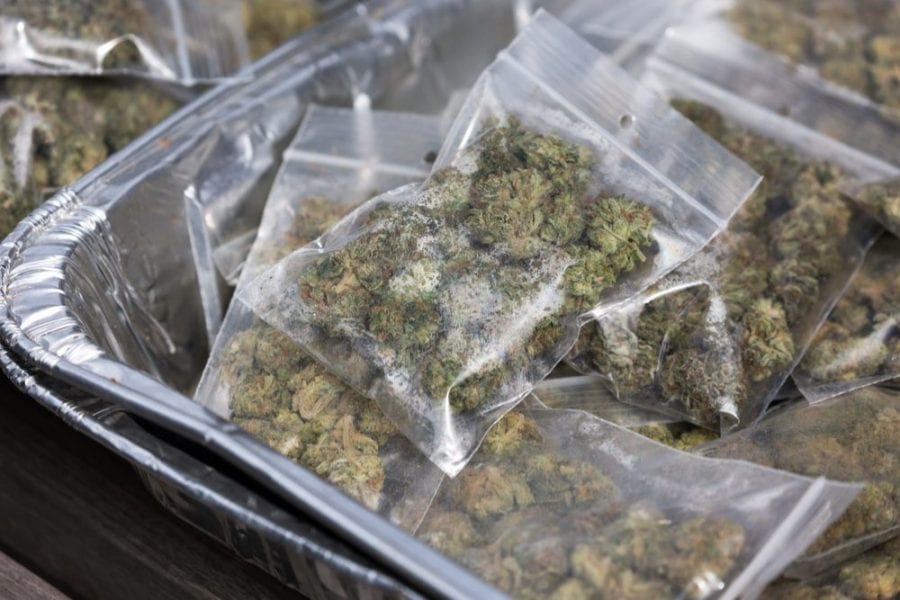 In late 2018 a group out of UBC published a paper looking at cannabinoid profile of 33 commercially available strains in Canada. Among the many interesting conclusions, was confirmed a previously noted hypothesis about cannabinoid makeup. The UBC team confirmed that higher THC meant fewer minor cannabinoids measured.

The authors of the study hypothesized that the genetic selection required to get to a higher THC profile effectively bred out some of the lesser evolutionary cannabinoid complexities. They did not explore terpene profile, but this is a logical next step. Does selective breeding decrease genetic expression to fewer and fewer compounds?

There is much to learn about terpenes patterns and their influence over strain and pharmacological benefits.