Research suggests many benefits for CBD on women’s health, but the relationship of CBD use and pregnancy are not yet understood.

Cannabis consumption is trending upwards in Canada and throughout the United States. According to a recent US National Survey on Drug Use and Health (2016), this includes increased CBD use during pregnancy. The survey estimated that the past-month prevalence of cannabis consumption among pregnant women is 4.9 percent, up from 3.4 percent in the previous year. These numbers are predominantly associated with recreational cannabis consumption involving high concentrations of THC. Based on previous investigations linking prenatal THC exposure to negative fetal health outcomes, these trends have some health professionals concerned.

However, it is not just THC that has them worried. Increasing numbers of expecting mothers are relying on pure CBD products to treat common pregnancy symptoms, like nausea and vomiting, without knowing the effect that it may have on their fetus. Research has demonstrated that CBD has a high safety profile, but those findings do not yet extend to CBD and women’s health regarding prenatal care. 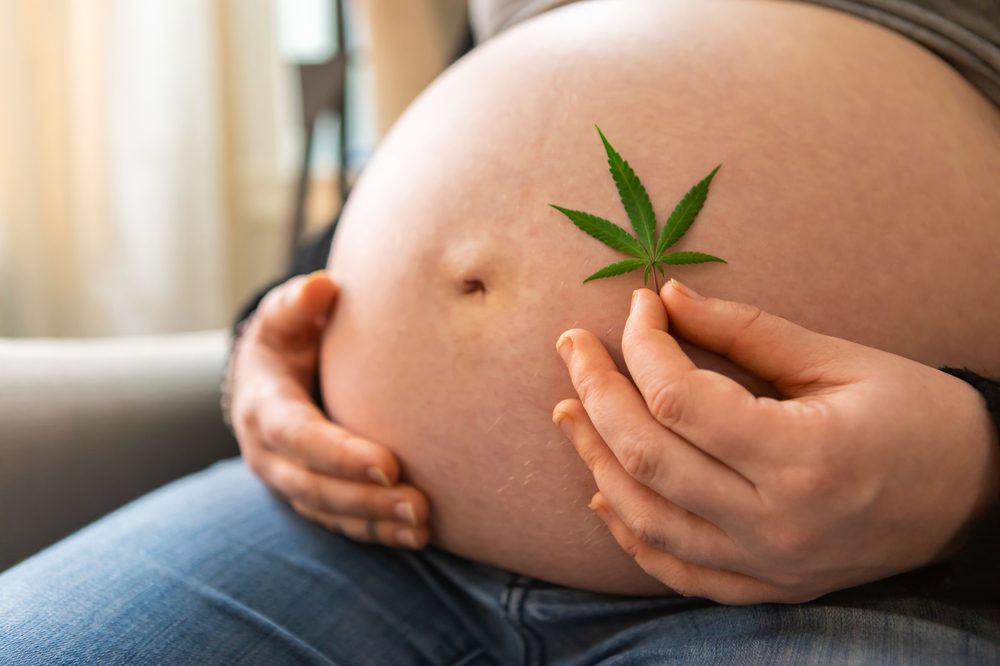 Researchers have been investigating the effects of prenatal THC exposure for years. Despite some conflicting findings, the evidence consistently points towards a need for caution when an expecting mother is planning to consume THC. In a study published in Pediatric Research (2011), the researchers found that among almost 25,000 pregnant women, cannabis consumption during pregnancy increased the risk of a baby being born small for their gestational age and of low birth weight, as well as increased the odds of needing admission to the neonatal intensive care unit (NICU)1)Hayatbakhsh, M. R., Flenady, V. J., Gibbons, K. S., Kingsbury, A. M., Hurrion, E., Mamun, A. A., & Najman, J. M. (2012). Birth outcomes associated with cannabis use before and during pregnancy. Pediatric Research, 71(2), 215-219.. Importantly, these risks were found independent of tobacco smoking, alcohol consumption, and other illicit drug use.

RELATED  Gut Cannabinoid Receptors and the Treatment of IBD

CBD And THC Use During Pregnancy

A more recent study published in the Journal of Pediatrics (2018) found similar results with prenatal cannabis consumption associated with a fifty percent increased risk of low birth weight2)Crume, T. L., Juhl, A. L., Brooks-Russell, A., Hall, K. E., Wymore, E., & Borgelt, L. M. (2018). Cannabis use during the perinatal period in a state with legalized recreational and medical marijuana: the association between maternal characteristics, breastfeeding patterns, and neonatal outcomes. The Journal of Pediatrics, 197, 90-96.. However, the authors here did not find an association between cannabis consumption and small for gestational age, or preterm birth. Nor did they find a link to admission into the NICU. Still, these repeated findings suggest that prenatal THC exposure is harmful to a developing fetus and that expecting mothers should abstain from THC for the duration of their pregnancy.

Low birth weights increase the risk of early complications, such as low oxygen levels and infections, and long-term complications like cerebral palsy, deafness, and blindness. The prenatal picture is becoming clearer for THC, but research into the effects of CBD is only just beginning. The largest healthcare organizations in the world have confirmed that CBD is safe for human consumption, but how that extends into prenatal care is unknown.

CBD Is Safe for Adult Consumption

In a review published in Cannabis and Cannabinoid Research (2017), the researchers assessed the available scientific literature detailing the safety profile of CBD3)Iffland, K., & Grotenhermen, F. (2017). An update on safety and side effects of cannabidiol: a review of clinical data and relevant animal studies. Cannabis and Cannabinoid Research, 2(1), 139-154.. Their findings confirmed that CBD is safe for humans, with the most common side effects reported including tiredness, diarrhea, and alterations in appetite and weight. The World Health Organization (WHO) agrees.

In a 2018 WHO Critical Report, the WHO summarized that “CBD is generally well tolerated with a good safety profile. Reported adverse effects may be as a result of drug-drug interactions between CBD and patients’ existing medications. To date, there is no evidence of recreational use of CBD or any public health-related problems associated with the use of pure CBD.” However, the authors of the 2017 review highlighted the need for additional research into the effect of CBD on specific hormones, enzymes, drug transporters, and drug-drug interactions.

RELATED  Cannabis Could be a Big Player in Aging Gracefully

The effect of prenatal exposure to CBD on a developing fetus needs to be added to that list. 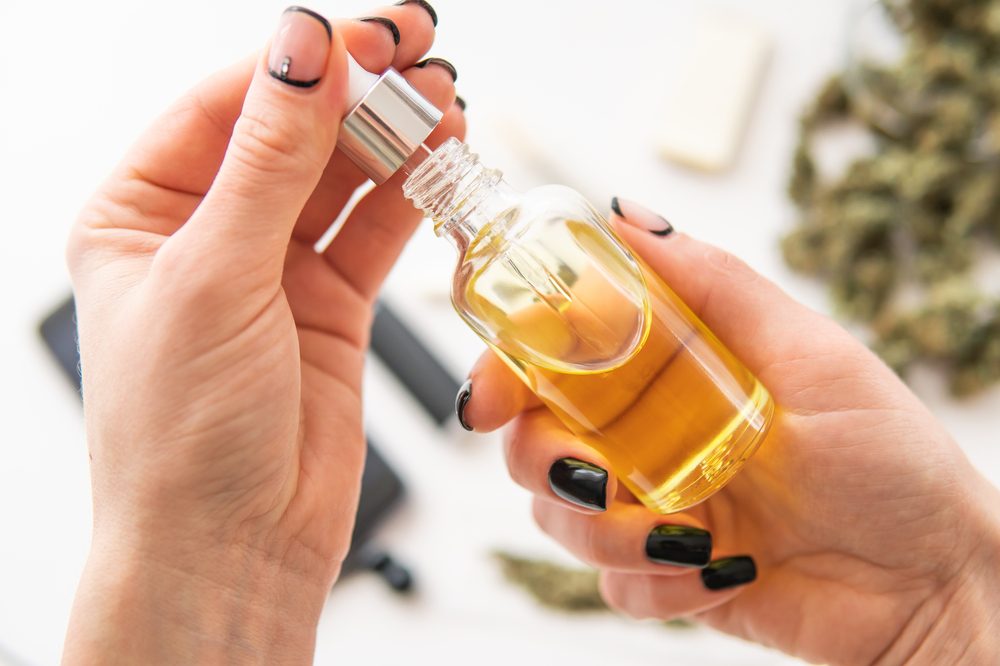 What Do We Know About CBD Use During Pregnancy?

The U.S. Food and Drug Administration strongly advises against CBD consumption during pregnancy, citing a lack of available evidence and some animal research as a cause for concern. As of October 2019, they stated that, “there is no comprehensive research studying the effects of CBD on the developing fetus, pregnant mother or breastfed baby.” A recent review published in Current Pain and Healthcare Reports (2020), reiterated that finding4)Sarrafpour, S., Urits, I., Powell, J., Nguyen, D., Callan, J., Orhurhu, V., … & Cornett, E. M. (2020). Considerations and Implications of Cannabidiol Use During Pregnancy. Current Pain and Headache Reports, 24(7), 1-10..

Ultimately, the authors of that study concluded that despite increasing legalization and accessibility, there have been few studies that have directly studied the effects of CBD on a developing fetus. Without large-scale, high-quality investigations confirming CBD in prenatal safety, concerns among the FDA and other health professionals will remain. Make no mistake – it is not that there is a lot of evidence of harm. But, without further scientific evidence, those health professionals will continue to err on the side of caution.

Like all cannabis-related research in 2020, research investigating the effects of CBD during pregnancy is likely to expand. Expecting mothers wanting to experiment with CBD should consult with their primary care physician. CBD can provide tremendous therapeutic benefits for various physical and mental ailments, but the corresponding risks are unknown. CBD might be safe for a developing fetus. But, until science irrefutably confirms that fact, a physician may well recommend an alternative.