CBDa is the acidic form of CBD, found in raw cannabis. New research says it could be better than CBD for pain and inflammation in dogs.

The interest in this cannabinoid comes in part from pet owners seeking natural, at-home remedies, although veterinarians have been slow to adapt to the trend. Patients, however, keep pushing, and there has slowly been a shift in veterinary research towards acceptance of cannabinoid-based therapies. So far, all of the hype has been focused on the properties of CBD. But, new research published in September 2020, looks at the potential of cannabidiolic acid (CBDa). Although it’s early days yet, these new scientific developments suggest CBDa could offer more to dogs than its more popular cannabinoid-cousin (CBD).

Results from New Study of CBDa in Canine Health

Frontiers of Veterinary Science published this September 2020 research about pharmokinetics of CBD, CBDa, and THC from hemp. In essence, this study explored the efficacy and absorption of different types of hemp extract in a small group of dogs [1]Wakshlag, J. J., Schwark, W. S., Deabold, K. A., Talsma, B. N., Cital, S., Lyubimov, A., . . . Zakharov, A. (2020). Pharmacokinetics of Cannabidiol, Cannabidiolic Acid, Δ9-Tetrahydrocannabinol, … Continue reading.

The research was sponsored by ElleVet Sciences and completed at the University of Florida. The team worked with a group of six beagles, housed at the university during the course of the study.

There were three different CBD-formulas tested, including one produced by the study sponsor, ElleVet. The formulas contained almost equal parts CBD to CBDa (28 mg of CBD, 29 mg of CBDa), and less than 1.0 mg each of THC and THCa. Another difference between the hemp extracts was the base. In one formula, the base was a combo long-chain/triglyceride-based organic sesame oil, and the other base was sunflower lecithin.

The researchers gave the dogs CBD extract twice a day, and completed blood tests daily to look at plasma levels. For two weeks, the researchers dosed and tested their canine subjects and paid careful attention to any behavioral changes during playtime.

RELATED  Reasons Why Cannabis Gum May Help With Dosing

Is CBDa Better than CBD for Dogs?

After careful assessment of the data, the team came to two exciting conclusions. First, the “data shows that the absorption of CBDa does occur in dogs and is absorbed at least twice as well as CBD.” Second, the formulas using sunflower lecithin base improved serum retention, suggesting a long-lasting medicinal effect. This is the first study of its kind to look at how dogs absorb and retain different cannabinoids, and this will very likely play out in new veterinary medicines. 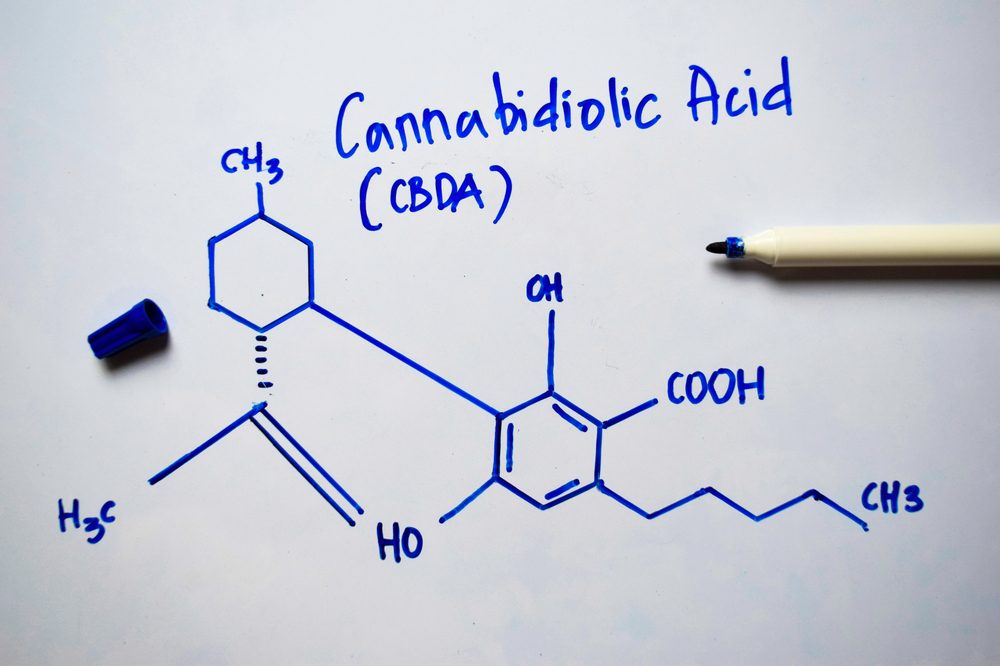 What’s the Best Delivery Method for Hemp in Veterinary Medicine?

According to this study, the other ingredients in the hemp extract have important significance. Although the dogs in the study still absorbed and retained CBD and CBDa in a conventional MCT sesame oil product, the study improved the cannabinoid-absorption by adding sunflower lecithin.

Lecithin is an interesting compound, often added to cannabis-infusions to help stabilize emulsions. Here, it comes from sunflower seeds, but lecithin is available from a wide variety of plants and animal fats. Interestingly, lecithin is both hydrophilic and lipophilic, meaning it attracts water and oil.

This unusual relationship with fat and water could help explain why it works so well at delivering cannabinoids into the bloodstream. Cannabinoids are notoriously lipophilic, which means they also have low natural bioavailability. This study suggests that lecithin may bridge the gap between fat-soluble cannabinoids and the canine (or human) bloodstream.

The Potential of CBDa for Canine Health

There are more than a hundred minor cannabinoids worth investigation for their therapeutic potential. As a result, researchers are just beginning the study of CBDa — but that’s just talking about medicine for people. Veterinary science is years, if not decades, behind where cannabis research is for people. CBDa definitely has potential in vet care, but it could be a few years before it’s rolled out at local veterinary facilities.

RELATED  Why is CBD So Expensive?

But, with that caveat out of the way, we can still make a few assumptions based on the similarities between the human and canine endocannabinoid system and the similar cross-species application of other cannabinoids.

In 2018, Psychopharmacology published a study exploring THC and CBDa in rat-models of pain. Both THC and CBDa (administered together as well as separately) reduced inflammation and pain. Interestingly, “In comparison to CBDA, an equivalent low dose of CBD did not reduce hyperalgesia, suggesting that CBDA is more potent than CBD for this indication.”[2]Rock, E. M., Limebeer, C. L., & Parker, L. A. (2018). Effect of cannabidiolic acid and ∆9-tetrahydrocannabinol on carrageenan-induced hyperalgesia and edema in a rodent model of inflammatory … Continue reading. It should be noted that THC is toxic to dogs and the metabolic pathways of different mammals is why some don’t translate well to canine (or human). The results for CBDa, however, are of interest as a future medicine to treat pain and inflammation in dogs.

Several rat-based studies have demonstrated the anti-nausea value of CBDa. In comparison with other cannabinoids, like THC, which also help reduce nausea and vomiting, CBDa is exponentially more powerful. As per one review published in 2016, “CBDA was 1000 times more potent than CBD in reducing acute nausea.”[3]Rock, E. M., Sticht, M. A., Limebeer, C. L., & Parker, L. A. (2016). Cannabinoid Regulation of Acute and Anticipatory Nausea. Cannabis and cannabinoid research, 1(1), 113–121. … Continue reading. 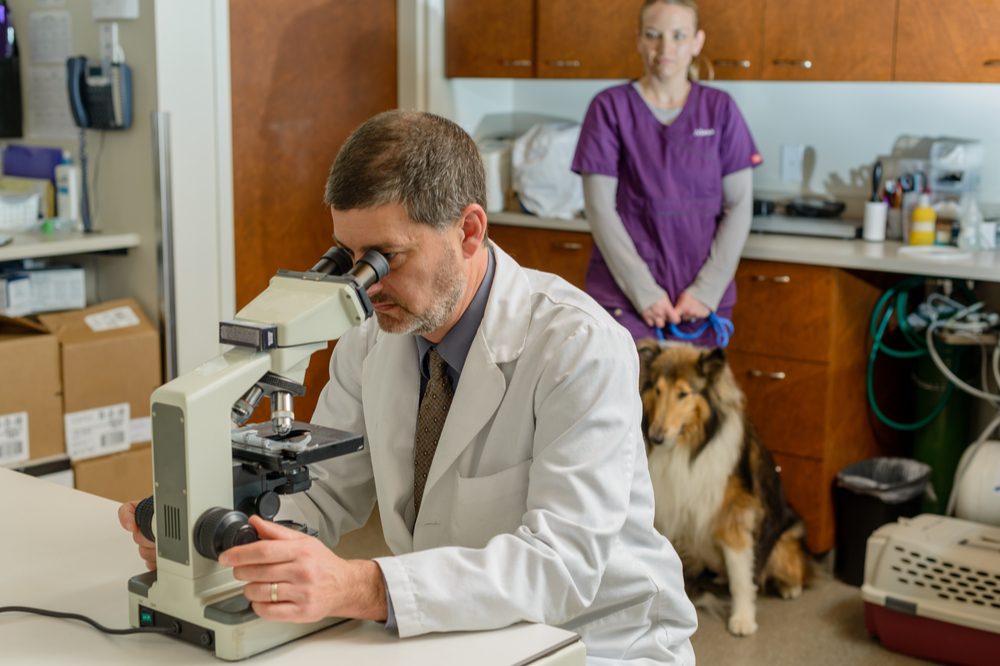 CBD and CBDa have several overlapping therapeutic applications, such as the anti-inflammatory properties mentioned above. But, as the study looking at CBDa treatment of beagles noticed, CBDa absorbs twice as effectively as CBD. Therefore, it may be more efficient in some cases, in helping to manage symptoms of pain, nausea, and inflammation.

RELATED  CBD Salt Scrub to Get Your Glow Back

Dos CBDa Have a Future in Veterinary medicine?

The study out of the University of Florida made two distinct discoveries. The research team discovered CBDa absorbs better than CBD and delivers longer-lasting results. They also observed the power of lecithin to improve absorption even further.

These results have considerable implications for the future of cannabinoid veterinary medicine, and perhaps for application in human medicine as well. It’s further proof of how much we have to learn about the value of the minor cannabinoids. So far, modern medicine has largely overlooked them.