CBG oil has been identified as potential future treatment to reduce the neuronal damage of Huntington’s Disease.

Huntington’s Disease (HD) is a neurodegenerative condition caused by a gene mutation. The neuronal cells in the central area of the brain are impacted, causing a progressive loss of movement and cognitive functioning, while also affecting mood. Patients begin to show symptoms in their 30s or 40s, but it can be much younger for some. Can CBG oil help?

A study from 2010 demonstrated that people with Huntington’s Disease have a reduced volume of CB1 receptors. This receptor is a key component for regulating body systems via the endocannabinoid system; CB1 receptors also accept plant cannabinoids. This is why cannabis is a promising medicine for HD patients.

What is Huntington’s Disease?

HD is a autosomal dominant, hereditary condition. This means that 50% of offspring for a parent with HD will go on to develop the condition. The greatest tragedy of HD is that many families may not know they have passed this terminal illness to their children until they themselves start showing symptoms as they approach middle age.

Symptoms arise from an error on the short arm of chromosome4 that presents as a repeating of the gene sequence CAG. Those with more than 40 repeats will exhibit signs of the disease as they age. The result of these repeats is that cells make a harmful protein called Huntington that causes cells in the brain to die. As this happens, symptoms start to appear that affect physical, cognitive, and, emotional capacity. 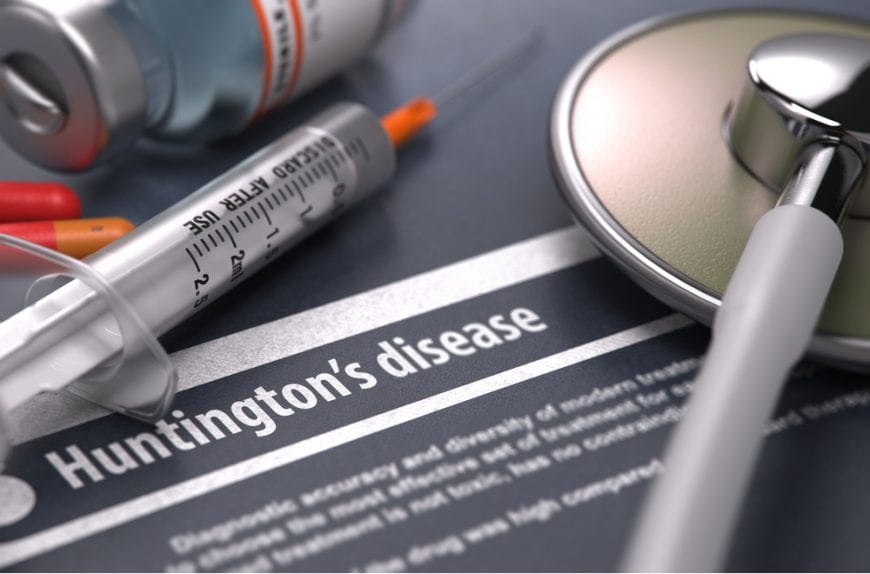 There is currently no way to stop or reverse the onset of HD, and pharmaceutical options have mixed success with frequently severe side effects. It is very exciting that cannabis has emerged as a possible novel treatment option for symptoms of the disease.

As mentioned, the study, published in 2010, provides strong evidence to support the theory that those with Huntington’s disease have a reduced level of CB1 receptors. Triggering these receptors appears to slow down the appearance of symptoms and help those already suffering with symptom management.

A 2015 study published in Neurotherapeutics, examined the neuroprotective benefits of the cannabinoid, cannabigerol (CBG), on the rodent model. The results were impressive, with CBG showing strong anti-inflammatory properties by reducing pro-inflammatory markers and reactive neuro-inflammation. CBG was also able to protect neurons and improve damaged motor function. This was particularly interesting because CBG has a low affinity for CB1 receptors. Other cannabinoids present in whole plant medicine may participate in signaling CB1 receptors.

Interestingly, CBG was also able to correct the expression of at least seven genes associated with HD. The result of this was a significant reduction in concentration of huntington proteins, which are responsible for brain destruction in HD patients. In doing so, cannabis was able to delay the onset of symptoms as well as restore some functioning for those advancing through the stages of HD.

In addition to the physical and cognitive symptoms, patients report cannabis is uniquely able to help cope with   manage mood changes and stress that accompany a neurodegenerative condition. Cannabis is also able to offer help with nocturnal awakenings. 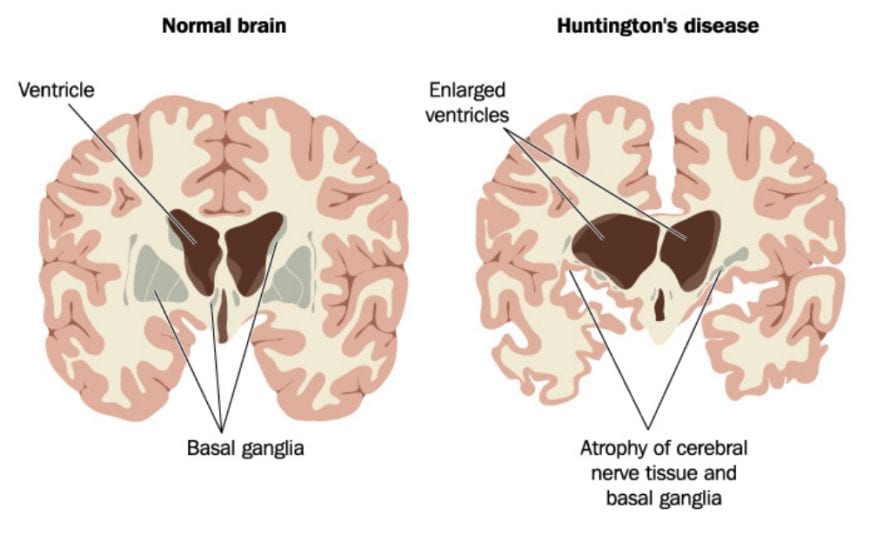 Which Strains of Cannabis are High in CBG?

If you’ve been diagnosed with Huntington’s, it is worth speaking to your doctor or budtender about strains high in CBG. Get started well ahead of symptom onset so there is potential to delay onset. While the research on humans is incomplete, compiled tests make it a promising prospect worth discussing with your physician.

Strains that are high in CBG are difficult to find, but through the magic of selective breeding techniques, CBG-rich hybrids are on the horizon. The reason for the rarity is that CBG is the mother cannabinoid from which other major cannabinoids are made; CBGa is converted to THCa (THC), CBDa,(CBD) and CBCa (CBD) by enzymes in the trichomes almost as soon as it is made. ‘High CBG strains’ have concentrations of 2 to 4 percent.

Strains that are CBG-rich (according to Leafly.com) include: Destroyer, Magic Jordan, Mickey Kush, Bleu Berries, Allen Wrench, and Eldorado.

How do you take these strains? There are a wide range of options available to you: smoking, vaping, medibles, tinctures, extracts, and capsules.  Oils and medibles offer more sustained treatment of symptoms throughout the day. But vaping or smoking can provide mood stabilization and improved focus.

The important part is to be willing to experiment. The learning curve can be intimidating, but that exists for all medicine. With lack of dosing recommendations and research that is incomplete, it’s important to have a cannabis specialist help navigate your cannabis journey.

Does CBG Have Success in Treating Migraines?