A world-changing idea came to Californian, Charles Anker while on the couch in 2012. A former U.S. Airforce serviceman, Anker was a medical cannabis patient on account of an arthritic back. He had picked up some edibles to ease the pain, a regular 200mg THC chocolate slice. He remembers eating it, then … nothing.

“Somebody made a mistake. There was more than 200 milligrams in there,” he said. “It knocked me on my tail. I was out for a good four hours. It hit me so quickly. I started thinking, ‘What’s the lethality of THC?’”

The brainstorm inspired Charles Anker to begin preliminary work on two patented projects: Canna-Spray and Canna-Dart. Developed for use by police and military forces, the products are on the cutting edge of a domain that hasn’t been seriously considered in nearly 50 years: Weaponized Cannabis.

Canna-Spray is just what it sounds like: A paintball-like grenade that releases mists of THC. Canna-Dart is a device like an epi-pen that can be thrust into someone’s thigh, back, or shoulder in order to incapacitate them. Both are completely safe — and potential game-changers.

Birth of a Notion

“It was 2015, and there was a lot of civil unrest at that time. People were fighting cops. I thought what if you could just hose down people with THC instead of using more lethal force?” he said. He hit the books. He studied Col. James Ketchum’s experiments with Red Oil in the mid-century. Back then, the Army relied on synthetic cannabis. Charles Anker decided to try to get some of his own.

“I had a buddy who was a pharmacist who got me some black market Marinol, one of the first synthetic cannabis products,” he said. “And from talking with him, I understood that an injectable formulation of Marinol could be made. So that’s what I did.”

With his device ready, Charles Anker took the plunge — literally. He self-injected the Marinol (1 mg at first, and eventually up to 200 mg).

“The onset was very quick because it doesn’t metabolize. It goes straight in,” he said. “The largest I’ve experimented with is 5,000 mg of THC. Once you get above 250 mg you’re pretty much done. You’re down for the count for four to six hours. Going with larger doses didn’t get anything more. The onset is just as quick, about 5-20 seconds or 5-6 heartbeats. Then, the THC passes the brain barrier and down you go.”

Using Cannabis as a Weapon

The idea of using weaponized cannabis sounds more violent than it is. The goal is to limit lethal force by giving officers and military personnel less violent options. 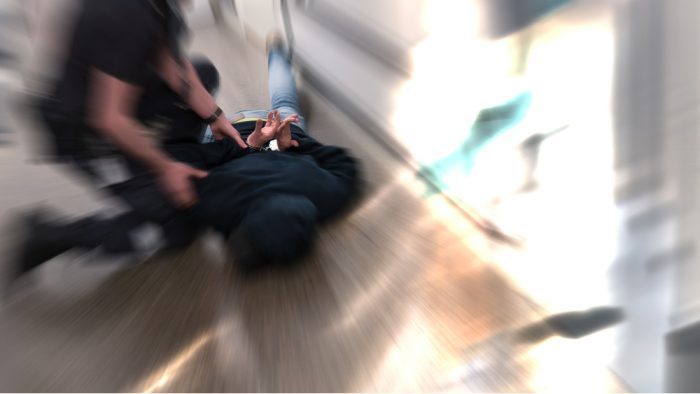 “I’ve seen many a video where somebody’s doing dabs, thinking they’re big and tough, and then they go down on their knees or fall across display cases because they can’t handle the dabs,” Charles Anker said. “So I thought how can I turn that into […] Something that could be used to stop people when things go wrong.”

Anker admits that cannabis-based weapons aren’t suitable for every occasion. But they could completely change the way prison guards treat inmates.

“For corrections, it’s going to be great,” he said. “Canna-Dart is like a short stick. You’ve seen videos where guys are wrestling with corrections officers, and those guys don’t carry guns in the facilities. But the inmates get mad and take on an officer and people get hurt. If they have this injectable, that fight is over in just a minute.”

Or think of other situations where police officers can’t get close. Say someone has a psychotic break — a bad reaction to medication, take too many drugs, or a flare up of PTSD — and they start to wave a knife around in a public place. Right now, police can try to talk to them or resort to deadly force. Charles Anker’s invention may provide a middle ground: Incapacitate the perpetrator without hurting them.

Charles Anker: Behind the Science

The most important aspect of these instruments — which are not on the market yet, Charles Anker is looking to partner with pharmaceutical companies to take the next step toward production — is safety.

Cannabis is non-lethal. In fact, it’s better than that. Typical suppressing agents work by slowing down all the body’s systems, including vital parts of the brain and heart. Cannabis doesn’t do that. Extremely high doses shut down the ability to walk and move, but they leave the vital functions alone. People who take too much aren’t in danger of dying.

RELATED  Hemp Fabric to Hemp Plastic, Is Hemp Really Able to do All of This? 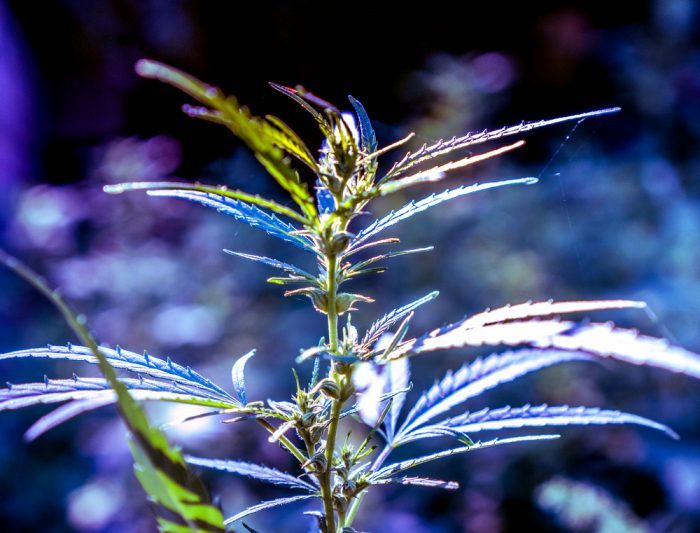 “It’s not like somebody on Ambien or in an alcohol blackout. You really can’t move. You’ve got ‘couch lock,’” Anker says.

While Charles Anker works to bring his patents to fruition, he says the biggest pushback is not coming from law enforcement officers, but certain cannabis activists.

“People think I’m weaponizing a sacred plant, but I’m actually using that sacred plant for good,” he says. “I’m saving lives here. If police don’t have to pull out that shotgun, if they have another option that doesn’t kill people like tasers sometimes do, that’s going to save lives.”

What do you think?