According to the men who bred the plant, Chemdog’s genetics are responsible for today’s most popular cannabis strains.

Those are the names of cannabis plants you’ll find everywhere, legal or not. One can supposedly trace these popular strains’ lineages back to Chem Dog, one of the first chronically dank buds to ever grace American soil.

According to the legends, Chem Dog was bred by a man named – you guessed it – Chem Dog. And he insists it’s spelled d-o-g, not d-a-w-g.

And if Deadheads loved one thing as much as they loved Gerry Garcia, it was weed. Really, really good weed. 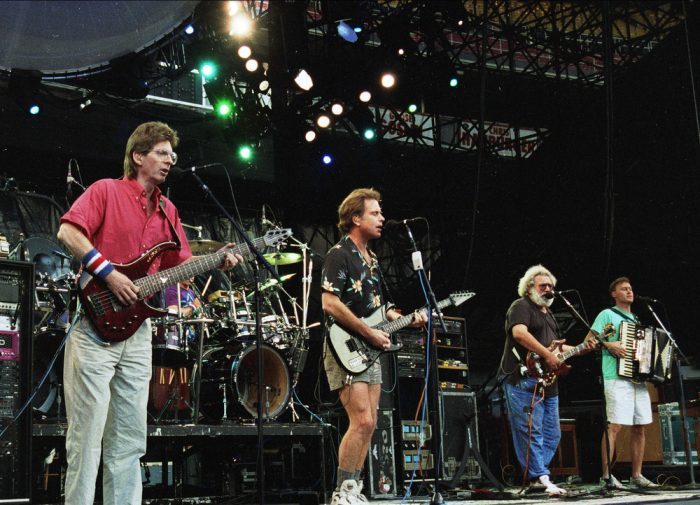 Grateful Dead concerts weren’t just places where people saw their favorite band jam out for hours on end. They also served as venues for cannabis growers to meet, share information – and exchange seeds.

That’s how Chem Dog, a small-time grower, met P-Bud and Joe Brand, the men who introduced him to an incredibly potent strain called Dogbud. He first bought an ounce. Then, he mail-ordered more Dogbud from these same men.

It was the mail order that delivered 13 Dogbud seeds to Chem’s home in Massachusetts. Eager to raise his own, he cracked each one and planted them.

So, even Dogbud’s biggest dealers, P-Bud and Joe Brand, don’t know where it originates from, exactly. According to a High Times interview, they believed it came from somewhere along the Oregon/California border.

Furthermore, Dogbud’s genetics remain hazy. Ironically enough, the grandmama of today’s most popular plants boasts an unknown lineage. According to Brand, he thought the buds tasted “chemmy” (i.e. like chemicals) when smoked. That led to the nickname “Chemweed”.

Chem combined the two names, Chemweed and Dogbud, to give the mother plant its new moniker: Chem Dog.

What gives Chem Dog its “chemmy” flavor and potent high? According to Leafly, data shows it produces higher amounts of myrcene and caryophyllene, with lesser amounts of limonene and humulene. Since terpenes give cannabis its characteristic scents and flavors, we can probably attribute the plant’s bouquet to the mixture of these compounds.

Of course, this assumes the testing data represents an average for genetically consistent Chem Dog plants grown under similar conditions by multiple growers. 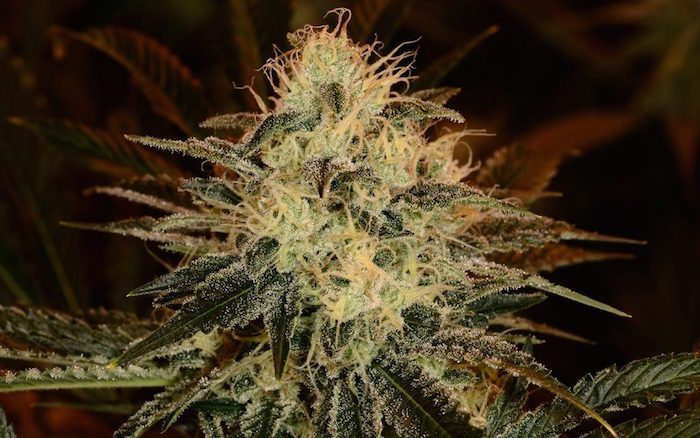 What is Chem Dog Good For, Medicinally?

Some cannabis brains believe myrcene contributes to the plant’s “couch-lock” effect. However, the science behind terpenes and cannabis highs remains unresolved, so this is pure speculation, for now.

Both myrcene and caryophyllene may also contribute to cannabis’s analgesic, or pain-killing, effects. Of course, that pain-killing effect could partially explain the relaxation induced by its “couch-lock” attributes. But again, the scientific jury is still out on this one, too.

As for THC to CBD content, Chem Dog is definitely a THC-rich, lower-CBD chemovar. In other words, it’s probably good for just about any medical condition that other home-grown or commercial weed plants can treat. The medicinal effects of THC are increasingly coming forward, with research centering as much on this compound’s abilities to combat cancer and other illnesses, as well as bring in spiritual healing.

In the end, it’s personal preference. Each patient is going to have their preferred strains, and the chemical, THC-rich traits of Chem Dog may not be for you. That said, if you’re open for a trial run, this is certainly the THC-heavy strain to test.

But how should you take your Chem Dog? Ultimately, its up tot he consumer, and every option has a number of benefits and a few drawbacks. Smoking or vaping are the fastest methods of administration. However, smoking means the patient consumes combustible material. Vaping cartridges caused the EVALI crisis of 2019, but vaping dry bud causes none of these issues.

As far as edible administration, this is another common method. However, the consumer should be aware that this method can be difficult to dose. Oils and tinctures provide one fo the most reliable doses, but the patient should always consume with food. Consuming with food prevents the possibility of lipoid pneumonia.

Overall, adminstering Chem Dog is up to the consumer. No matter the administration, Chem Dog should pair well with some Grateful Dead!

Woodstock Turns 50 As Cannabis Companies Vie For Its Name