In some cases, THC kills cancer cells specifically – Not healthy cells. But how does that work?

In the last few years we’ve learned increasingly more about how cannabis may aid cancer patients. Researchers are looking at how cannabis may ease the symptoms of cancer treatment. These include pain, nausea, and vomiting. They’re even studying if it may fight the disease itself — and cannabis has shown potential. Know, though, that all the research is early, and that there is currently no substantive evidence, from human clinical trials, that cannabis cures or kills cancer. However, through preclinical studies, scientists are finding out that it is possible that THC kills cancer cells. Here’s how it works.

First, readers should temper their hopes with the knowledge that in these preclinical studies, THC doesn’t always kill cancer cells. In some cases, it can do the opposite – aiding them instead.[1]Hart, S., Fischer, O. M., & Ullrich, A. (2004). Cannabinoids induce cancer cell proliferation via tumor necrosis factor alpha-converting enzyme (TACE/ADAM17)-mediated transactivation of the … Continue reading But at the moment, there’s definitely enough definitive research to call for more preclinical trials.

This kind of promise has fueled cannabis-cancer research. In October 2019, the Australian government set aside three million dollars AUD, just to study cannabis and cancer. And as scientists continue to find ways in which cannabis might be able to fight cancer, human clinical trials are the next step. 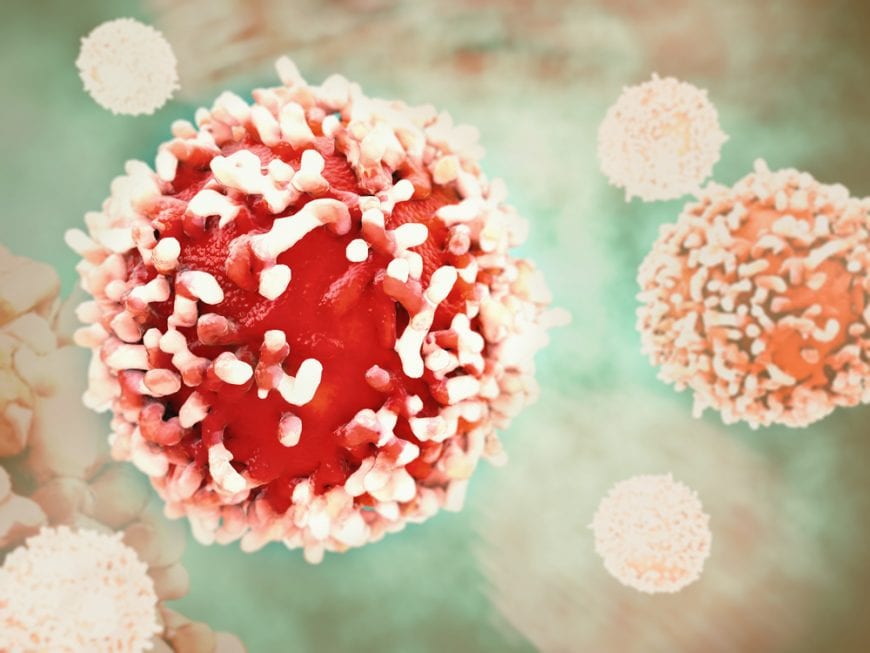 THC May Have Anti-Tumoral Properties

Scientists are discovering that the endocannabinoid system plays a role in the development of cancer. Their hope is that through THC’s ability to bind to cannabinoid receptors, it’s possible that it could help induce anti-cancer responses in the body.

How THC Kills Some Cancer Cells

As cannabis research progresses, scientists are also finding that THC might have the ability to induce cancer cell apoptosis; meaning, THC can potentially instigate cancer cell death. What makes this interesting is that scientists have observed that THC only kills cancer cells, but leaves healthy cells alone.

This kind of discovery might be a big deal in cancer research, since other anti-cancer therapies are often more invasive — killing off healthy, normal, cells, and creating much more difficult side effects.

A study in Current Oncology (2016) discussed the anti-cancer properties of cannabinoids, and how they could potentially be used in treatment. The authors wrote, “in contrast to the death-promoting action of cannabinoids on cancer cells, the viability of normal (non-transformed) cells is unaffected or, under certain conditions, even enhanced by cannabinoid challenge.”[5]Velasco, G, et al. “Anticancer Mechanisms of Cannabinoids.” Current Oncology (Toronto, Ont.), Multimed Inc., Mar. 2016, www.ncbi.nlm.nih.gov/pmc/articles/PMC4791144/.

By stimulating CB1 and CB2 receptors, THC may encourage the apoptotic death of cancer cells. The researchers theorized that cannabinoids activate a signaling pathway that leads to autophagy and cell death. When THC binds to CB1 and CB2 receptors, it synthesizes the production of ceramide — which is what drives cell death. Interestingly, a diseased cell will increase ceramide levels when these receptors are stimulated, but a healthy cell won’t.[6]Velasco, G, et al. “Anticancer Mechanisms of Cannabinoids.” Current Oncology (Toronto, Ont.), Multimed Inc., Mar. 2016, www.ncbi.nlm.nih.gov/pmc/articles/PMC4791144/. 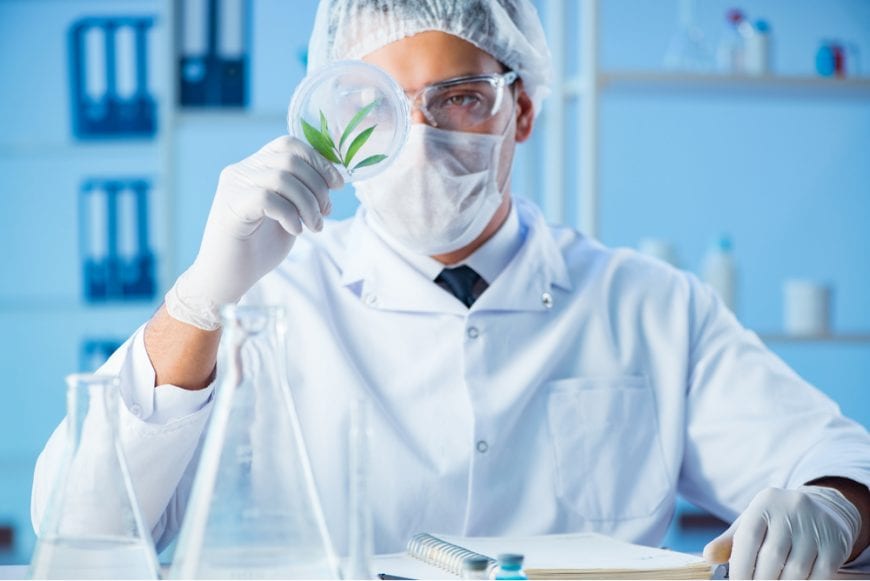 The Future of THC Cancer Research

While much of this research into how cannabinoids might work to fight cancer is compelling, these studies are still very much in the early stages. More in-depth research is needed, and human clinical trials are necessary to truly ascertain the effect of cannabinoids on cancer cells.

But in the meantime, scientists are delving further into the possibilities. From researching the best delivery system for cannabinoids to kill cancer cells, to exploring how cannabinoids interact with concurrent cancer therapies, there is still much to know about how THC can treat cancer most effectively.

And although most studies have been conducted on animals or in vitro, there has been one human clinical trial where THC was used to treat patients with gliobastoma multiforme brain tumors. The study, published in the British Journal of Cancer (2006), observed patients who had been injected with high concentrations of THC.[7]Guzmán, M, et al. “A Pilot Clinical Study of Delta9-Tetrahydrocannabinol in Patients with Recurrent Glioblastoma Multiforme.” British Journal of Cancer, U.S. National Library of Medicine, 17 … Continue reading

They found that the growth of tumors was slowed in two patients among a very small group of nine. Even though this study was too small to contribute any kind of verifiable conclusion, it did add some important information to what we know about the cancer-fighting abilities of THC. The researchers noted the fair safety profile of THC, and its potential to slow the growth of tumors, which makes it a viable candidate for further cancer-related study.

RELATED  Can I Travel with Cannabis or Cannabis Gear When on Vacation?

Its worth noting that just as it may slow tumor growth in some cases, THC can accelerate it in others. This article published in Cancer Research in 2004 is one such example. Remember – cancers are different. It may be that THC kills some cancer cells, but aids others. This is exactly why even more research is necessary.[8]Hart, S., Fischer, O. M., & Ullrich, A. (2004). Cannabinoids induce cancer cell proliferation via tumor necrosis factor alpha-converting enzyme (TACE/ADAM17)-mediated transactivation of the … Continue reading

Taken altogether, the proven ability of THC to ease cancer-related symptoms is reason alone for more research into cannabis and cancer. But what we’re seeing in animal models provides hope for future cancer treatment. We’re seeing how THC can potentially kill cancer cells and slow the growth of tumors. Once we know how these kinds of results translate in the human body, more conclusions can be made about the efficacy of THC as anti-cancer treatment.