I Used Cannabis to Help Me With Stage IV Throat Cancer

I believe cannabis saved my life from Stage IV throat cancer that was metastasizing to my lungs.

I was given less than 6 months to live but am Stage IV Throat Cancer free, and have been so for over a year.

To get through it I made RSO (Rick Simpson oil) – a concentrated cannabis oil with THC in the 80 to 90% and CBD to 30 to 40%, which really helps the white blood cells tell the difference between red and cancer cells. For application, I would put oil under my tongue (since the cancer was in my throat) but suppositories can be made from it too.

I also added to food or juiced the cannabis. And, I made infused oils and I also smoked and vaped, which helps with pain in a few seconds compared to hours. You might say I over did it, but I looked at it as a “rather safe than sorry.”

No way to take too much cannabis, worst thing you might/will fall a sleep and have a great sleep.

I am lucky living in Las Vegas where it’s been legal for years and where I can grow it and know people I get really good prices from so that I can make my own oils.

I’ve been off the oil for a bit, but am going back on because I’m afraid another cancer might come, which has happened to friends and ex-wife. The ones who went back on oil lived, ones who didn’t passed away – like my ex.

There is so much good from this oil! It has people I know off sleeping pills after 10+ years and gives them a better night sleep, while also helping them with their illness. Guy down the street, his hair is growing back and it’s helping with his glaucoma. But, most importantly, it save peoples lives from cancer to addictions and everything in between and is needed to be used more as a mainstream medicine. Thank you for listening to my story.

Sadly, Chip’s story is not unique. Every year, more than 60,000 Americans are diagnosed with some form of throat cancer, with and men are five times more likely than women to contract the illness. Throat cancers are myriad and varied, but they belong to a subset of tumors known as head and neck cancers, which are the fourth-most common kinds of the disease worldwide.

The disease begins, usually, with a sore throat or a hoarse voice. Patients report difficulty swallowing, ear pain on one side, throat bleeding, difficulty breathing and a change in tongue movement.

Typically, throat cancers are caused by a few factors. Chief among them are smoking tobacco and excessive alcohol consumption. However, a diet lacking in vegetables, exposure to asbestos, HPV (the human papillomavirus), and genetics also play big roles.

By the time someone has Stage IV throat cancer, it’s a particularly bad scene. Like Chip, doctors give most patients  only months to live. 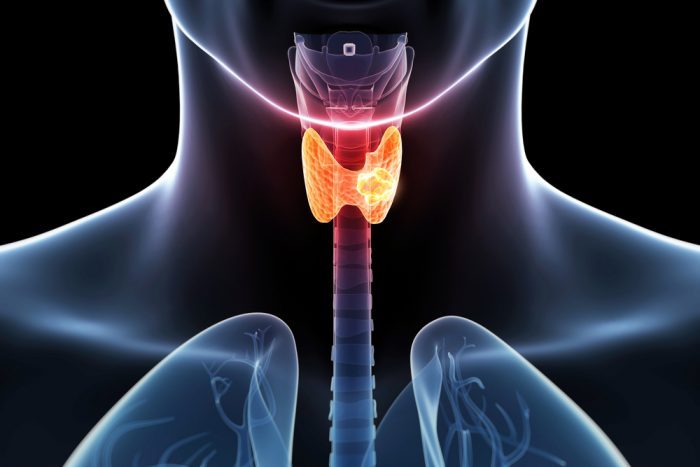 Where Cannabis Comes In

Despite what you may think, cannabis does not lead to an increased risk of throat cancer. In fact, there’s reason to believe that cannabis can help patients just like Chip, meaning even those who have Stage IV throat cancer.

Because any kind of smoke can irritate the throat, it’s best to follow Chip’s lead and use an oil to treat throat cancer. He chose Rick Simpson Oil, which has helped thousands manage their illnesses.

Here’s a quick way to make your own:

You’ve finished the oil. Once the oil cools, you can collect it in plastic syringes. The entire process takes 3-4 hours. 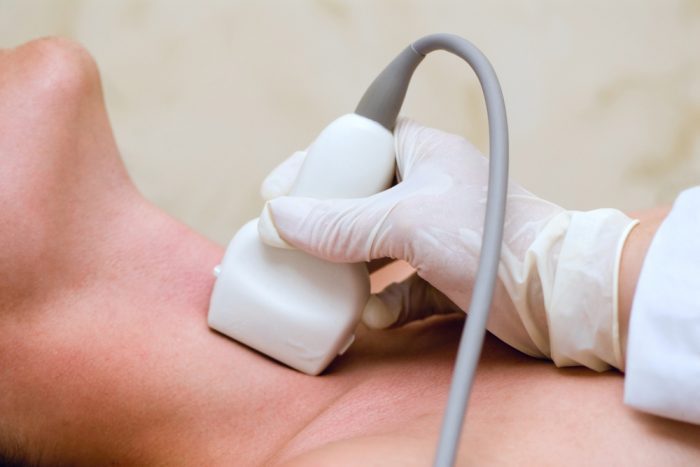 The result should be about 60 grams of RSO and should have the consistency of thick grease.

While Chip was able to rid himself of metastasizing tumors, not every cancer is the same. He had Stage IV throat cancer, but Rick Simpson cured his own skin cancer thanks to high-THC oil. That said, it’s hard to tell if these stories are outliers or the norm until we have more evidence.

What we do know is that cannabis has a tumor-shrinking effect on cancer, and helps to manage side effects from the disease as well as common treatments, like chemotherapy and radiation.