The intense vomiting of cannabinoid hyperemesis syndrome (CHS) is life threatening and real whether you believe it or not.

Last year, cannabis advocate and influencer, Alice Moon, shared her story of cannabinoid hyperemesis syndrome (CHS) with RxLeaf. Doctors treated her for the mysterious illness that is characterized by uncontrollable vomiting. Although medicine doesn’t yet know what causes CHS, something in cannabis appears to be the culprit. What that something – or somethings – is/are both unknown and contentious.

Back in September 2018, Moon spent months visiting hospitals and clinics while doctors tried to figure out what was going on. After settling on CHS – which is not yet an officially recognized diagnosis – she slowly resumed cannabis consumption, though at much lower doses and frequencies than she had prior to getting sick. Life apparently returned to normal for her.

However, last month, after consuming a full-spectrum CBD capsule, Moon said her symptoms of relentless vomiting returned. Once the vomiting started, she knew the CHS had returned, though this time she said the episode was much more severe than in the past.

“The hospital didn’t even want to admit me,” she said. “They said they couldn’t admit me just for throwing up. They’d never even heard of [CHS]. The ER doctor didn’t know the difference between THC and CBD, either, which blew me away.”

Blood tests revealed Moon’s blood sugar levels had dipped to dangerously low levels, which finally got her admitted. She spent sixteen days vomiting, with four of those in hospital. Doctors diagnosed her with stomach inflammation likely caused by the vomiting rather than CHS.

A New Community Comes from Cannabis

Moon joined a Facebook group devoted to supporting those with CHS. She also said friends and peers refer other CHS patients to her on a weekly basis. She was surprised to learn that members of the group knew who she was because of her interviews and social media posts about CHS, but they chastised her for resuming cannabis consumption.

One group member told her, “You can’t go back to [cannabis]. [CHS] is a forever thing.”

RELATED  The Entourage Effect, Like Anything Else, May Have Its Downsides

According to Moon, patients who’ve struggled with CHS often try to return to cannabis. But, she said, CHS’s return isn’t a “matter of if, it’s a matter of when. It’s going to come back.”

How to Deal with CHS

If you or someone you know may be experiencing CHS, what should you do? Moon advises ceasing all cannabis consumption immediately and permanently – at least until a better, effective treatment comes along.

Depending on your circumstances, it may be a good idea to let friends, family, and coworkers know if you have CHS. Not only does this make them aware of the issue, it prevents undue peer pressure from creeping up at toke seshes, parties, or other events. 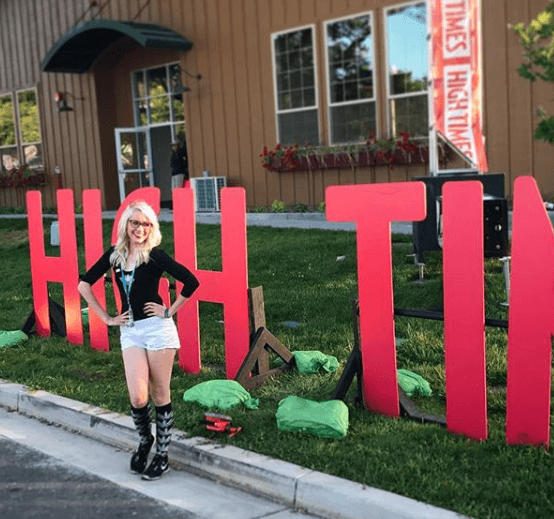 Cutting out the cannabis may not be enough, either. Moon recommends avoiding other foods that could contain cannabinoids, such as coffee, chocolate, certain peppers, and truffles.

Finally, be incredibly mindful of what’s offered to you, especially at conventions and other public gatherings. Moon recounted a recent encounter at a natural foods expo where a vendor offered her a CBD-infused drink that she was unaware contained CBD.

When she explained CHS to him, she said he just scoffed: “And that’s a problem.”

Although the medical literature hasn’t documented anyone dying from CHS, one doctor told Moon last year that she could’ve experienced renal failure had she continued to suffer from dehydration, as the vomiting got so bad she couldn’t hold down water at one point.

Ever since Moon came out about CHS, she received a lot of negative comments from other cannabis advocates and entrepreneurs. She’s been accused of being a “shill” for the pharmaceutical industry and prohibitionist organizations. 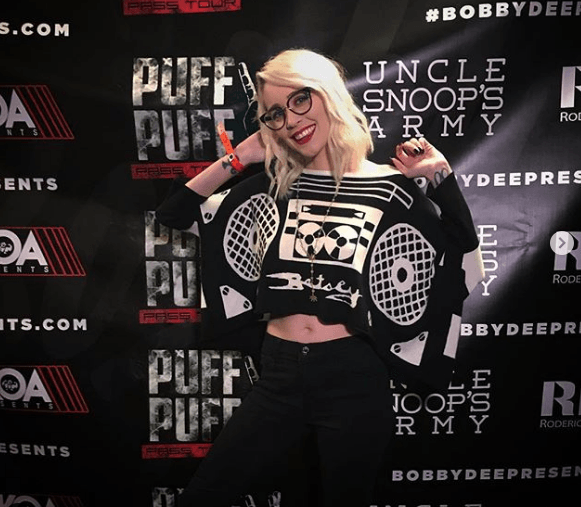 “There are some people who give me a lot of support,” she said, noting the split between supporters and critics is about fifty-fifty. “Then there are others who are just angry. They don’t want to believe it’s true. People need to push for more research instead of trying to push me out the door.”

These accusations strike her as odd, considering she’s still fighting for both cannabis legalization and normalization. Moon is the PR and media manager for Paragon, a workspace for cannabis industry professionals. Her CHS hasn’t put her off cannabis.