New research and funding means cannabis could enter into enhanced clinical trials for MS and other neurological disease.

Multiple Sclerosis (MS), Alzheimer’s, and Huntington’s disease are neurological conditions that attack the central nervous system. Although these conditions affect millions of people globally, their mechanisms of treatment are largely unknown. And, unfortunately, there aren’t many effective treatments for these conditions at this time. There are, however, several clinical trials for MS (and other neurological conditions) on the way. Furthermore, many are looking at cannabis as a potential treatment option.

Why cannabis? Patients already access cannabis for the treatment of symptoms relating to these conditions. Interestingly, according to the Multiple Sclerosis Society of Canada, more than ninety percent of respondents had tried the plant for its therapeutic benefits.

Clinical trials are currently looking at cannabis for MS and Alzheimer’s. This is inspired, in part, by preclinical work and successful case studies. The research into cannabis for Huntington’s Disease follows similar trends. With such a demand for clinical trials, a recent announcement from the University of Alberta comes as welcome news. The university has planned a multi-year investigation into the possible applications for cannabis in neurological conditions. Additionally, it comes with funding from Atlas Biotechnologies. 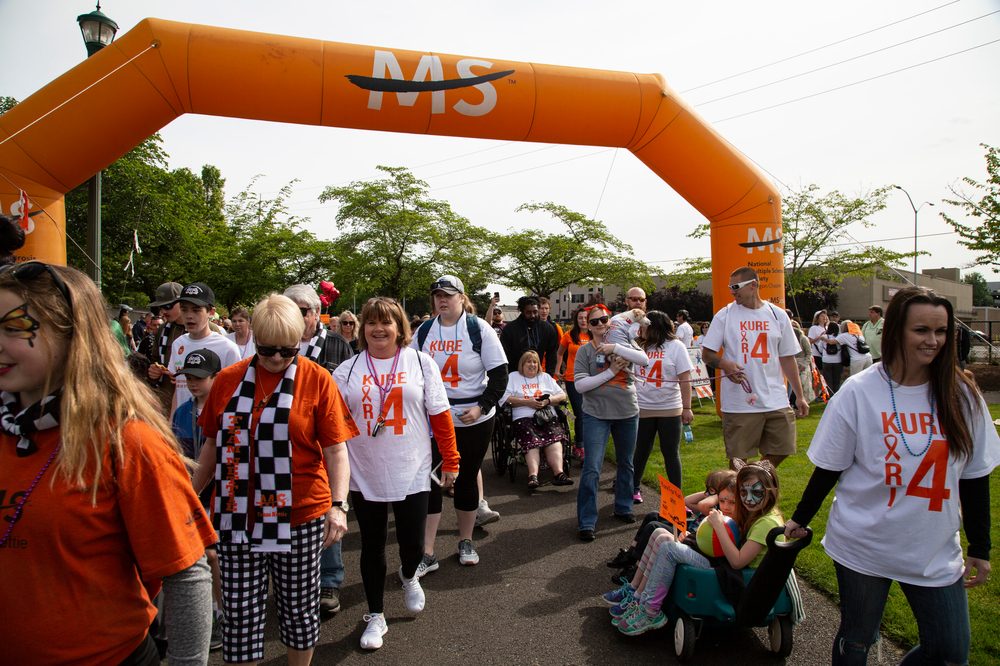 In December 2019, the University of Alberta announced its partnership with Atlas Biotechnologies to investigate cannabinoids for the treatment of three different neurological conditions. Atlas is a Canadian producer, already cultivating medicinal cannabis in its large Edmonton facility. Atlas also recently began a research collaboration with Harvard Medical School, announced in May 2019.

Together, Atlas and the U of A have designed three separate studies into cannabis for neurological conditions:

1) Cannabinoids, including cannabidiol (CBD), for the treatment of MS-related pain.

2) Cannabis as an anti-inflammatory and preventative measure for neurological degeneration associated with Huntington’s Disease.

3) Different cannabinoids for neuroprotection in animal models of Alzheimer’s disease.

Unfortunately, these are not technically human clinical trials for MS, Alzheimer’s, or Huntington’s. But, Altas is paving the way to include humans in this new research. But to do so, they must follow this strict, and often lengthy, process.

The Scientific Argument for Cannabis and MS

Regarding neurological conditions, researchers understand the effects of cannabis on MS the most. There have already been several clinical trials on cannabis for MS, leading to approvals for pharmaceutical cannabinoids for the treatment of MS-related spasticity.

For example, in 2018, the Neurology of Systemic Diseases published, “The Use of Cannabis and Cannabinoids in Treating Symptoms of Multiple Sclerosis: a Systematic Review of Reviews,” a round-up of all the available literature on the subject. To date, this remains one of the best summaries. It includes findings from eleven systematic reviews, covering thirty two studies. Of these, ten were randomized controlled trials.

As per the reviewer’s conclusions, “Recent high quality reviews find cannabinoids may have modest effects in MS for pain or spasticity.” The evidence details only mild or moderate adverse side effects among study participants. One of the limitations within the current literature is the lack of secondary outcomes. However, while authors admitted more research was necessary they also noted that: “Beneficial effects on bladder function and sleep were identified by some reviews.” 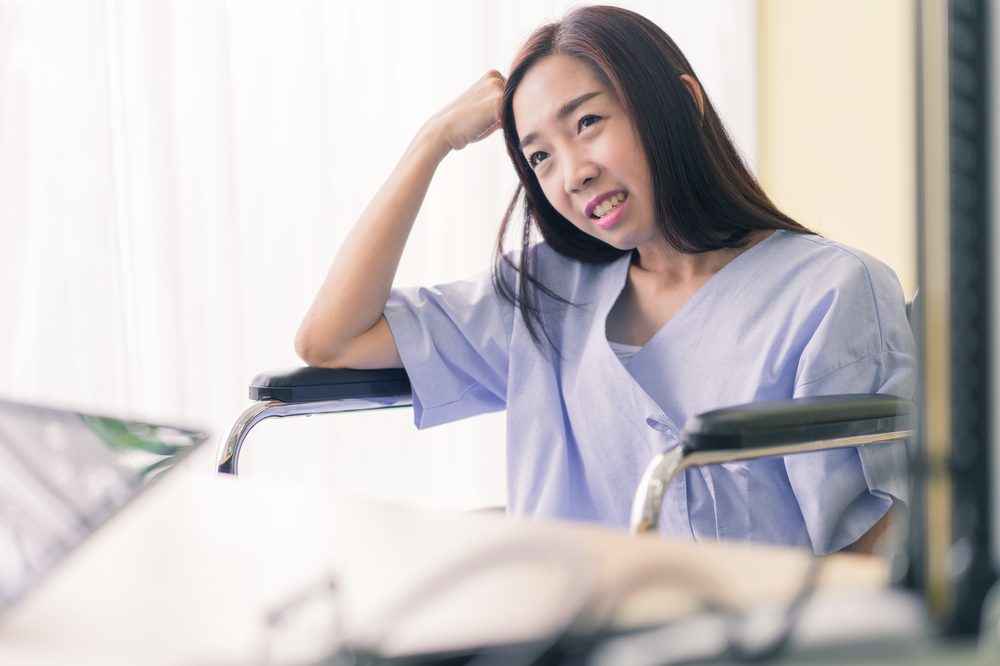 Scientific Support for Cannabis in Alzheimer’s

The 2019 report from the Canadian Agency for Drugs and Technologies in Health set out to answer two questions:

1) What is the clinical effectiveness of medical cannabis for the treatment of dementia?

2) What are the evidence-based guidelines associated with the consumption of medical cannabis for the treatment of dementia?

According to the authors, Kwakye Peprah and Suzanne McCormack, limited evidence suggests cannabis may reduce the severity of many of the challenging symptoms of the disease.

Cannabis showed potential for reducing common symptoms of dementia like agitation, disinhibition, irritability, and aberrant motor behavior. But, it fell short of indicating treatment for the underlying condition. However, a key benefit was that cannabinoids may help reduce nocturnal behavior disorder and improve cognitive scores for dementia patients. While Peprah and McCormack noted the limited scope and quality of research, they concluded, “medical cannabis may be effective for treating neuropsychiatric symptoms associated with dementia.”

Research into the therapeutic potential of cannabis for the treatment of Alzheimer’s and dementia is rapidly advancing. As only a few recent examples, the Spier Family Foundation announced it was going to fund new research in 2019. Additionally, a Canadian philanthropist recently donated a million dollars towards understanding cannabis and brain diseases.

In 1991, researchers were exploring cannabinoids for the treatment of Huntington’s Disease. And while the outcomes from this early study, published in Pharmacology, Biochemistry and Behavior, were inconclusive, the research is ongoing.

In the Journal of Huntington’s Disease (2018), German researchers looked at how cannabinoids could affect one of the most challenging symptoms of the disease: dystonia. This is a condition of sudden, involuntary, and uncontrollable muscle contractions. It can affect a single muscle or the entire body.

According to the findings, cannabinoid treatment improved dystonia. This also meant improvements to fine motor skills, and led to needed weight gain. The authors also, “observed changes in behavior with less irritability and apathy, as well as less hyper-salivation in some cases.”

The results from this 2018 study are promising, even if other research proves less supportive. The results from, “A double-blind, randomized, cross-over, placebo-controlled, pilot trial with Sativex in Huntington’s disease,” indicated no statistically relevant changes in symptomatic or functional assessments. However, this study noted the pharmaceutical cannabinoid tested was safe and well-tolerated, with no serious adverse effects. 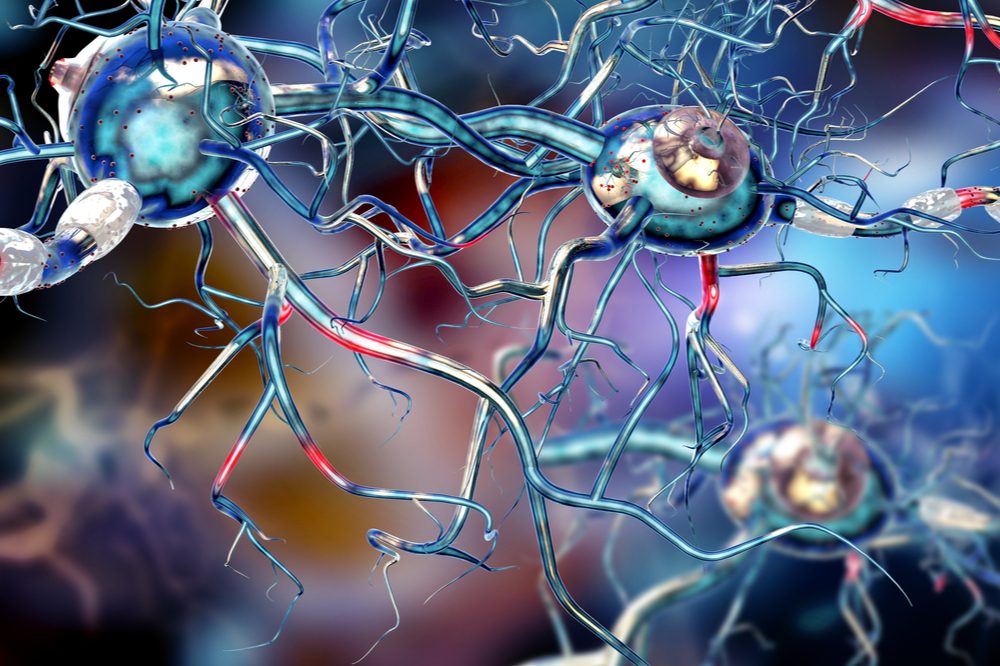 The Future of Cannabis for Challenging Neurological Conditions

Will the new studies from the University of Alberta lead to more clinical trials for MS and other neurological diseases with cannabis? This will largely depend on the findings.

As many researchers will attest, getting cannabis to clinical trial is an immensely frustrating legal and bureaucratic nightmare, especially in the U.S.. As psychiatrist Staci Gruber told The Scientist, working in cannabis is, “not for the faint of heart.” Researchers need to go above and beyond in preclinical work to make a strong argument for getting cannabinoids into human clinical trials.

But patients, physicians, and clinicians are hopeful and determined. The new Atlas funded research — combined with meaningful work elsewhere around the world — is promising. Therefore, there is a growing possibility cannabis will enter into even more clinical trials for MS in the future.

Peprah, K. P. and S. M. C., & McCormack, S. (2019). Medical Cannabis for the Treatment of Dementia: A Review of Clinical Effectiveness and Guidelines. Ottawa, ON: Canadian Agency for Drugs and Technologies in Health.