Thanks to a high number of cannabinoid receptors in the reproductive organs, cannabis may help with endometriosis, PMS, painful sex, and more.

Even though the impact of cannabis on women’s reproductive health is not talked about much, there are a multitude of cannabis receptors in the female pelvic region. This could go a long way toward explaining why cannabis affects men and women differently. Also, women seem more sensitive to the substance, according to research published in the journal Life Sciences (2005).[1]Craft, R.M. (2005). Sex differences in behavioral effects of cannabinoids. Life Sciences. 30;77(20):2471-8. DOI: 10.1016/j.lfs.2005.04.019.

The extra sensitivity has its perks for women. Basically, it means that the symptoms of disorders, like endometriosis, sexual pain, vaginal dryness, menstrual pain, and other common pelvic conditions, may he helped by cannabis.

In fact, cannabis may be uniquely suited for women’s health.

At the very top of the list of painful common pelvic conditions is endometriosis, a disorder in which the tissue normally found in the uterus grows in other places around the pelvis. It causes severe pain, especially during menstruation, when the tissue responds to the body’s hormonal changes, it becomes engorged and sheds.

The regular pain of endometriosis eventually leads to chronic inflammation of the tissue. This in turn causes unceasing pain that many medications don’t touch. Often, hormone-based therapies are the only help. However, cannabis has been found to be a good assistant.

found that women with endometriosis have fewer cannabinoid receptors in their pelvis. The research demonstrates how vital the endocannabinoid system is in managing endometriosis.

The study showed that injured endometrial tissue causes the endocannabinoid receptors to go into overdrive, suggesting that the body relies on this system to help soothe and fix pelvic pain. Women who suffer from endometriosis show less upregulation of CB receptors in endometrial tissues, which helps explains the pain — and opens the door for cannabis treatment.

If the body’s natural endocannabinoids are falling down on the job, it makes sense to send in outside cannabinoids to help them along.

The physical and emotional symptoms of premenstrual syndrome and its darker cousin, premenstrual dysphoric disorder (PMDD), are horrendous. A typical sufferer can endure varying levels of insomnia, irritability, depression, joint pain, and overeating.

But, thanks to the endocannabinoid system’s regulation of pain, mood, inflammation, and appetite, cannabis is a perfect way to treat this and other common pelvic conditions.

What’s more, consuming cannabis had no negative side effects, which made it preferable to typical hormone-based treatments.

While the exact mechanism by which cannabis helps stave off these symptoms is not fully understood, the women surveyed in the study didn’t seem to mind. If it works, it works.

Painful sex is, sadly, a common pelvic disorder. Whether it’s caused by vaginal dryness or other issues, it can make intimacy feel unbearable and add unnecessary friction to relationships.

Luckily, the vagina’s mucous membrane means it can easily absorb and quickly feel effects from medicines, especially those containing cannabinoids.

Both the active ingredients in cannabis, THC and CBD, have well-documented pain-reliving abilities. Depending on the kind of pain experienced, either one (or more likely, a full-spectrum combination of both) could work very well to ease sexually instigated pain.

Some women have found quick relief in the form of THC- and CBD-based lubricants that can be quickly absorbed through vaginal walls. These lubricants can help ongoing vaginal dryness as well by enhancing sexual stimulation.

But, sometimes pain during sex is just one aspect of a larger common pelvic condition. Doctors call it chronic pelvic pain, or CPP. It refers to pain emanating from areas below the belly button and lasting longer than six months. It can cause pain during intercourse, while going to the bathroom, and even when sitting for long periods of time.

A study, published in Obstetrics & Gynecology (2019), [4]Becky K. Lynn, Julia D. López, Collin Miller, Judy Thompson, E. Cristian Campian. (2019). The Relationship between Marijuana Use Prior to Sex and Sexual Function in Women. Sexual Medicine. 2019. … Continue readingfound that women who suffer from CPP can safely and effectively consume cannabis to decrease and prevent their pain. In fact, every woman who consumed cannabis reported it was effective in treating their symptoms.

In these cases, the patient can use lubricants as additional measures, to spot-treat pain during sex. These dovetail nicely with regular doses of cannabis oil or edibles, to keep the chronic pain at bay and prevent flare ups. 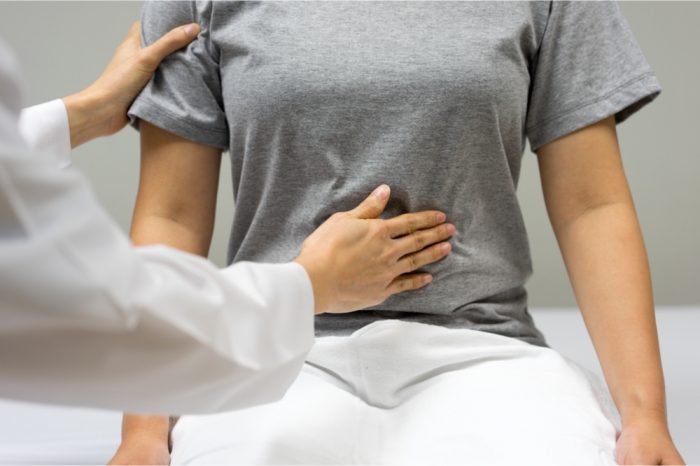 While research cannot always fully articulate how, it’s clear that cannabis provides relief for a variety of female disorders.

Medical science knows that the endocannabinoid system is a big part of this effectiveness, and that the anti-inflammatory and pain-relieving powers of cannabis play large roles. But we need more research.

It’s also clear that cannabis encourages sexual behavior, thanks to its anti-anxiety effects and how it impacts the brain’s dopamine system. This helps calm worries and make sex feel more pleasurable. Basically, it helps women “let go” and enjoy the moment.

What’s more, research in Sexual Medicine (2019),[5]Johns, Charity; Lachiewicz, Mark (2019). Cannabis for Treatment of Chronic Pelvic Pain: A Survey of Prevalence and Effectiveness. Obstetrics & Gynecology. May 2019 – Volume 133 – … Continue readingfound that cannabis stimulates increases in the hormone oxytocin in women, which in turn contributes to a higher sex drive. Interestingly, cannabis may help for a range of sexual and common pelvic conditions.