Cannabis and the way it interacts with receptors in the amygdala may be a treatment for panic attacks.

New cannabis research appears on the scene almost on a daily basis. But, can cannabis treat panic attacks? A study, published in Neuron (2014), could help researchers gain a greater understanding of this. It examines how cannabis affects the amygdala — the part of our brain that regulates stress response and emotional learning.

The study reviewed how endocannabinoids (ECS) work with receptors like CB1. Additionally, it reviewed how these might influence neurons involved with the expression of fear and anxiety. The results warrant further research on how cannabis turns on and off emotional responses that might cause panic attacks.

GABAergic neurons make up the structure of the amygdala, and these are split into lateral and medial subdivisions. The study cites previous research that the activation of the neurons in the lateral subdivision can inhibit the output of neurons from the medial subdivision. This results in reduced fear and anxiety. With this in mind, the researchers then attempted to discover if detecting CB1 receptors in the central amygdala was possible. Also, they aimed to reveal what effect ECS could have on the brain’s fear center.

They found the presence of “endocannabinoid signaling elements at glutamatergic synapses in the lateral subdivision.” But, what does this mean in laymen’s terms? Endocannabinoid signaling can decrease or increase neuronal network activity that controls fear, anxiety, and stress. It appears that cannabis could affect what happens in the amygdala by activating CB1 receptors.

In the above study, researchers showed that ECS signaling suppresses glutamatergic transmission onto those lateral neurons. They also noted this, “could represent an important synaptic mechanism regulating stress response physiology and anxiety-like behaviors.” 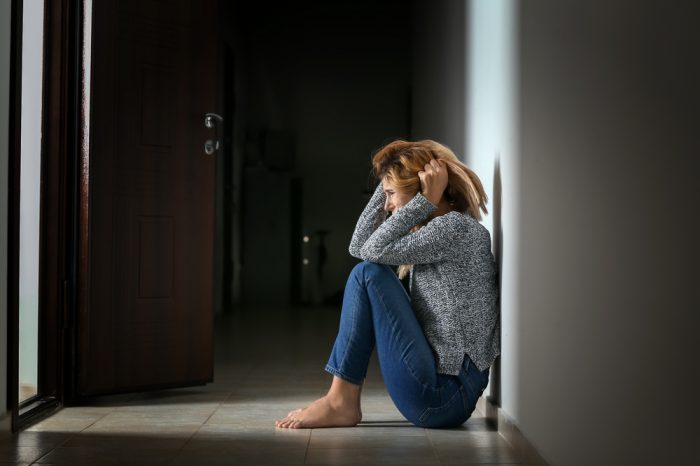 What is the Difference Between Anxiety and Panic Attacks?

Science has shown that CBD can be helpful in treating anxiety. But how does that relate to panic attacks? According to the Anxiety and Depression Association of America, a panic attack is a condition that is not the same as anxiety. They define it as “the abrupt onset of intense fear or discomfort that reaches a peak within minutes and includes at least four of the following symptoms:

RELATED  Chem Dog: The Man, The Myth, and the Legendary Plant

While individuals with anxiety may also experience some of these symptoms, what differentiates general anxiety from a panic attack is the overall intensity and duration of those symptoms. A panic attack also doesn’t require a specific trigger for induction to occur. Whereas anxiety is usually in response to a stressor or threat, and develops more gradually. Panic attacks are sudden, and can often occur without warning or provocation. 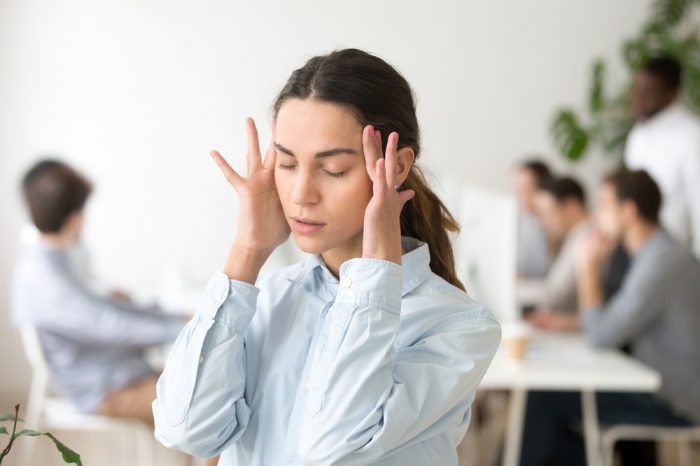 The Control Center of Fear and Anxiety

The amygdala has been described as the “hub of fear and anxiety,” since it manages the chatter of those emotions to other regions of the brain. By reducing the chatter of neurons emanating from the amygdala, it could be possible to dampen anxiety and reduce fear responses.

Research suggests CBD can alleviate anxiety and panic disorders by working on the serotonin 5-HT 1A receptor. This receptor can participate in the brain’s response to stress and anxiety, and it’s the same receptor targeted by pharmaceutical-grade anti-anxiety medications.

CBD also has the ability to tamp down the brain’s formation and maintenance of fear-based memories. This can be helpful to patients experiencing conditions like post traumatic stress disorder (PTSD) or agoraphobia, and the panic attacks that often come with them. Yet, we also know that THC can cause symptoms of anxiety, and that long-term use can actually result in panic attacks and anxiety disorders. Edibles infused with THC have also been known to induce panic attacks.

More research is necessary, but the future looks promising in regard to cannabis and how it could potentially work with the ECS system to provide relief from anxiety and panic attacks. By correcting ECS deficiencies, patients struggling with panic disorders could improve their quality of life.

Knowing that THC can make anxiety worse, however, could mean that the challenge will fall solely on the shoulders of CBD. However, more research is necessary to completely rule out THC as a treatment option. If cannabis can affect what happens in the amygdala by activating CB1 receptors then THC could still play a key role. As it is the intoxicating compound that binds with CB1 receptors, not CBD. Increased knowledge about the proper dosing for THC and CBD would be key to accurately treating such conditions. This is where new and more in-depth research can help.