CBD may hold promise for dogs struggling with seizures too!

Just like cannabidiol has revolutionized how humans think about treating epilepsy and seizures, it’s having the same effects in veterinary medicine. Now dogs with seizures are getting the CBD treatment as well, thanks to the advocacy work of pet owners and vets’ advice.

For any owner who has witnessed their dog go through a seizure, or is currently navigating canine-epilepsy treatments, does CBD hold all the answers? Here is what we know so far about dogs with seizures and the promise of CBD.

What Causes Seizures In Dogs?

Like we see in humans, there are more than a dozen different root causes behind dogs’ seizures. Depending on what led to the episode, it may be a one-off event, or it could mean there is a serious underlying health concern needing long term care.

Often a single episode may be traced back to the dog’s accidental ingestion of a poisonous substance. According to the American Society for the Prevention of Cruelty to Animals, this can include medications, plants and fungi, illicit drugs, and even children’s toys, like play-dough. Importantly, pet owners should know that any cannabis containing THC may also lead to seizures. THC is toxic to dogs, even in small doses.

But what if the situation is dire and evolves into an ongoing concern? The American Kennel Association explains, “The term epilepsy refers to a heterogeneous disease that is characterized by the presence of recurrent, unprovoked seizures resulting from an abnormality of the brain.” In this case, the seizures are caused by an inherited genetic condition or an unknown condition called Idiopathic Epilepsy. Another cause for epilepsy in dogs is structural problems within the brain, which may stem from a congenital disability, damage from an old injury, or another veterinary condition. 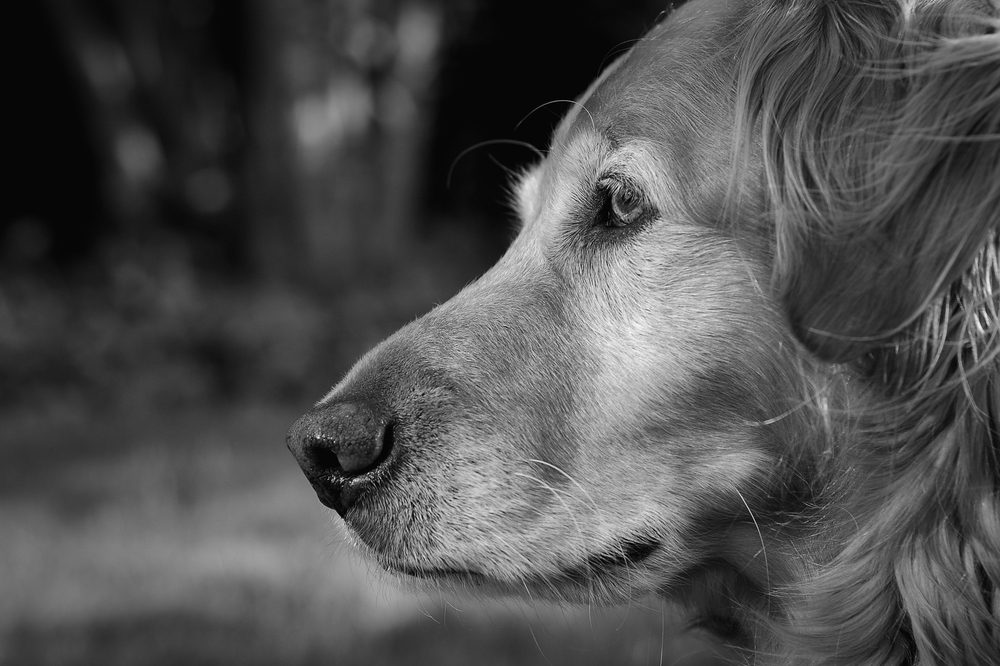 What Kinds of Seizures do Dogs Experience?

There are three main types of seizures dogs may experience. Knowing the differences between each will help during your consultation with a veterinarian. Once the vet issues a diagnosis, the type of seizure will also inform the treatment options and perhaps explain more about the underlying condition.

The three common types of seizures among dogs:

Grand mal seizures may happen for only a few seconds or up to several minutes. This type of seizure visually looks like full-body convulsions or loss of consciousness. These are caused by abnormal electrical activity in the brain.

This type of seizure is more difficult to diagnose in dogs, as it often doesn’t look like a stereotypical seizure at all. Instead, you may notice strange behavior that lasts for several minutes. It may look like your dog is stuck in a loop on a specific activity. Some examples include interacting with an imaginary object and chasing its tail. The same strange action will repeat with every seizure.

If you notice convulsions or strange movement in only one side of the dog’s body, or even in a single limb. Instead of abnormal electrical activity across the brain, this time, it happens only in one area.

How to Treat Dogs With Seizures

As is the case among their human counterparts, antiepileptic drugs are the most common treatment for canine epilepsy. These canine-specific drugs are typically similar to human-specific antiepileptic pharmaceuticals, although in slightly different formulations or doses.

If your dog has been diagnosed with canine epilepsy and now requires medication — the process can be an arduous one. Not all drugs will work, and when they do, there may be intolerable adverse side effects for your pup. Working closely with your vet, it can take a while to get the medication right and the dosage appropriate.

For example, many of the first, second, and third-generation antiepileptic drugs (of which there are dozens) list the following as common side effects: sedation, ataxia, withdrawal, physical dependence, vomiting, and increased appetite and water consumption. Some of these effects are so severe they warrant total cessation of the treatment.

RELATED  These are the Three Best Medicinal Mushrooms for Healing

Is There Another Way? CBD for Seizures

Dogs and owners have a lot in common when it comes to seizures and epilepsy treatments. Many of the condition’s root causes are the same, as are many of the pharmaceutical treatment options. Another similarity? The adverse effects of these medications. Among human patients, this has meant the quest to find safer options with better tolerance.

Cannabidiol (CBD) has recently made headlines for its ability to reduce seizures in children diagnosed with treatment-resistant types of epilepsy. Although derived from cannabis (hemp, low-THC varieties), it is nonintoxicating and has a remarkable safety profile. As a 2017 update in Cannabis and Cannabinoid Research confirmed[1]Iffland, K., & Grotenhermen, F. (2017). An Update on Safety and Side Effects of Cannabidiol: A Review of Clinical Data and Relevant Animal Studies. Cannabis and cannabinoid research, 2(1), … Continue reading, “In comparison with other drugs, used for the treatment of these medical conditions, CBD has a better side effect profile. This could improve patients’ compliance and adherence to treatment.”

It’s so well-received and well-established through clinical trials that CBD has become the first-ever cannabis-based pharmaceutical approved by the Food and Drug Administration. It’s now available in the US for the treatment of Lennox-Gastaut syndrome, Dravet syndrome, and tuberous sclerosis complex. 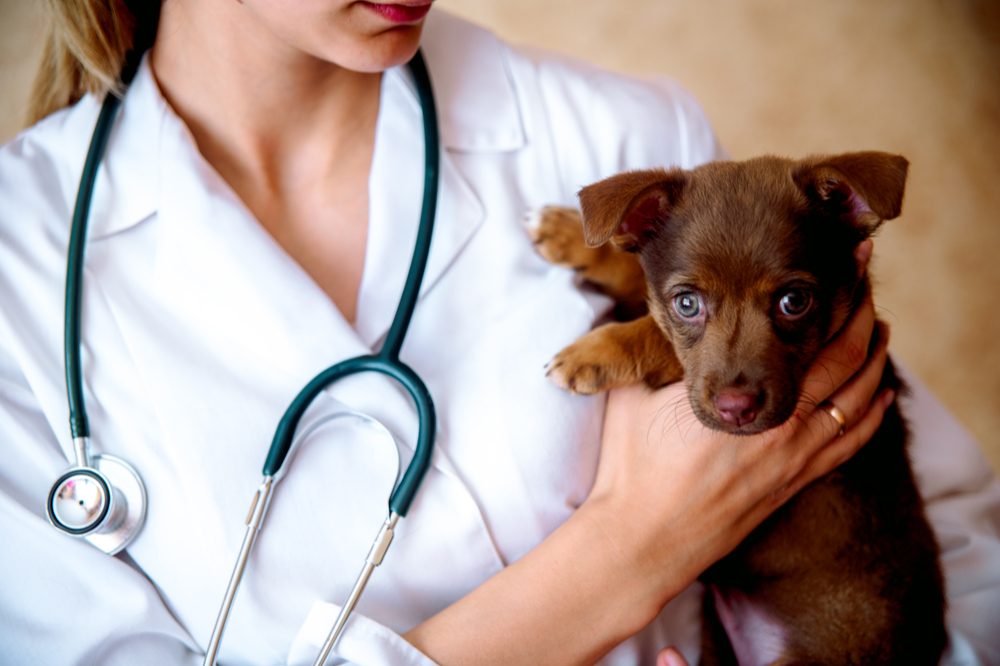 Research into CBD for Seizures with Dogs

Does the potential of CBD for epilepsy among humans translate to their canine companions? Although the veterinarian community has been slow to explore CBD for pets, some new studies demonstrate quite remarkable results.

All mammals have an endocannabinoid system, which is the primary target of cannabinoid therapies for epilepsy. Of course, there are differences between different species, but the endocannabinoid system mostly has the same structure and purpose between mammals. Therefore, it makes sense that CBD’s anti-convulsant effects on humans would translate well into dogs.

In 2019, the Journal of the American Veterinary Medical Association published findings from a small study working with canine intractable idiopathic epilepsy. The researchers gave twenty-six dogs CBD, in combination with their usual antiepileptic medications or a placebo[2]McGrath, S., Bartner, L. R., Rao, S., Packer, R. A., & Gustafson, D. L. (2019). Randomized blinded controlled clinical trial to assess the effect of oral cannabidiol administration in addition to … Continue reading. Although this was a relatively small study, they discovered that the “Dogs in the CBD group had a significant (median change, 33%) reduction in seizure frequency, compared with the placebo group.”

Their results suggest that CBD could help reduce seizures in dogs, just like it does in humans. At the very least, it may help improve the effectiveness of pharmaceutical approaches. More research is needed to test these first results.

A Future for CBD as a Treatment to Canine Epilepsy

Cannabidiol isn’t the first drug to cross the human-canine divide. It’s proven ability to reduce hard-to-treat forms of epilepsy among people makes it a primary contender for treating epilepsy in dogs. Unlike THC, dogs respond well to CBD with low risk of side effects. Compared with the usual suite of antiepileptic drugs, CBD could offer pet owners a more palatable option to treat their pooches seizure condition than what is currently available.

The Benefits and Risks of Using Cannabis for Pets

Why Sharing Cannabis Medicine with Pets is a Bad Idea