Crossing the border with cannabis is a hard no.

Increasingly, Americans are crossing the border into Canada to buy prescription drugs at lower prices. Presidential hopefuls are even making a show of getting in on the act. But what happens when patients go north for medicinal cannabis? Will we still applaud that kind of market-beating ingenuity?

While you won’t be imprisoned for entering America with insulin you bought at a Canadian pharmacy for 90 percent less than what Walgreen’s charges, the act is technically illegal.

The U.S. government doesn’t want anyone benefitting from the competitive prices that nationalized healthcare has brought to Canada, although there are some exceptions. For instance, if the drug isn’t available in America and you only buy a small amount. Instead helping taxpayers get cheap drugs, American politicians want to make sure their constituents line the pockets of big political donors (read: pharmaceutical companies).

Because medical cannabis falls under the criteria of prescription medication, it is technically illegal to bring into the U.S. But while border agents will often look the other way for diabetics, the same isn’t true with pot. In those cases, authorities punish medicinal fugitives much harsher.

Among other ridiculous ends, the U.S. policy means that epileptic children coming here from abroad might be put in jail for packing their medication. Does that sound like justice? 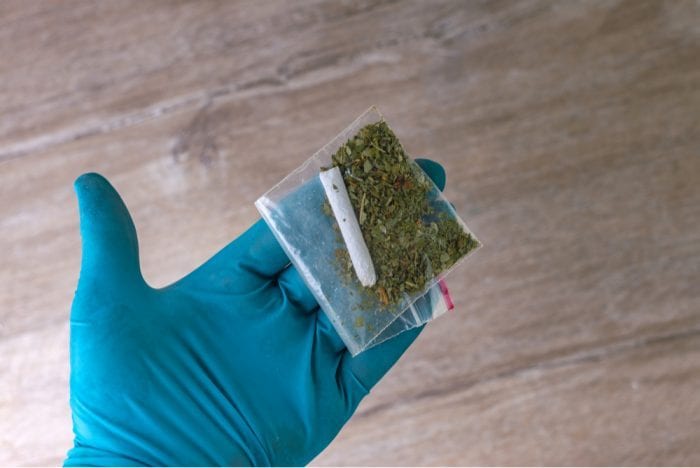 The U.S. is not alone in this kind of policy. Not only is taking cannabis out of Canada against the law, it’s equally illegal to bring cannabis into Canada.

What about medicinal cannabis? Doesn’t the government have a vested interest in protecting the health and wellbeing of its citizens even when they’re outside the country? The country’s state department issues travel warnings and advises globetrotters as to which vaccines and medicines they should bring to other countries. Why should cannabis be any different?

Hint: there’s not a good reason. It’s the same old anti-pot propaganda that activists are working so hard to counter.

Even when a traveler is going from Canada to a U.S. state that has legalized cannabis in all its forms, it’s still bad news to be caught crossing the border with it. This doesn’t make sense. It’s comparable to taking a beer across the border, or even Tylenol. Both are legal substances, just like cannabis. Why do we judge the plant differently than its peers?

However nonsensical, the fact remains that no matter where you’re going, it’s illegal to bring cannabis into the United States. Why? Because of its status as a Schedule I substance with no medicinal value. As long as U.S. government still categorizes cannabis as such, there’s no hope that it will move legally through our ports of entry.

But as bleak as it seems, all hope is not lost.

A Defense Against Drug Imports

In the vast majority of cases, when someone brings a controlled substance into the United States for personal use, the worst that happens is their medicine is taken away. Yet, if there’s an arthritis medicine that Britain has OK’d but the U.S. hasn’t yet, the authorities aren’t liable to prosecute.

However, the government’s ability to search border crossers is not unchecked. Searches must not be discriminatory in nature. This means that travelers who are singled out for their race, religion, or backgrounds have a good chance of getting their seized medicine back.

That’s especially important for cannabis patients to remember. Because despite all the drugs confiscated at the American border, prosecutors are more zealous in going after “trafficking” charges against cannabis consumers than opioid addicts. 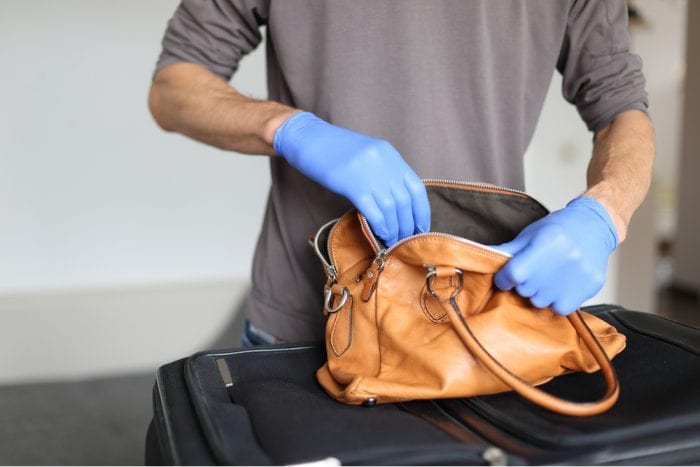 Detained cannabis patients should hire a lawyer experienced in the field. Many attorneys are making money by suing the government for illegal searches and seizures at the border.

And it’s increasingly likely that the courts will take up this question soon. The U.S. Customs and Border Protection Agency legally allows travelers to bring 50 doses of medication into the United States. That’s over-the-counter medication, which cannabis is in many countries.

Cannabis Crossing the Border — Is It Fair?

So maybe it’s illegal to bring cannabis to the U.S. for medical consumption. But should it be?

In Britain, legislators have taken up the extraordinary step of trying to change their medical cannabis policy as it concerns border crossings. As it stands today, the U.K. has laws that are similar to those in the U.S., where travelers coming into the country face great punitive measures for packing their medication.

If such a measure moves forward, travelers still couldn’t take recreational cannabis into Great Britain. But doctor-prescribed medicinal cannabis would go through like all other medicine.

And that’s a big step in the right direction.