New to Dabbing: Here’s Your One Stop Primer

Dabbing can be intimidating for new consumers, but not so much after you learn how to dab.

Dabbing usually conjures images of blow torches and hippies dropping long ropes of syrupy wax onto glowing hot nails. If you’re new to it, to dab might sound daunting. But here’s how.

Dabbing has rapidly evolved from basement chemistry to advanced tech. Just a few years ago, the blow torch and the red-hot nail were fairly standard fare among dabbers. Today, dabbing can be done with electric nails with precise temperature controls, so there’s no need for the torch. Some rigs are portable and rely on batteries like common handheld vaporizers, blurring the line between vaping and dabbing.

Dabbing may be new to the cannabis scene, but it’s not a fad, and it’s certainly not going away. Ever. Market data from BDS Analytics suggests that concentrates are now the second-most bought and sold cannabis product in all legal markets. At the current rate the concentrates industry is growing, dabbing may one day overtake flower as the most in-demand form of cannabis.

Dabbing is simply a way of consuming cannabis concentrates. Technically, it’s a form of vaporization, where the concentrate (called “oil” or “wax”) is placed on some heating element (usually a “nail”) and is inhaled through a glass chamber. The chamber may or may not include water filtration or percolators, though due to the vapor’s heat, smart dabbers pull hits through water filtration of some sort to cool it off. 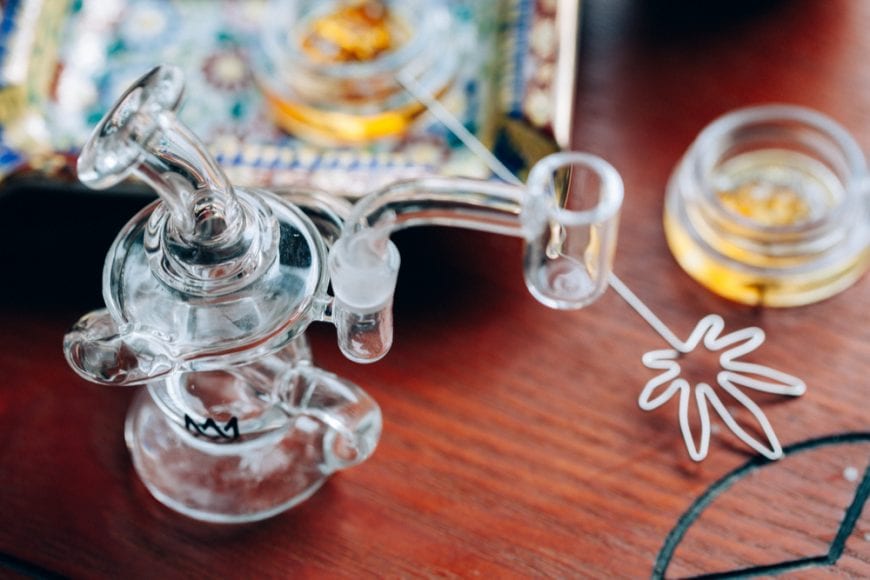 On that note, what are concentrates? Concentrates come in many forms, but they’re basically fancy forms of hash. Traditional hash is made from pressing cannabis trichomes – or kief – into a brown or black putty. Today’s concentrates, which can be shatter hash, budder waxes, or even pure THC or CBD crystals, can be significantly more potent than traditional hash. In the case of shatter or wax, THC levels can reach as high as 90 percent. In the case of pure THC crystals or distillate, we’re talking values in the 99 percent range.

Why Would Anyone Dab?

If we compare cannabis to alcohol (I know, not the best comparison, but bear with me here), flower could be thought of as beer. Dabs, on the other hand, can be thought of as taking shots of straight liquor. Or everclear, in the case of THC crystals or distillate.

For some cannabis consumers, dabs offer another method of getting elevated. Bored of smoking or eating cannabis? Try dabbing half a gram of distillate to clear that hump.

Dabs have some medicinal applications, too. Although the evidence is scant, I’ve heard from patients that dabs can be surprisingly effective at managing abdominal pain. In my experience, women suffering from cramps often find instant relief in dabs even when a fat joint or a loaded chocolate have failed.

RELATED  How Much is a Dab and More on Dosing

Some dabbers claim that dabbing is a “cleaner” form of consuming cannabis. This is because the combustion products (read: things produced by fire) are minimal at high temperatures and practically nonexistent at lower temperatures. There is also no plant matter involved. It’s pure cannabis oil – all cannabinoids, terpenes, and possibly some flavonoids – with none of the extraneous frills.

Psychoactivity and intoxication are always subjective experiences. I’ve known some people who pass out shortly after they dab anything. Most people who regularly dab, from my own experience, tend to report dabs feeling more energetic, more focused than smoking herb. These “morning dabbers,” as I like to call them, dab because they can get lifted and remain functional throughout the day, something they don’t get from hitting a bong or chugging an infused soda.

Dabbing can generate a wide array of scents, from fruit to flowery to downright dirty. Most of the time, dabs don’t smell like weed, which can be a boon if your daily routine involves face-to-face meetings with non-approving haters. 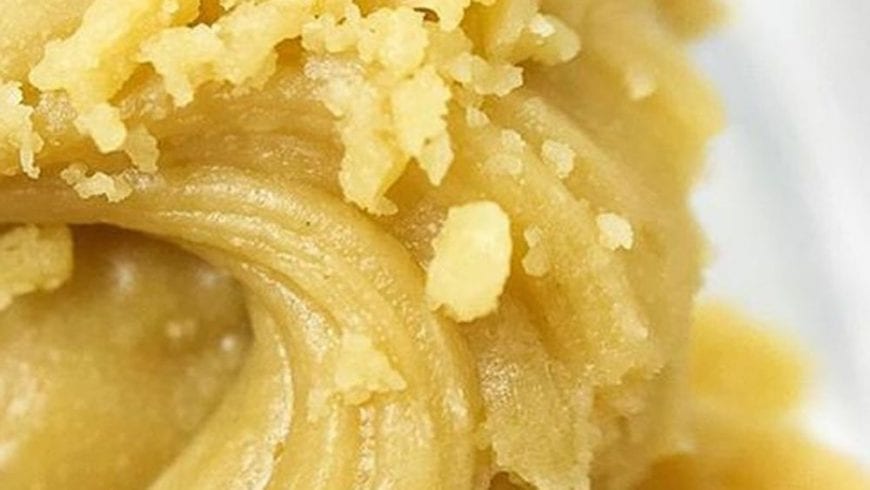 Combined with the lack of smell, many dabbers like the down-low nature of dabbing out of handheld units. Some vape pens can vaporize concentrates, and many of these pens look no different from your typical run-of-the-mill nicotine vape pen. This allows the working dabber to dab on-the-go. And in public places, too. (Not that I’d ever suggest doing such a thing. Heh.)

Too many ways to count. I’m being serious here. There are now so many ways to dab that going over each one would require its own article, but I can generalize.

Basically, dabbing requires a concentrate and a heating element. That heating element can be an electronic coil (as it is with vape pens), a nail (which can be made of crystal, ceramic, or titanium), or foil (as it is in some older vape pen models). Concentrates, as noted earlier, come a variety of forms as well.

You can dab out of a giant, intricate glass rig with multiple percolators and an ice chamber. Or you can dab out of a handheld vaporizer or a rechargeable vape pen. Some vape pens come pre-charged and pre-filled, so all you have to do is inhale (no power buttons or temperature controls). You can dab by heating the tip of a glass or metal tube, then dipping the hot end onto some oil or wax and sipping the vapor as if drinking through a straw. Some people would argue that hot-knifing – a way of inhaling hash that involved two butter knives left on a stove top – is a form of dabbing, too.

RELATED  Cannabis Hash is a Medicine for the Ages

If you’re new to dabbing, I would advise finding a friend or trusted peer who can show you the ropes. There are videos online that can show you how to dab as well, but having someone hold your hand through the process will ensure your safety. If cannabis social or “smoking” clubs are available in your area, a budtender can walk you through the process.

Caution: If you’re dabbing with a hot nail, never touch the nail with your bare hands. I’ve seen newbies remove the nail while dabbing as if they were removing a glass stem from a bong. The nail does not need to be removed during a dab, and doing so will erase your fingerprints – from your fingertips.

What Kind of Concentrate Should I Start With?

That really depends on you and what you’re going for. Here are some suggestions.

Go with a budder or wax. Budder and wax are the two most basic forms of extracts available today. Terpenes are lost in the various cleaning and filtration steps (winterization, etc.) that are required of purer concentrates like shatter or distillate.

If you want dabs as close to the original plant as possible, dab Phoenix Tears or “raw” cannabis oil. This is thick, black, syrupy goo usually made from ethanol extraction. It’s a messy way to dab (it leaves a charred residue on the nail or heating element), but it is, in my opinion, the most potent concentrate available since it contains the plant’s original biochemistry. 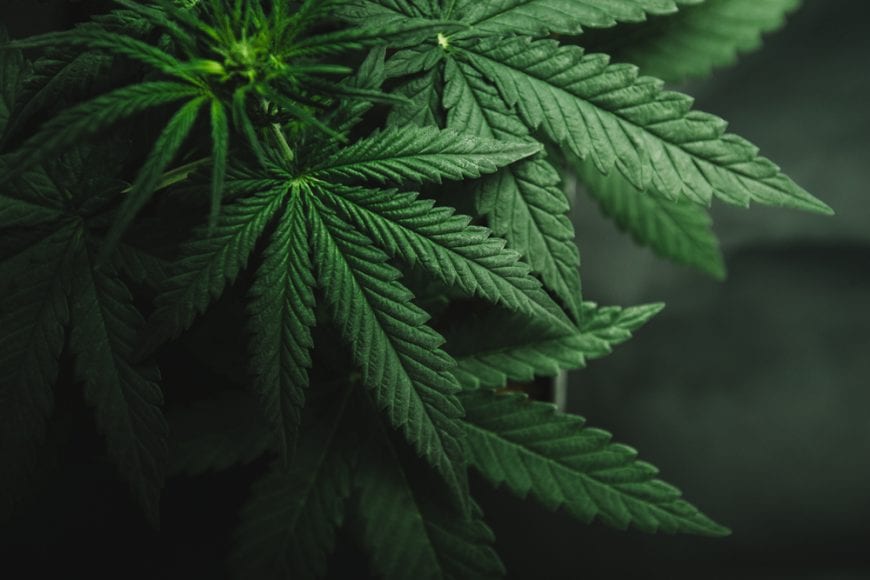 All dabs contain far greater amounts of THC than flower or traditional hashish. But if you’re really aiming for the moon, try shatter, distillate, or THC “diamonds” (crystals). These concentrates tend to be almost entirely THC with very little terpenes, although some versions of shatter and distillate can come packed with terpenes. (Check the labels or ask your budtender.)

For High Terps But Low THC

Seek out High-Terpene Extracts, or HTEs. These oily globs are primarily composed of terpenes instead of cannabinoids, which means they’re rich with flavor and aroma. They’ll still get you pretty lit, but not as much as dabbing a THC shatter or distillate. HTEs tend to attract cannabis connoisseurs who are looking for that “fine wine” kind of experience.

RELATED  Is PHO Wax the New King of Dabs? 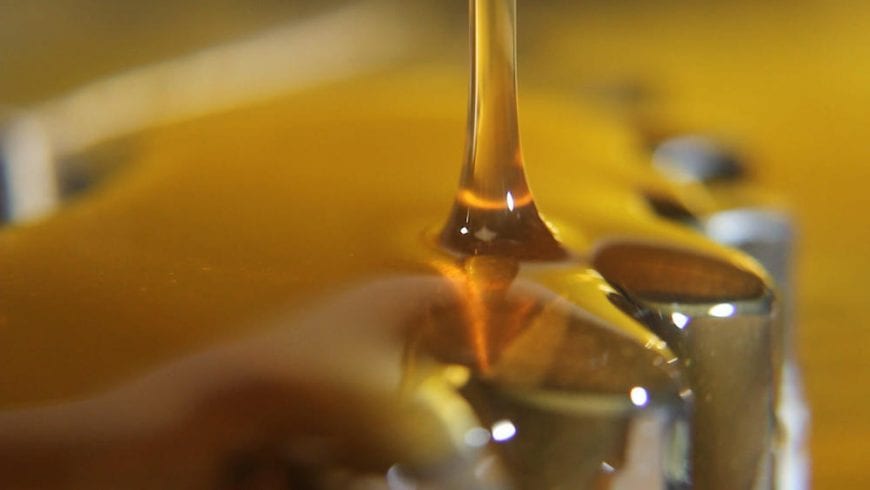 Should I Try Dabs?

Dabbing isn’t for everyone. Some consumers and patients are perfectly content with a prerolled joint. Nothing wrong with that.

However, if you’d like to try dabbing but want to avoid the high, try dabbing CBD distillate or crystals. You’ll run through the same process as dabbing a THC product, but instead of getting lifted, you’ll feel a pleasant yet mild euphoria, a feeling akin to waking up from an awesome power nap.

Ah, the million-dollar question. The short answer is: we don’t know. The long answer is… complicated.

Dabbing terpenes can produce toxic products as well. When terpenes degrade from heat, they can break apart into nasty compounds known to cause cancer and cellular damage. The best way to avoid producing toxic terpene side products is to keep the dabbing temperatures as low as possible.

For electronic vaporizers, use the lowest temperature setting. If going the ol’ blowtorch route, wait 10 to 30 seconds after heating the nail before dropping the dab on it. If you’re high-tech and you’ve got a temperature dial, try to keep the temp around 155-230°C or 315-450°F.

Remember, the goal of vaporization is to boil the concentrate, not burn it. Burning means combustion, which produces a greater amount of free radicals and other toxins.

How To Dab At First?

You can read about dabbing all day and watch every YouTube video about it. Or you can seek out someone with a rig or vaporizer to get some hands-on experience.

Basically, stay safe, and be mindful of your tolerance. Even hardcore weed smokers can be caught off-guard by concentrates for a variety of reasons, increased potency being just one.

Know your limits. Start low and take it slow, especially  when dabbing for the first time.

In other words, do not do what this guy did.

How Much is a Dab and More on Dosing