Dad Of 4 Left In Mexico For Being Legal Cannabis Consumer

Since the Trump administration came to power in 2016, the US has become an increasingly hostile environment for immigrants. Border security has tightened immensely. It’s hard to miss stories of conflict at the southern border. Immigrants across the country must commonly jump through hoops to prove their status. A small misstep can mean trouble for legal immigrants in the US, and for one father that misstep legal cannabis.

Jose Palomar planned only a short trip to Mexico from California, where he lives with his American wife and kids. He went to Juarez, Mexico to fulfill requirements to get his green card for permanent residency in the U.S. Unfortunately, a recent turn of events has Palomar  banned from his childhood home, the United States of America.

Part of Palomar’s green card application in Juarez was a medical physical. During it, officials asked if he is a drug user. He answered truthfully that he used to smoke weed, which is legal for medical and recreational use in California. That is where Palomar’s problems started. 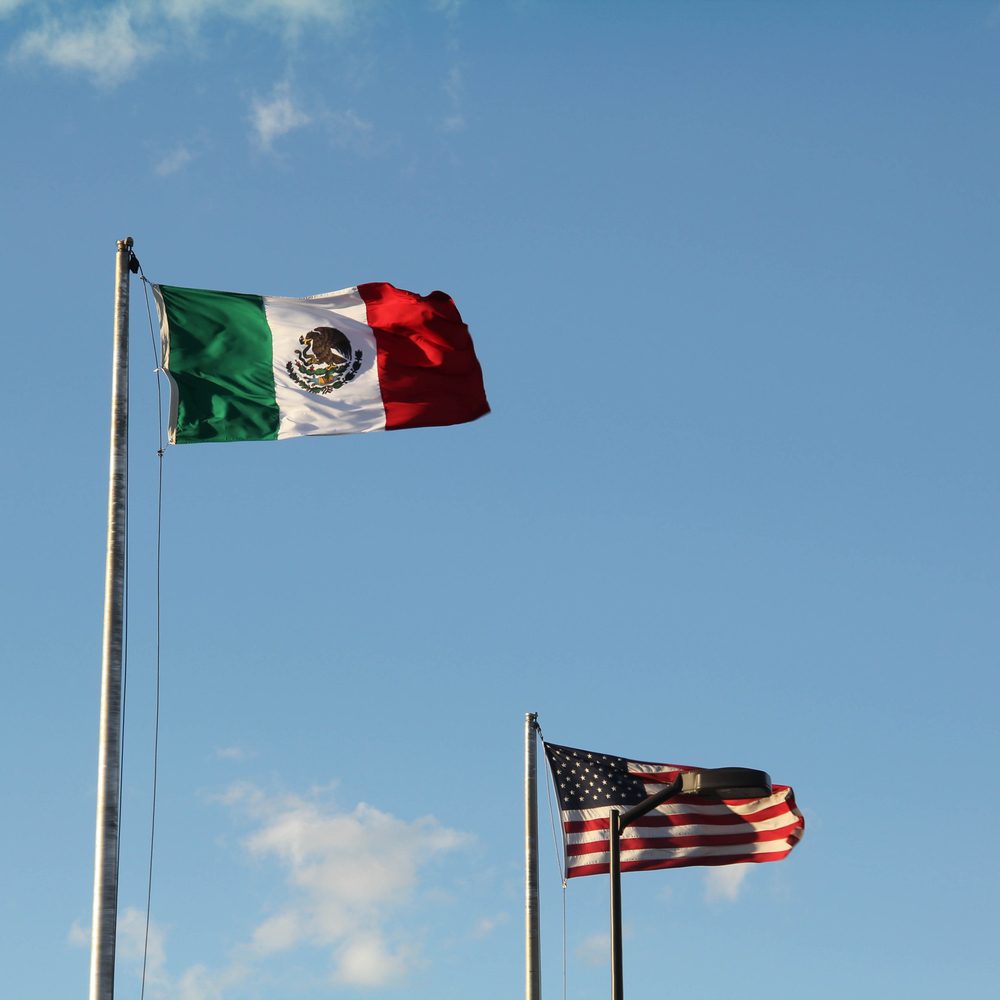 Border security denied Palomar’s application for a green card and barred him from re-entering the U.S. Palomar was stuck in Mexico, with his family waiting for him across the border in their southern California home.

According to Los Angeles immigration attorney Ally Bolour, Palomar’s isn’t the only story like this. “It happens all the time,” he says.

yet Another Life Turned Upside Down by Border Security

Palomar grew up in Anaheim, CA from the age of six. His entire education has been in American schools. He earned straight As in school and made the junior varsity soccer team.

The government gave Palomar Deferred Action for Childhood Arrivals (DACA), as a way to stay in the U.S. legally after arriving illegally as a child. He met the requirements and qualified for DACA status renewal 3 times, allowing him to legally live and work in the U.S.

When Palomar met his American wife, Christine, she had two kids already. They married and had two more children of their own. Palomar worked in construction until his wife’s promotion, when he switched to work as a night warehouse manager so he could take care of their kids during the day.

Five years of marriage to his wife qualify Palomar for a green card. However, he has every intention of making his settlement in the U.S. permanent. Indeed, he already lives there permanently, contributing to the economy, the tax base, and to the welfare of his community.

Aware of his upcoming physical, Palomar quit cannabis three months before his trip to Mexico. He was concerned about testing positive so, he tested himself four times. “Every test came out negative,” his wife says.

However, Palomar’s lawyer told him to be completely honest when answering questions. The result is that Palomar lost his I- 601 waiver, effectively barring him from re-entering the country.

“I admitted to have used (marijuana) in the past,” Palomar said. “I was told by my lawyer that during the process in Juarez to speak about nothing but the truth as it would hurt me to lie. So I was honest, but apparently it still affected my case.” Palomar got upset when describing his new life in Guadalajara. “I miss my family. And I can tell they’re struggling without me. I have never been unemployed. I (pay) my taxes.”

Palomar says he did everything in his life like every other American does them. “And when this happened, it crushed me,” he continues. “Because of this one thing, I’ve basically lost my family.”

His wife and children have been just as affected by the unfair ruling. “I cry myself to sleep every night,” says Palomar’s wife.

Cannabis Can Mean Trouble for Immigrants

Although more than half of U.S. states now have some form of legal cannabis on the books, it is still federally illegal. Immigration follows federal regulations, making cannabis a deal breaker for those seeking to stay in the U.S..

Ally Bolour, who is also a board member of the American Immigration Lawyers Association, says that cannabis is not worth it for immigrants.

“You can’t use it. You can’t work in a dispensary. And even if you’re a U.S. citizen working in the cannabis industry and your income is cannabis related, that income is not eligible to satisfy the affidavit of support to become a sponsor,” he says. “You won’t get a visa.”

The congressional representative from Palomar’s district, Ken Calvert, is looking into Palomar’s case at his wife’s request. As they did not present medical evidence, there may be grounds to appeal the ruling.

“I think this situation only further underscores the inherent problems with the contradictory legalization of marijuana. Until something is passed to change the federal classification of marijuana, individuals, businesses and even state/local governments should be mindful that the use, distribution and sale of marijuana continues to be crime in the eyes of all federal agencies,” Calvert said.

Until the federal government wakes up to the changing tide of cannabis and legalizes on a federal level, lives will continue to be unfairly destroyed over a plant. Federal legalization guarantees safety and border security, not only for yourself but for your friends and neighbors. It’s time.