What is PGR weed? It’s cannabis grown with the help of chemicals called ‘plant growth regulators.’ While these help plant growth, it may also be a hazard to your health.

Unscrupulous growers use PGRs to increase the bottom line. This is because adding plant growth regulators (PGR) to cannabis is one easy way to create the tight, dense weed nugs that most appeal to customers. These can also help cannabis growers perfectly time flowering and increase root formation. Unfortunately, this chemical treatment for plant growth can have some unwanted side effects, not the least of which is the loss of medicinal value. In the end, PGR weed may look beautiful, but it is a medicinally inferior product and may even be toxic.

The most common plant growth regulators and the consequences to the plant are listed below:

Paclobutrazol – stops plant from growing so it focuses on buds. The chemical lowers terpenes and THC.
Daminozide – to increase bud yield. Lowers terpenes and many cannabinoids. It’s a known carcinogen.
Chlormequat Chloride – creates bushier plants with more flower, but is very toxic in large doses.

Using PGRs — or plant growth regulators — helps to control the growth of plants. In cannabis, these are a cheap additive used to fatten up buds and to increase both weight and density. This brings top dollar in the market place.

PGRs greatly benefit unscrupulous growers, but much more worrying is the effect they can have on the health of consumers. There are confirmed links between adverse health effects and PGR use. 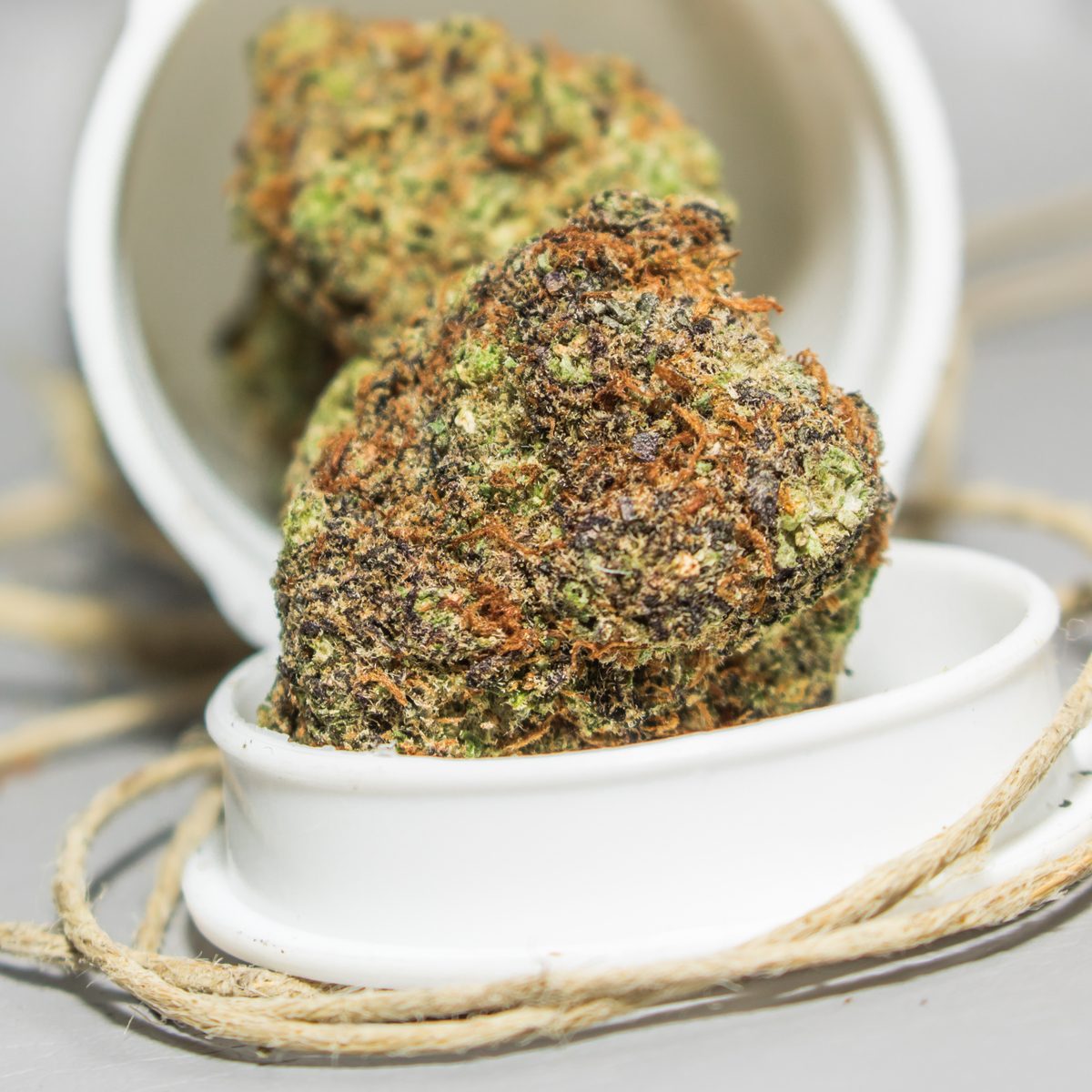 What Are the Most Common PGRs for Plant Growth?

Many types of PGRs aid in the control of plant growth across many species. However, when it comes to cannabis cultivation, the three main types typically in use are paclobutrazol, daminozide, and chlormequat chloride.

Fewer terpenes and lower quantities of THC only serve to diminish the many medicinal properties of the cannabis plant. As a result of this the entourage effect — the synergies that play out between plant compounds — can’t take place as nature intended since all the compounds aren’t present.

RELATED  Things To Do With Your 'Already Vaped Bud'

But what’s of most interest to the immoral growers who use it is that paclobutrazol hinders the ability of cells to elongate. This results in cells that pack tightly for increased density and weight in the buds.

Smoking buds containing paclobutrazol can be very bad for human health. This PGR breaks down into nitrosamines — the most carcinogenic compound found in cigarettes. Studies say paclobutrazol can negatively impact fertility in males as well as cause liver damage.

Back in 1999, the U.S. banned daminozide — or alar — in consumable plants. The ban came about when researchers showed that the product is a human carcinogen. The cultivators who use it do so for its ability to inhibit the gibberellin pathway in ornamental plants. When use on cannabis, the result is a reduction in terpene production along with a reduction in the production of major cannabinoids like THC, CBN, and CBD. In effect, there’s lower quality when it comes to the all-important resin production. So the quality of any resulting medicinal benefits becomes greatly diminished.

The chemical acts to maximize bud yield by slowing the growth of leaves and stems. It basically forces the plant out of vegetative phase.

Researchers will not approve daminozide (alar) for food products, therefore, consumers should NOT smoke or ingest it. Daminozide is listed as a probable human carcinogen by the EPA. In fact, it’s been banned in products consumed by humans since 1989.

Chlormequat chloride helps plant growth by producing thicker stems and shorter plants. The end effect is to slow down vegetative plant growth in order to encourage flowering. The resulting shorter bushier plants are much more adept for indoor growing. Although there is no evidence of carcinogenicity from chlormequat chloride, there are strong suspicions that it is harmful in large doses. Several documented cases of organ damage, along with skin and eye irritation, exist among people who were unlucky enough to ingest large amounts. 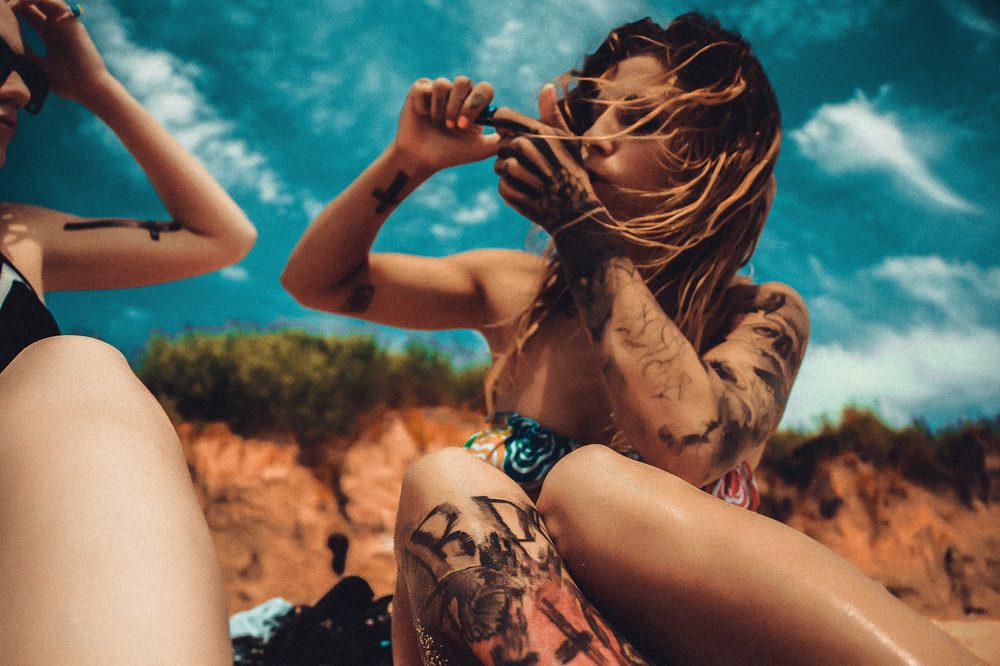 How to Tell if it’s PGR Weed

Thankfully it’s quite easy to spot PGR weed. One giveaway is rock-hard buds. If unattractive brown hairs cover the bud surface and said buds emit little to no scent, this isn’t good. Odds on you’ve got your hands on some PGR weed.

One notable characteristic of PGR weed is the reduced presence of trichomes — the microscopic crystals that coat the leaves and buds. They act as the all-important resin glands where much of the medicinal benefits of the plant exist. Without them, those medicinal effects simply won’t manifest as strongly.

One final feature of cannabis associated with PGRs are buds that feel spongey. The increased density of PGR weed means that the curing process doesn’t complete as it should. The result is a spongey brown bud with little to no scent that provides a poor smoke.

In places where cannabis remains illegal, or where testing is not yet up to speed, many patients can find themselves exposed to PGRs. As a result, many have lost the connection to what makes the quintessential cannabis experience.

It’s in everyone’s interest to ensure that cannabis companies don’t expose consumers to these compounds. Alongside the decreased medicinal benefits of PGR weed, this report from the National Resources Defense Council show many PGRs to be cancerous, toxic, and clearly not fit for human consumption. The only reason these exist is due to prohibition, a thriving black market, or the lack of enforced regulation in legal jurisdictions.

Am I Buying PGR Weed?

If someone attempts to sell you cannabis that a grower has clearly treated with PGRs, then it’s better to go without. The smoke will be harsh and the taste bitter. If you’re not sure if this is PGR weed, simply break open a bud. Cannabis grown with plant growth regulators, due to reduced trichomes, will have every little scent.

Aside from dramatically reduced medicinal benefits and the above dangers there are other side effects. Many people report paranoia, scattered thoughts, and headaches after consuming PGR weed. It gives a fast-acting high that leaves you lethargic.

In the end, there is no reason to tolerate PGR weed. We have access to master growers and craft cannabis operations all around the globe. Buy the real thing instead.