Innocent U.S. citizens die because of police brutality in the name of cannabis crime that really shouldn’t need to be enforced.

There are two trends in U.S. news these days. The first is the wave of cannabis legalization spreading across the country. The second? A wave of people dying from violent police altercations over cannabis.

In many cases, these victims were active participants in cannabis crime, but did the force used by the police reflect the crime? In this day and age, should cannabis still be considered a crime at all? Does a handful of illicit plant justify the use of deadly force?

A Recent Spike in Deaths by Police Over Cannabis-Related Crime

In July 2018, the discovery of a cannabis grow-op on public lands led to the untimely death of a Pennsylvania man. His crime? Growing a total of ten plants illegally, and running from police when caught. Although the police responding to the incident knew his identify, his address, and his place of work, they pursued him into the thick bush in an attempt to arrest him.

In what has been called a reckless decision, police officers commandeered a nearby bulldozer to push through the brush. The situation unraveled when the suspect became caught under the machine, leading to his death. The details about how Greg Longenecker came to be underneath the bulldozer are unclear. Longenecker’s family is suing the State Police Department over his premature and tragic death.

Experts agree the decision to pursue a suspect (whose identity was known) over ten cannabis plants was absurd. As one lawyer declared, “It seems like they were more concerned with the chase than the danger to themselves and the public and the guy they’re chasing.”

In a more recent death, police in California shot and killed a suspect in the Los Angeles area on July 3, 2019. Initially, the police arrived on the scene to serve a warrant after receiving a tip about drug activity at the property. After arresting a woman, they proceeded to search the home, leading to the discovery of one thousand five hundred cannabis plants and thousands of dollars in cash.

During the search, they also found Li Xi Wong of Fontana, hiding behind a door. At some point after Wong’s discovery, the police opened fire. Police did not find any weapons on the property, and they have not explained the details leading up to the shooting. Wong died of his injuries. 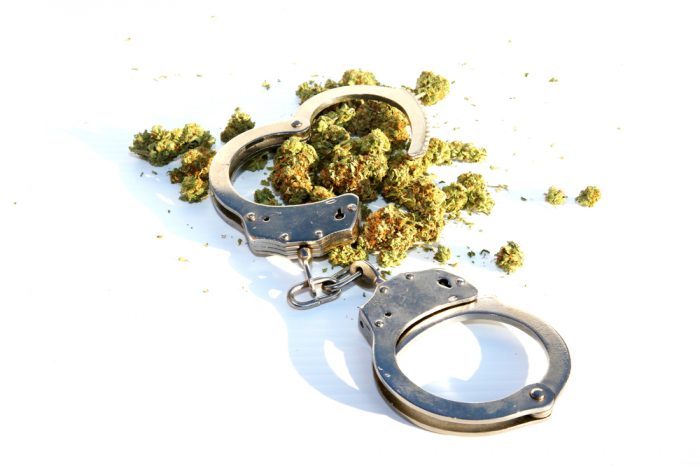 Most recently, St. Louis police officers shot Cortez Shepherd. According to the police report, Shepard would not leave his vehicle as asked, and officers forcibly removed him, leading to an altercation. During the struggle, officers suspected he was reaching for a gun in his pocket. They subsequently opened fired in response to the threat posed by Shepherd’s firearm.

In St. Louis, possession of thirty five grams of cannabis or under is a small fine of $25. Does the punishment in this instance fit the minor cannabis crime? This was the second fatal police shooting in less than a week and has drawn significant criticism. In the words of a Twitter user, Alderman Megan Green, “This is a waste of Police resources. This interaction never should have happened.” 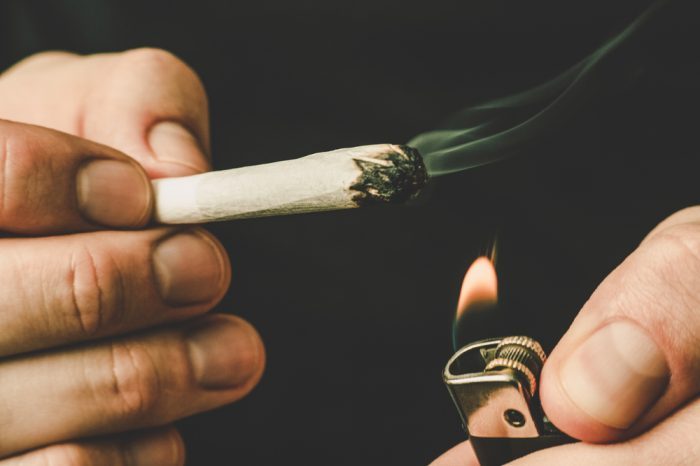 Is Cannabis a Crime? Statistics on Cannabis Crime

Do the above examples of cannabis crime cases warrant the violent police response? The legal landscape in the U.S. is quite convoluted. On the one hand, there are a growing number of recreational and medicinal markets opening up, on a state by state basis. The majority of states now legally support some level of medicinal cannabis, and many now support recreational ones as well.

With parts of the country legalized and other parts illegal, there is now a superhighway of black market cannabis traveling between regions. There is no overarching regulatory framework, just a patchwork of legislation.

RELATED  These are the Three Best Medicinal Mushrooms for Healing

According to the American Civil liberties Union (ACLU), as of 2010, half of all drug convictions were for cannabis crimes. Between the years 2001 and 2010, there were over eight million arrests for cannabis crimes, with eighty-eight percent for small possession. The ACLU also reports a consistent trend of racial bias in these arrests. 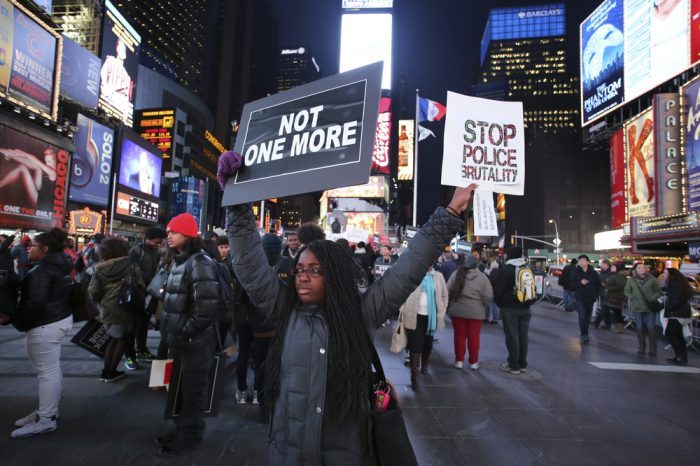 Has Legalization Changed the Number of Cannabis Conviction in the U.S.?

A lot has changed, at least at the state level, since 2010. There are thirty-three states with medical access and eleven with adult-use laws, many of which have just come on board within the last few years. Another twenty-six states have pushed to decriminalized small amounts of cannabis. How has the wave of legislative change affected cannabis crime convictions?

Unfortunately (and very confusingly), cannabis crime arrests have been relatively stable since 2010. In 2017, there were close to six hundred thousand cannabis possession arrests. This number was an increase over the previous year. In some states, like New York, the numbers of cannabis crime convictions have fallen substantially. Police in New York have shifted their attention to real drugs, hard deadly drugs, but this isn’t the case elsewhere.

Since many of the legalized markets have only opened up in the last few years, it may be that these new statistics don’t capture the effects of legal markets in 2019. Still, why are so many cannabis crimes leading to violent police alterations? Many of these cannabis crimes were in states with legal access, and the suspects had no weapons on the property. How can it be that minor cannabis crimes are ending up with police shootouts?

RELATED  Is 2020 The Year For Major Cannabis Law Reform In America?

There is no doubt that cannabis in the U.S. is complicated. In America, sometimes the plant is legal and sometimes extremely illegal. The patchwork of legislation, the failed war on drugs, and continued arrests for simple possession paint a very bleak picture. Let’s hope the future is brighter, brings more clarity and results in less police brutality when it comes to cannabis-related crime.