Decriminalize Definition Leaves Too Many Vulnerable

There is great debate amongst cannabis advocates over which is better for the people: to legalize or decriminalize.

Which is better by definition – to legalize or decriminalize?

On paper, the terms may sound synonymous, and both lead to greater access to legal cannabis. But these two terms represent very different pathways. The decriminalize definition amounts to removing penalties. Meanwhile, the definition of legalization is far broader.

Under decriminalization, people who consume cannabis no longer face criminal charges for possessing or consuming their substance of choice. As long as an individual isn’t carrying more than allowed under the legislation, the worst that can happen is a civil fine and perhaps confiscation. The perpetrator’s criminal record remains spotless in much the same way that a speeding ticket doesn’t mark you as a criminal.

Legalization, on the other hand, is closer to a full-throated endorsement. It permits the government to regulate the cannabis market. Under this scenario, getting caught with an ounce of kush would be the same as getting caught with a pound of apples. There’s nothing wrong with it (for adults of legal age, anyway).

So which is better?

In places that have decriminalized cannabis, the substance is still illegal. But it’s only a low-level kind of illegality that brings with it a lot of perks.

For instance, instead of rounding up pot dealers, police officers can concentrate their efforts elsewhere. They’ll no longer have the cover of “I was looking for weed” to back up their borderline illegal searches. And wherever else they spend their time, it’s bound to be of better service to society. 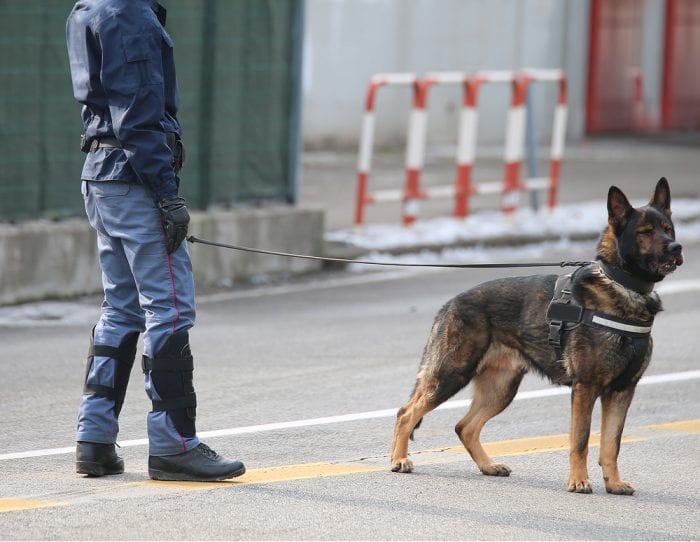 Decriminalization is also politically much easier than legalization because the government has to implement fewer rules governing cannabis — not more. Lawmakers don’t have to come up with a system to tax and regulate pot. They simply have to agree on a few fines. That saves months in the slow-moving bureaucracy that dominates U.S. legislatures. So, it’s quick and easy to decriminalize, which may be why 26 states have already taken this path.

Decriminalization also lets the state do away with the waste of imprisoning cannabis consumers while giving lawmakers some room to claim they’re still “tough on drugs.” Anti-pot politicians can still crow about locking up drug dealers because decriminalization laws only ban selling cannabis. So while your everyday pot smoker would be fined, drug dealers may still face some prison time. Some people fear that full legalization would simply hand over cannabis to big corporations, who would irresponsibly sell and market it. This is a big anti-legalization argument that lends further support for decriminalization.

It also lets the population adjust slowly to the concept of cannabis. Or so its advocates say. Some groups, such as Smart Approaches to Marijuana seem to argue for decriminalization as a way of lessening the evils of the War on Drugs without really changing policies.

The Benefits of Legalization

Compared to the relatively short definition of decriminalization, the definition of legalization is War and Peace. Legalization means that cannabis is not a civil or criminal offense (when sold and consumed correctly), but it also means that legislators are required to institute the rules under which cannabis sales, consumption, and taxation can occur.

Legalizing cannabis brings in money — and lots of it. Colorado recently passed $1 billion in cannabis tax revenue, and it’s not the biggest money maker (that would be California). Legalization has many of the same perks as decriminalization, but goes further. While neighborhood drug dealers may still face prison time, licensed shops can sell cannabis products, making the goods easier to get, with better quality and consistency.

And, before the anti-pot zealots say it, let’s be clear: Legalizing cannabis does not lead to increased cannabis consumption among teens.

Legalization would not only give local governments more money for other public policy goals, like better schools and infrastructure, it would also free up the funds that law enforcements agencies are using to arrest cannabis consumers.

Legalization also offers potential solace for currently incarcerated cannabis patients. Many non-violent offenders move off the government dole and back to their families when legalization happens. Legalization revitalizes communities. It reunites loved ones and it gives hope. 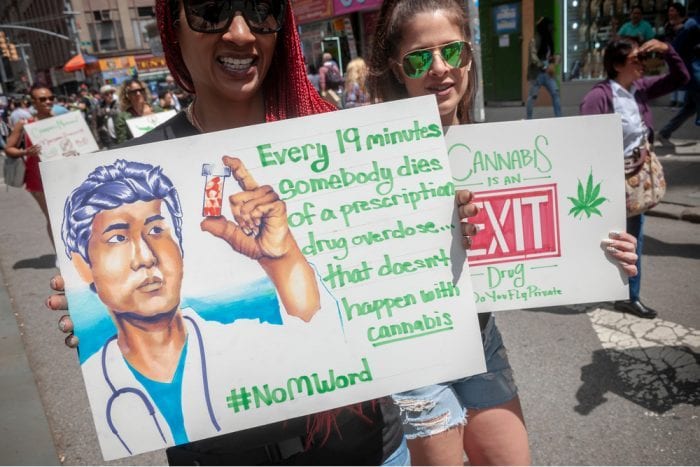 The Drawbacks of Both

Decriminalization is the cheaper, faster version. It has more across-the-aisle political support, requires less of lawmakers, and could keep Big Tobacco out of cannabis by leaving the black market intact. However, decriminalization also keeps medical cannabis patients in fear of fines. Moreover, it does little to promote community or provide doctors with incentives to prescribe cannabis.

It’s an incremental approach to good pot policy. The most basic decriminalize definition is “to make something not illegal” which is just one baby step forward. Like so many public policy decisions, it’s the kind of compromise that leaves everyone unhappy. But politically, it’s doable.

Another concern with decriminalization is that it can create a status quo that is difficult to escape. Because it’s the “compromise”, anti-cannabis groups can argue that they’ve already given cannabis advocates enough.

Legalization, on the other hand, is a win for cannabis patients, cannabis consumers, and government tax coffers. Not only does it make obtaining and consuming cannabis safer and more effective, it provides a clear-cut path toward undoing the wrongs of the War on Drugs. The only drawback is that it’s more difficult to do. But everything worth doing is hard, and cannabis consumers aren’t ones to back down from doing the right thing when the going gets tough. It may just take some patience as legislators battle over the ins and outs of federal cannabis legislation.