Danger depends on how we define “volatile” and how that applies to terpenes during vaping or dabbing.

Terpenes are responsible for the refreshing flavor in a dab. But, new research suggests that dabbing potentially volatile compounds, like terpenes, could put consumers at higher risk of cancer.  So, how do you define volatile in terms of vaping? It can be tricky. If you search it, google will define volatile as two things. The first is a substance, “easily evaporated at normal temperatures”, the second, alternatively, is something, “liable to change rapidly and unpredictably, especially for the worse.” We generally see terpenes as the first, but now, researchers claim these may potentially fit into the second definition better.

According to the researchers, the risk may come if the consumer chooses to dab or vape cannabis concentrates rich in terpenes. In the study [1]Meehan-Atrash, J., Luo, W., McWhirter, K. J., & Strongin, R. M. (2019). Aerosol Gas-Phase Components from Cannabis E-Cigarettes and Dabbing: Mechanistic Insight and Quantitative Risk Analysis. … Continue reading published in ACS Omega (2019), researchers at Portland State University analyzed the toxins produced by vaping and dabbing distillates rich in both THC and terpenes. The researchers formulated their own cannabis distillate from analytical-grade THC and a terpene blend purchased in California. They then used both vape pens and dabbing rigs to administer it.

After analyzing the vapor’s chemical composition, they noted an increased presence of potentially volatile toxins that include: isoprene, methacrolein, benzene, and methyl vinyl ketone. Researchers found that THC alone produced degredation products. However, the levels of gas-phase products were much higher with infused terpenes. Essentially, no matter how you define it, the chemicals that the terpenes produce are volatile – we don’t know how they’ll react in people over the long-term. 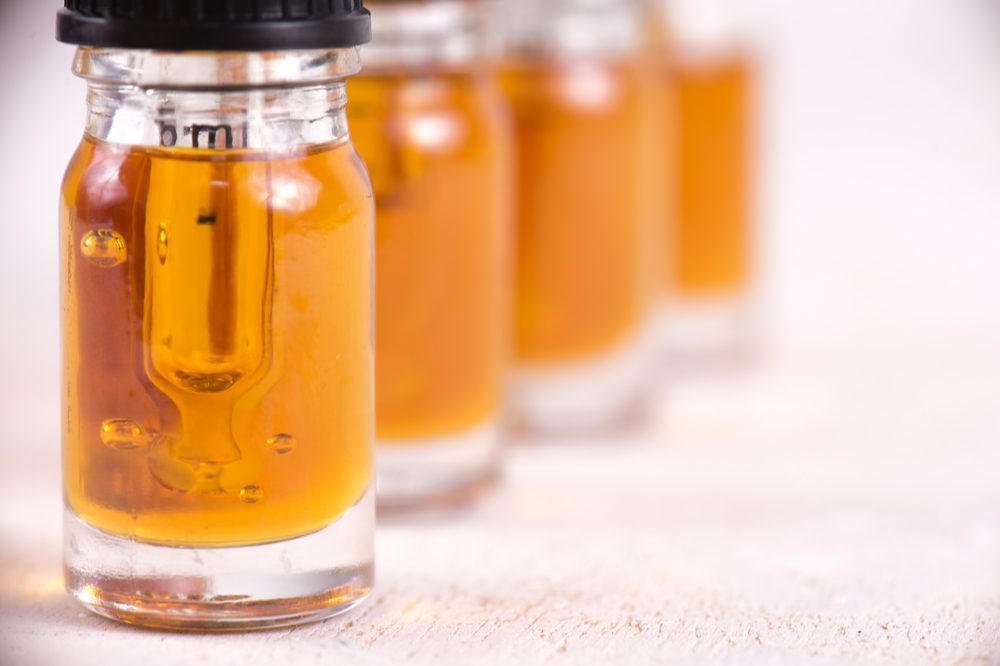 Unnnatural Additives in Concentrates Cause for Concern

According to researchers, the findings correlate with conclusions from the vape related illness that came to the fore in late 2019. Rather than THC or nicotine, the additives caused significant lung damage. In the case of the vaping related injuries, the CDC claimed that the vitamin E acetate, used as a thickening agent, was likely responsible for many of the lung damage reports.

The concern over product safety hasn’t hindered the proliferation of products with high amounts of potentially dangerous additives. Many concentrate producers add up to thirty percent more terpenes to their formulations, a concentration that’s often far above the amount found naturally in the herb. In plain bud, levels are roughly one to five percent of the total plant weight.

Higher levels of terpenes are flavorful. But, these may place consumers at higher long-term risk, without a full understanding of the implications associated with terpene combustion.

The researchers in the study call for further investigations into the topic. Essentially, we need to better understand the toxicology and the preferred methods of administration of these still emerging products. One particular issue is the absence of research. We don’t know enough about the aerosol doses of cannabinoids, terpenes, and the potential for toxic degradation. Just how these may affect vulnerable cohorts such as teens and pre-teens, or medical cannabis patients with compromised immune systems, remains unknown. 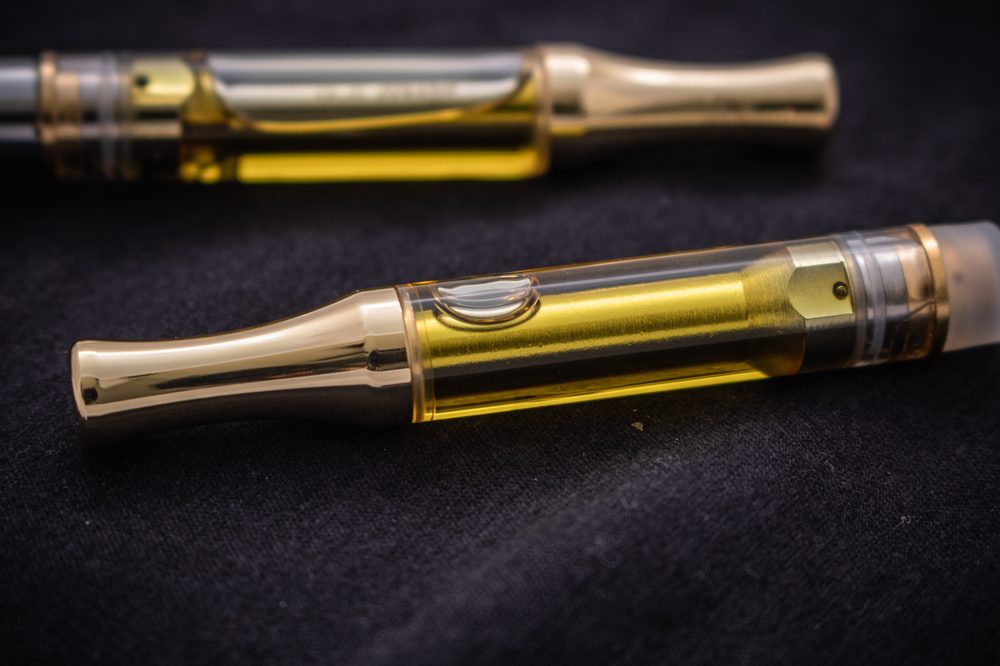 Vaping and Dabbing Still a Safer Alternative to Smoking

According to researchers, the potential dangers they found with vaping and dabbing terpenes are still lower than those of smoking. They claim that vaping or dabbing distillates has a lower HI (Hazard Index) and ELCR (Elevated Lifetime Cancer Risk) when compared to smoked cannabis “by several orders of magnitude.”

The infusion of terpenes is common practice in the cannabis industry. In the production of cannabis concentrates, inefficient extraction techniques destroy or fail to extract many plant compounds, other than THC & CBD.

Adding terpenes back in after the fact serves two main purposes. Firstly, terpenes serve to enhance the flavor of the extract, something that’s particularly common in recreational markets. From a medicinal standpoint, terpenes also serve to help modulate the medicinal properties of the plant to much greater effect.

In a study [2]Russo E. B. (2011). Taming THC: potential cannabis synergy and phytocannabinoid-terpenoid entourage effects. British journal of pharmacology, 163(7), 1344–1364. … Continue readingpublished in the British Journal of Pharmacology (2011), researchers described the underlying synergies that play out between plant compounds within the cannabis plant. Essentially, when combined with the major cannabinoids, like THC or CBD, terpenes serve to enhance their effects and even ward off some of the adverse side effects associated with them.

In addition to flavor and medicinal benefits, terpenes reduce the viscosity of cannabis concentrates. THC and CBD are extremely viscous by nature, meaning that it can be difficult to get them to function in vape devices. basically, they’re too sticky. The addition of terpenes helps ensure the cannabinoids become more tractable and easier to manage in vaping devices.

Terpenes are light and volatile compounds that are easily destroyed by heat. Patients consuming their cannabis via any heating method should always ensure these use the lowest temperature possible. This serves to preserve the chemical structure of the compounds and provide maximum medicinal benefit.

The most common administration methods of cannabis all involve heating to some degree, whether that be smoking, vaping, or dabbing. For those concerned about any potential side effects, then two common alternative methods of administration include edible consumption and the use of tinctures.

Neither edibles nor tinctures involves the direct heating of plant compounds. Provided that they are obtained from a reliable source, they can often pack potent medicinal benefits. These come without the associating dangers highlighted by the researchers of the Portland State University study.