The Bubonic Plague In Cannabis History

How was cannabis used in the time of the Bubonic Plague?

Before prohibition spread across America in the early 20th century, cannabis was a widely used medicine. Around the globe, as an integral part of religious ceremonies and spiritual connections, cannabis has a very long history of use. Archeological evidence, thus far, comes primarily from India and China, with more recent discoveries in Europe. In some areas, cannabis was once widely used by traditional healers and likely a common medicinal herb found on apothecary shelves across the continent. 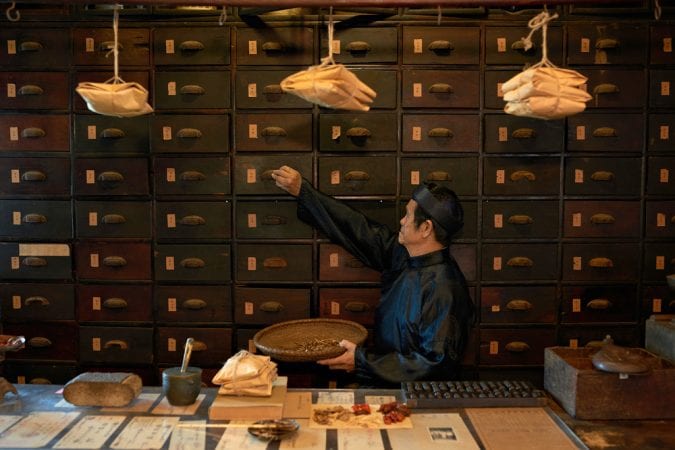 Although widely cultivated for manufacturing purposes in Europe, cannabis didn’t make its way into Western medicine until the 19th century.  Some cultures may have found it medicinally useful, but there is limited evidence in Europe that it was a known medicinal herb.

This all changed when a few adventurous men made the arduous journey to places like India, Syria, and Egypt, bringing back the first reports of a mysterious healing plant. Men like Dr. Jacques-Joseph Moreau (1804- 1884) and William Brooke O’Shaughnessy (1809-1889).

The Godfathers of Cannabis And Experimentation

Moreau was so convinced about the power of the plant, he once wrote, “I was convinced that it could solve the enigma of mental illness.” For is part O’Shaughnessy studied cannabis for its usefulness treating tetanus (among other things), and he found “. .the awful malady (disease) was stripped of its horrors; if not less fatal than before, it was reduced to less than the scale of suffering which precedes death from most ordinary diseases.” Both men were enamored with the healing powers of this plant. 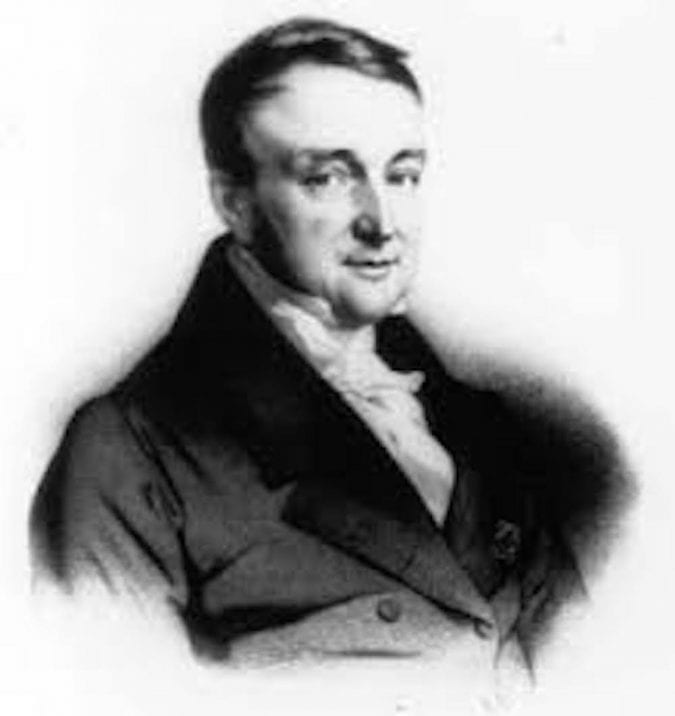 Dr. Jacques-Joseph Moreau was a French psychiatrist. His life’s work, following a trip to Asia from 1835 to 1840, was focused on how drugs affected the central nervous system. Of particular interest was hashish, a drug he had tried for the first time in Syria. According to his own reports, his experience was more than favorable, “I cannot describe the thousand fantastic ideas that passed through my brain during the three hours that I was under the influence of the hashish.”

He spent the later part of his career focused exclusively on the powers of drugs, specifically hash, and the effects and relationship to ‘madness’. His obsession with the plant went so far as to become one of the founding members of “Club des Hashischins,” a prestigious club of intellectuals who spent their time experimenting with drug-induced experiences. Moreau introduced cannabis to Western medicine, publishing “Hashish and Mental Illness” in 1845. 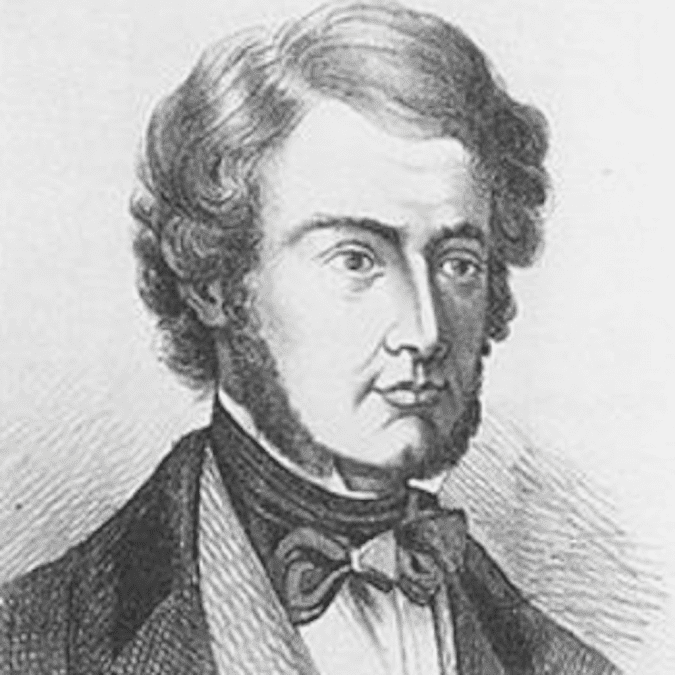 But Moreau was not the only Western physician exploring the therapeutic potential of cannabis in the mid 19th century. William Brooke O’Shaughnessy was an Irish physician, whose career spanned two continents, both in Europe and in India. He was responsible for many pharmaceutical inventions, including intravenous therapy, but is perhaps most well known for bringing cannabis as medicine from India and into Western practice.

O’Shaughnessy studied and traveled extensively in India, working through a number of governmental positions, starting in 1833. Through his study in colonial India, he published his first paper on cannabis entitled “Case of Tetanus, Cured by a Preparation of Hemp (the Cannabis indica.)” The title suggests he cured tetanus, which is a bit misleading, but he did note cannabis improved quality of life and reduced stability. O’Shaughnessy continued to explore the potential applications of the plant, even after his return to Europe. He investigated the traditional uses and researched new ones. We can thank O’Shaughnessy for bringing the subgenus indica back to Europe in 1841. 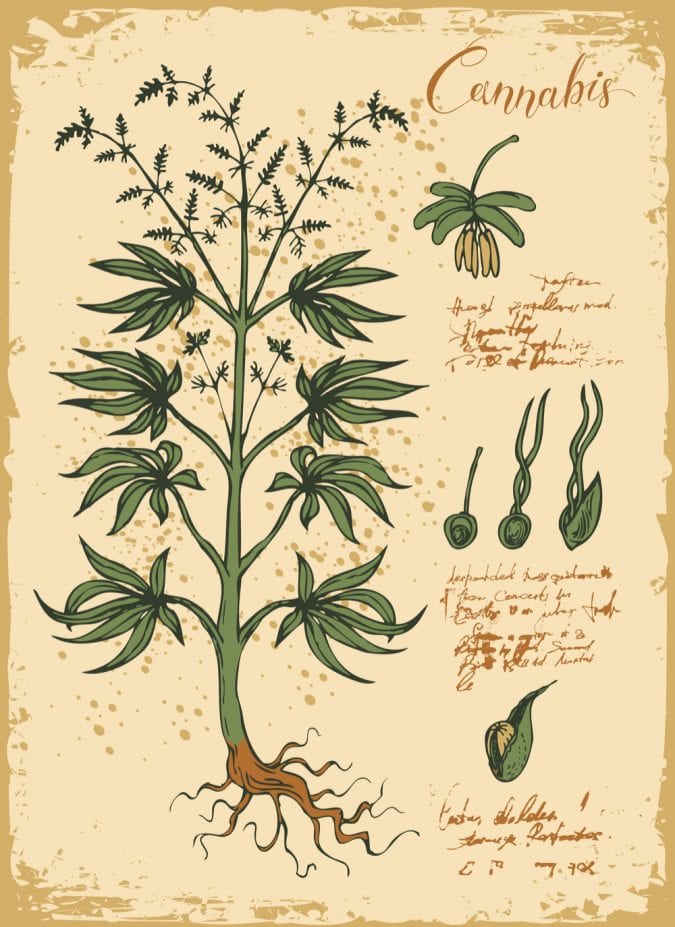 Cannabis for the Bubonic Plague?

It was around this time, the mid 19th century, that Europe was fighting off the Bubonic Plague. The Black Death spreads through infection by bacteria that live on fleas. It still infects people to this day, but not in nearly the numbers from centuries ago. In the 14th century, in Europe, The Plague is believed to be responsible for almost 50 million deaths. By comparison, there are less than 120 deaths globally from the Bubonic Plague today.

According to some reports out of Egypt in the mid 19th century, when the third and final outbreak of the plague was making its way through Europe, cannabis was a viable therapy. These reports, originally made by another French physician named Louis Aubert-Roche in the latter half of the 1800s, were supported by Moreau in his research and later by O’Shaughnessy. 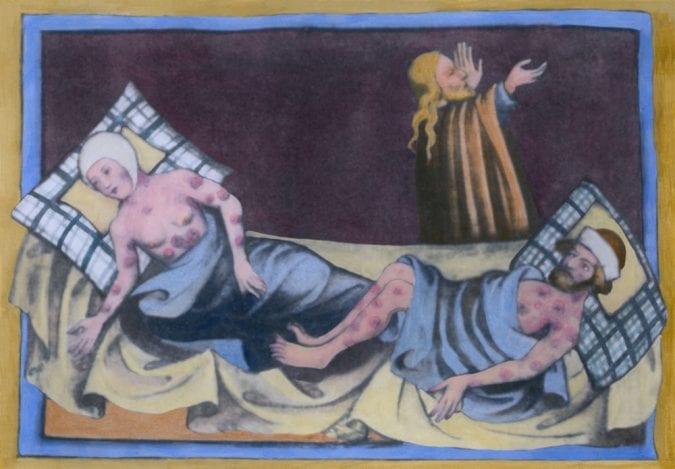 Unfortunately for the cannabis historians out there, desperate to make connections between this one brief historical mention of bubonic plague and cannabis, there is little else to be made from it. Neither Aubert-Roche, nor Moreau, followed up with their reports made on their journeys through Northern Africa. Moreau, who brought cannabis to Western Medicine, had little to do with the treatment of plague as he focused almost exclusively on mental illness.

O’Shaughnessy, a connoisseur of all things cannabis from the Indian subcontinent, also made no further mention of The Plague in his work. Although the connection would have presumably right up his alley, his research also focused elsewhere. 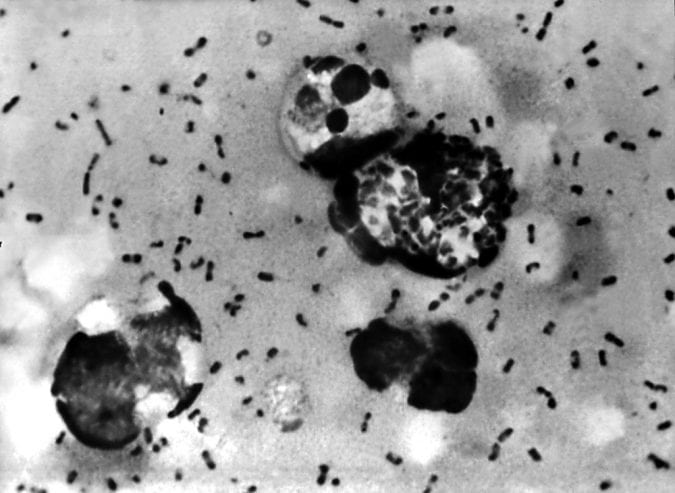 In all likelihood, cannabis can help treat the signs and symptoms of The Plague by reducing the patient’s suffering, maintaining appetite, and soothing pain and inflammation. It also holds antibiotic properties.

Just like Aubert-Roche initially reported, there were very likely folks using cannabis in Egypt to suppress the effects of The Plague. However, there was just not enough interest at the time by the cannabis godfathers to gather more research into the application. And today, there is little remaining evidence, save this often repeated report, about its bubonic applications.

How to Give the Gift of Christmas Weed in North America