New Mexico has a smart plan in place to protect medical cannabis at the expense of recreational cannabis if the latter is legalized.

There’s a bloc of voters who worry that recreational rights will come at the expense of medical cannabis. It prompts a look into a fundamental question facing the U.S.: What is the difference between medical and recreational cannabis?

That sounds like an obvious question, but it’s deceptively complicated. And the answer could set the tone for many of the emerging recreational markets in the United States.

The answer is complex because there is legitimate concern about self-medication once recreational cannabis has legal status. Instead of visiting doctors for prescriptions, many patients may take their health into their own hands. Perhaps it’s for better, maybe it’s for worse, but it’s definitely happening.

And that threatens to change the function of medical cannabis in society in all sorts of ways.

The Difference Between Recreational and Medical Cannabis

First, consider the question from the perspective of the audience. Is there a difference between a medical cannabis consumer and a recreational consumer? In some instances, sure. But there is also considerable overlap.

This could cause a veritable exodus of patients from medical cannabis programs, which could cause them to lose funding — or worse. It could result in producers putting medical cannabis on the back burner while they churn out products for the bigger and more lucrative recreational market.

Or, more to the point, it could sabotage the reputation of cannabis in the mind of the public. Instead of being medicine first, the image of cannabis as a recreational drug could become crystallized in the zeitgeist of the American mind.

Regular people could start to lose trust in the real scientific benefits of cannabis. And rely instead on rumors and old wives’ tales, the kind of thinking that got the substance banned in the first place.

Second, consider the producers. If the recreational cannabis market is larger than its medical counterpart and encompasses most of the same base, profit-driven companies, it will focus less on supplying medical-grade cannabis and more on the recreational-consumption base.

There are real worries that legalization can disrupt the supply of medical cannabis — supplies that are already low. States like Pennsylvania have found themselves in medical weed droughts, which severely hurts the patients who need it most.

What New Mexico Hopes to Avoid

Medical cannabis has left other states en masse after legalization bills. But, New Mexico is hoping to keep the difference between medical and recreational weed highlighted as it plans new legislation.

Toward that end, Gov. Michelle Lujan Grisham, started a special task force charged with setting recommendations to avoid such pitfalls. The group was asked to provide suggestions for how to keep the medical cannabis industry alive, keep patients from driving long distances to buy weed, and help stamp out the illegal cannabis market.

Among its recommendations were prohibiting municipalities from banning cannabis sales (although allowing cities to dictate hours and certain restrictions on locations – like near school zones) and using tax revenue from recreational sales to subsidize medical cannabis for low-income residents.

It also recommended that the state not take control of dispensaries, the way some provinces in Canada have done. Also they suggested prioritizing small players who want to start recreational cannabis shops by keeping licensing fees low. The task force also made reparations a priority, insisting that the state make amends to community most harmed by prior cannabis laws by expunging all past cannabis possession convictions. Also by contributing $6 million annually to a community re-investment fund (it goes up to $11 million by the fifth year).

These latter recommendations illustrate some of the stark difference between medical and recreational cannabis. The recreational bit often comes with a side of justice reform, something that’s healing in its own way. 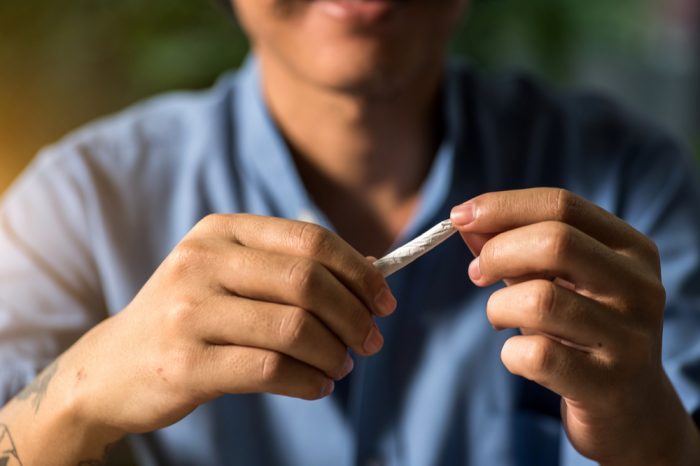 The New Mexico governor has made it clear that legalization is a priority for her. The state’s lower chamber passed a legalization bill recently, but it died in the senate at the hands of conservative lawmakers.

The next hurdle is overcoming the senators’ objections — thankfully the measure already has strong public support.

Ultimately, the task force’s recommendations go a long way. It includes funds for public safety and outlines punishments for those who run afoul of the law. This is something that many anti-cannabis actors love to pore over.

But more than anything else, the recommended policies help clear up the difference between medical and recreational cannabis. New Mexico wants to ensure that needful patients have access to their preferred medicine — and they want to use recreational weed to help them achieve it.

That’s a stance and a strategy the global cannabis community should welcome and get behind.