Dissolvable Cannabinoids are the Future

Dissolvable cannabinoids will give you greater control over your cannabis medicine.

That phrase has made it to your town, right? Do you know why? It’s because cannabinoids are hydrophobic. That means (despite the cannabis water fad) cannabinoids and water don’t mix well, either.

Of course, every cannabis chef knows this. That’s why extracts generally use alcohol or fats. Some people, however, don’t want to continuously ingest fats or alcohol to get their medicine. Manufacturers have attempted to solve with dissolvable cannabinoids.

What Are Dissolvable Cannabinoids?

The cannabis industry didn’t need to look far to find a solution that would allow cannabinoid extraction for water-based mediums. The food and pharmaceutical industries already had the answer: emulsion technology. Essentially, it’s the combining of substances that are, under normal circumstances, immiscible. Manufacturers finely disperse the substance through water – think of it like sifting flour into a batter rather than heaping a full cup in. 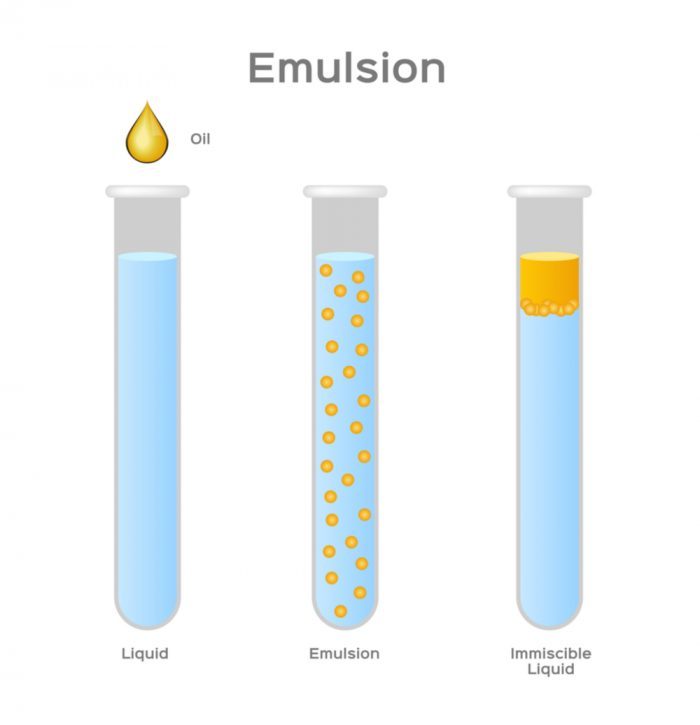 A 2010 study wanted to help define the vernacular that researchers used in emulsion technology in order to forward research. The researchers defined a term that’s often use in cannabis extractions: nanoemulsions. They wrote that nanoemulsions “consist of very small emulsion droplets, commonly oil droplets in water, exhibiting sizes lower than ∼300 nm.”

If you haven’t heard of these, that’s because not many companies are using this technique. Anton and Vandamme pointed out that nanoemulsions are “generally formulated through the so-called ‘high-energy’ methods”. Such methods are expensive and include costs such as:

The effort may be worth it, however. The final products are cannabinoids that can be dissolved into more than just alcohol or oil and butter. Patients can use dissolvable cannabinoids in any edible product imaginable. That even includes water-based recipes – cannabis soup or juice anyone?

Improved versatility and flavor are perhaps the two most superficial benefits of dissolvable cannabinoids. Convenience is another key trait. Instead of having to carry around brownies, cannabis consumers can instead carry a few pouches of dissolvable cannabinoids. This not only reduces the weight and size of your cannabis products, but it also makes it easier to dose in otherwise compromising situations.

Moreover, many dissolvable cannabis products are completely flavorless. In fact, a 2015 study suggested that “the most important application of nanoemulsion is for masking the disagreeable taste of oily liquids.” This is a massive benefit for those who don’t particularly like the flavor of cannabis.

Other Big Benefits of Nanoemulsion

Another 2018 study, published in Molecules, echoed that sentiment. Researchers showed that “their high lipophilicity and low stability mean that cannabinoids benefit greatly from nanotechnology approaches.” For example, they noted new product development such as the “micellar, liposomal and nanosized formulations being proposed for use in topical and systemic preparations.” 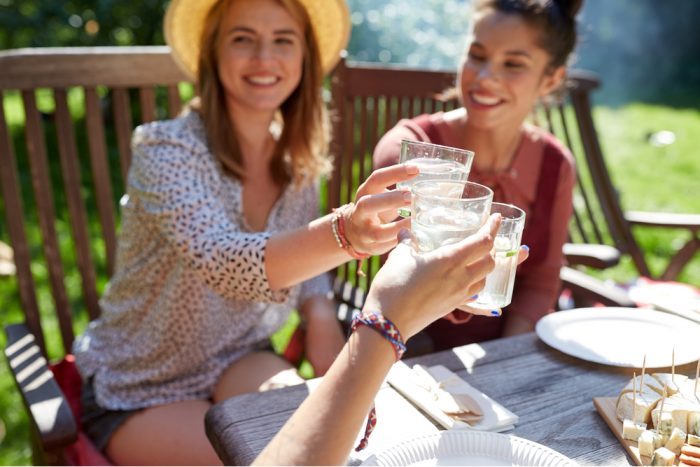 The research went even deeper than that, though. According to their research, nanoemulsions of cannabinoids can be achieved through lipid or polymeric carriers. The lipid carriers are suggested to be most useful for the creation of topicals and other types of non-ingestible cannabis products, such as suppositories. Polymeric carriers, on the other hand, are well designed to encapsulate cannabinoids because they are “mechanically strong, hydrophobic, biocompatible and degrades into toxicologically acceptable products that are eliminated from the body.”

If you’re looking for an ingestible cannabis product, you can freely place dissolvable cannabinoids into your water bottle. Your body will rapidly absorb the flavor-free, colorless drink to provide long-lasting benefits. And of course this is much healthier than regularly consuming cookies or gummies.

Using dissolvable CBD, for example, may improve its bioavailability “regardless of bile secretion”. That’s good news for anyone who needs a “quicker and more stable onset of action of CBD”, according to the researchers of a recent study.

According to the 2017 study, such people might include those who suffer from inflammatory bowel disease. Their compromised digestive systems seem to respond well to dissolvable CBD. This allows more control over diet, as decreasing alcohol and sweets consumption is key to preventing flare ups.

In general, dissolvable cannabinoids are one step closer to the development of personalized medicine in cannabis.

Is it CBD or THC to Offer You the Pain Relief You Need?