It Just Got Easier To Add THC To Everything!

Dissolvable THC is completely changing the edibles market. But how does it work?

Naturally, cannabinoids like THC and CBD are attracted to oils and fats. Scientifically speaking, the term is “lipophilic” which means fat-loving. Cannabinoids dissolve easily in oily substances, but it’s challenging to get them to wholly dissolve in water. Until very recently, there was no such thing as a dissolvable THC product.

Cannabinoids’ lipid-loving nature is irrelevant with many routes of administration — smoking, vaping, and topical applications all work pretty well as is. However, as edible producers are quickly finding out, getting oily cannabinoids to dissolve into water-based products is a frustrating process.

Unless an edible is full of fats (butters, oils, etc.) like a brownie, or a cookie, the product is likely quite unappealing to eat or drink. In water-based edibles, oily cannabinoids immediately separate in a visually and texturally unappealing way. Finding a solution to this dissolvable THC problem has been the number one priority for manufacturers for several years.

Mixing Oil and Water: The Problem with Dissolvable THC

Research demonstrates that THC is an especially lipophilic compound. In “Human Cannabinoid Pharmacokinetics,” published in Chemical Biodiversity in 2009, the authors discuss how smoked THC is “initially taken up by tissues that are highly perfused, such as the lung, heart, brain, and liver.” The process from start to finish is quick, and the compounds diffuse through the body at a rapid rate. [1]Huestis M. A. (2007). Human cannabinoid pharmacokinetics. Chemistry & biodiversity, 4(8), 1770–1804. https://doi.org/10.1002/cbdv.200790152.

So, could a water-soluble cannabinoid solve this fundamental problem with edibles?

Our gut is uniquely suited to absorbing water. By some estimates, as detailed in Best Practices Research in Clinical Gastroenterology (2017), under the title “Physiology of Intestinal Absorption and Secretion,” the small intestine is responsible for absorbing five liters of water a day. This intestinal love of water allows for easy absorption of water-soluble compounds like Vitamin C and many types of Vitamin B. [3]Kiela, P. R., & Ghishan, F. K. (2016). Physiology of Intestinal Absorption and Secretion. Best practice & research. Clinical gastroenterology, 30(2), 145–159. … Continue reading

Producers and food scientists believe that if they could create a dissolvable THC or CBD compound, they would hold the golden ticket to more effective edibles. It’s why so many companies in the industry are throwing everything they have at solving the fat-affinity problems of cannabinoids. It turns out dissolvable THC is a tough nut to crack. 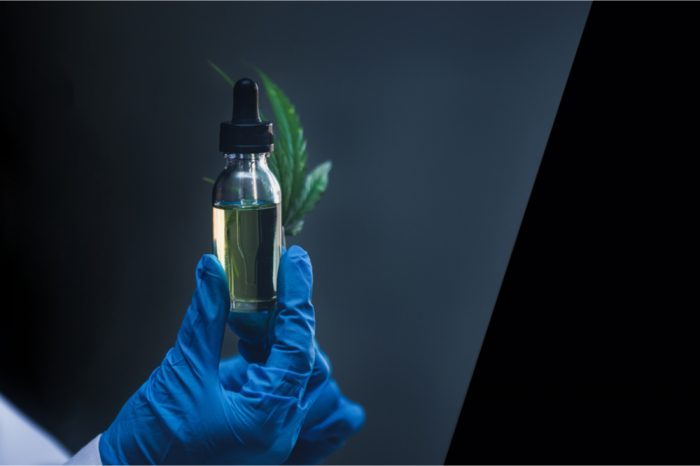 Over the years, many have feared the influence of “Big Pharma” and “Big Agriculture” on medical cannabis. Already pharmaceutical companies are attempting to patent individual cannabinoids and charge astronomical amounts for life-saving cannabinoid-based medicines. Is the genetic modification obsession from “Big Agriculture” going to take over cannabis next?

Cannabis cultivators today use high-tech breeding techniques to highlight the qualities they love best about the plant. For example, knowing which traits are dominant has allowed breeders to create CBD-forward varieties of formerly THC-rich strains. Breeding using these advanced — but still natural — techniques requires time to stabilize genetics.

But now it seems as if a company has finally broken the unwritten rule about keeping genetic modification out of the cannabis industry. Trait Biosciences has created a genetically modified organization (GMO) cannabis plant which produces dissolvable THC. The company had a team of forty five scientists working on this project, and they announced their results at an industry event in the summer of 2019.

According to a report in Cannabis Business Times, getting dissolvable THC was never the original goal. Instead, the lead researcher was attempting to get more cannabinoid content out of each cannabis plant. As he considered the problem further, he eventually found “Glycosylation” as a suitable solution.

Glycosylation is a process that happens in plants and people. Molecularly it means attaching a sugar molecule to another molecule. This connection facilitates absorption in people, and it helps detoxify cannabinoids. After genetically tweaking hemp and cannabis plants to improve this glycosylation process, the team at Trait Biosciences suddenly realized the plant was pumping out dissolvable THC.

As Ronan Levy, the Chief Strategy Officer, explained, “When you put (a cannabinoid) through the glycosylation process, it has no taste, no odor, and it’s completely shelf stable. It mixes into an edible perfectly through the process of osmosis. It’s uniformly distributed, and when you ingest it, it doesn’t affect the flavor.”

Although many other companies claim to produce dissolvable THC, CBD, and other cannabinoids — scientifically speaking, this GMO creation is the first genuinely water-soluble cannabinoid. Everything else on the market is just a workaround. 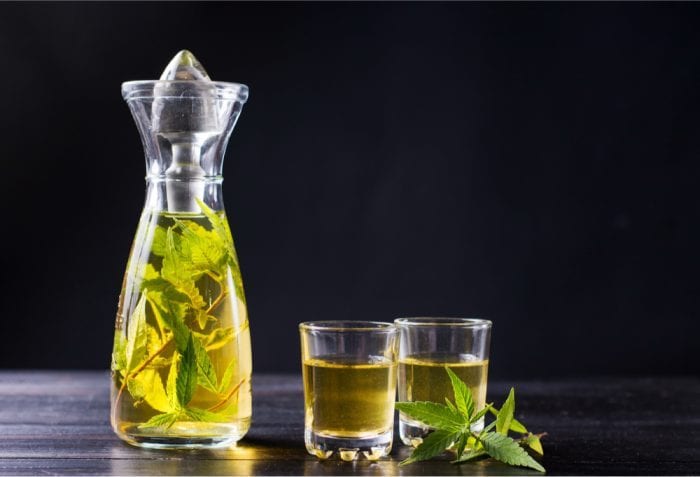 Is Dissolvable THC Without GMO Possible?

GMOs are a controversial subject. In the world of cannabis, it’s no different. Likely many medical consumers want to avoid GMO cannabis at all costs. Are there other ways to make dissolvable THC without genetic modification?

At the molecular level, cannabinoids naturally repel from water molecules. Thanks to breakthroughs made by Trait Biosciences using a plant’s natural glycosylation process, food sciences may be able to use that technique outside of genetic modification. With more time and study, there may be ways to take cannabinoids, mix with glycosylation (sugar), and create a truly dissolvable substance without the need to mess with the plants’ genetics.

Until then, there are several workarounds to the problem of dissolvable THC. The most popular today is an emulsification process called nanoemulsion. Nanoemulsions incapsulate oily cannabinoids in water within a substance called a surfactant. This creates a relatively stable mixture where the particles do not separate over time.

At the moment, there are no specific studies on how much cannabinoid nanoemulsions improve the absorption rate when ingested. Although, in an interview for the GrowthOp, Alexey Peshkovsky — chief science officer of Industrial Sonomechanics LLCm— felt the literature suggested bioavailability was improved somewhere between three to nine times over a regular preparation.

While nanoemulsions are still relatively new, untested, and imperfect, the industry has already jumped on to the bandwagon and is riding into the sunset. Nanoencapsulated cannabinoids are everywhere.

In terms of a dissolve THC solution, nanoemulsions are the most straightforward solution available. The food and cosmetic industries already use them for many other formulations, and the technology is well established. But more work needs to be completed on the possible long term health effects of nanoencapsulation technology for cannabinoids. For example, there are some concerns about their ability to impact DNA.

Dissolvable THC A Solution For Edibles

Whether the industry will continue to use nanoemulsified cannabinoids or turn towards the new GMO cannabis production of dissolvable THC remains to be seen. Trait Biosciences is currently looking for partners who can help them scale into a commercial operation. But what do patients think? Do medical cannabis patients care if their cannabis is GMO?

Over the last few years, there has been a backlash in the industry for anything related to Big Ag and GMOs. Because of the widespread disdain for big agricultural practices in the industry already, medical cannabis may be naturally protected from GMOs for the foreseeable future.