Can You Avoid Risky Diverticulitis Surgery?

Diverticulitis is painful and not always responsive to conventional methods of treatment. If lifestyle changes and medications don’t work, patients end up facing diverticulitis surgery. As most surgeons will tell you, surgery in the digestive tract is one of the most challenging procedures. This is because there is a high risk of infection and problems posed by disconnecting and reconnecting these delicate tissues.

Can cannabis treat diverticulitis? Could a plant known for its anti-inflammatory and pain-relieving qualities work to reduce the risk of diverticulitis surgery? With the growing demand for natural, low-risk alternative medicines, this question is on the minds of many patients with gastrointestinal conditions. 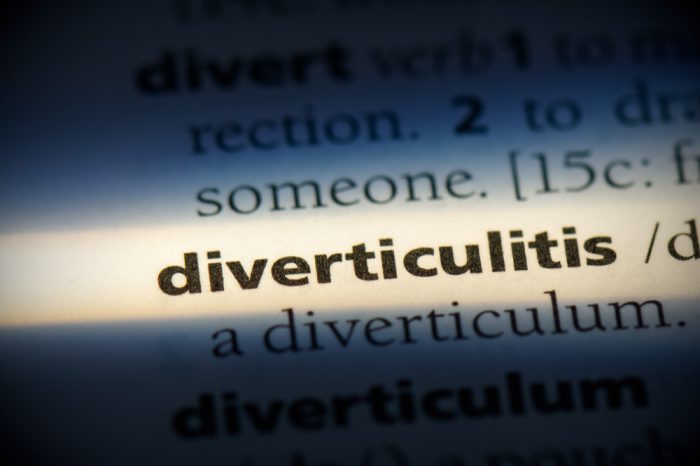 What is Diverticulitis and What are the Symptoms?

Are you over the age of 50? If so, you are in a high risk age group. This is typically a condition affecting women, middle aged and older. You may have diverticulitis and not even know it. The symptoms of the disorder can go undetected and may never develop into a life-threatening condition. According to the National Institute of Diabetes and Digestive and Kidney Diseases (NIDDK), most people never experience any symptoms until a major flare up. But, when things do flare, quality of life is significantly limited due to the body’s response to the inflammation.

It should be noted that some of these symptoms can be indicative of other gastrointestinal disorders. So, it is best to speak with a doctor for an accurate diagnosis. These painful symptoms are the result of a flare-up within the colon. Sacs, called ‘diverticula’ form on the weak walls of this organ and begin to push outward. These pouches may eventually burst or become chronically inflamed. This can lead to digestion issues, pain, and the risk of infection in the colon or bloodstream.

RELATED  Is Cannabis (Gasp!) a Veggie?

Why Diverticulitis is a Risky Surgery to Have

As with all gastrointestinal surgery, diverticulitis surgery can be risky. Surgeons must carefully reconnect and reconstruct the damaged parts of your colon, all while keeping the contents of your digestive system away from the inside of your body. This is because the digestive system has a flourishing microbiome of bacteria that will cause acute infection if these access other areas of the body. The risks of diverticulitis surgery are real, and one of the main reasons you’ll want to do everything possible to keep the condition in check. 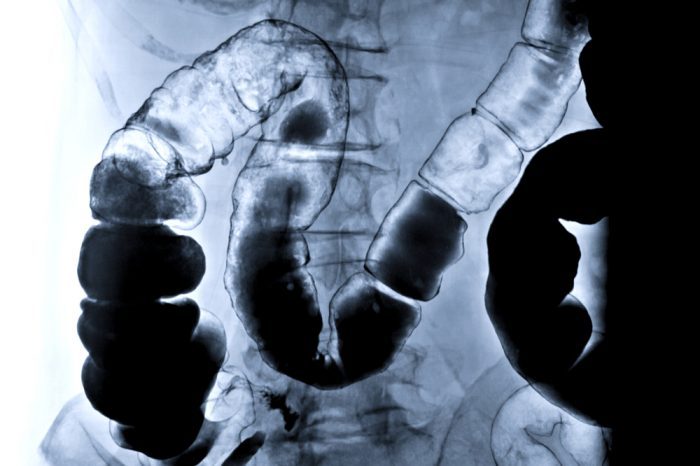 What Can You Do to Reduce the Chances of Diverticulitis Surgery?

The most common treatment options for diverticulitis today include lifestyle changes and medications. A healthier diet would be a lifestyle change, so increase the intake of high fibre foods during times of good health. Meanwhile, have a strict no-solid diet during times of poor health. Physicians may also prescribe probiotics and a daily anti-inflammatory to reduce the flare-ups within your digestive tract.

Does cannabis work as an alternative treatment for diverticulitis, and as a means to reduce the risk of diverticulitis surgery? To date, there hasn’t been any direct research on the topic. It’s an untapped subject, like many areas of cannabinoid research.

Still, researchers have discovered that many gastrointestinal conditions, like diverticulitis, gastritis, irritable bowel syndrome, irritable bowel disease (IBD), and lower tract urinary symptoms, all have an upregulated endocannabinoid expression. This feels like painful and chronic inflammation.

For the latest research on cannabis for the treatment of other IBD conditions, see this detailed summary. 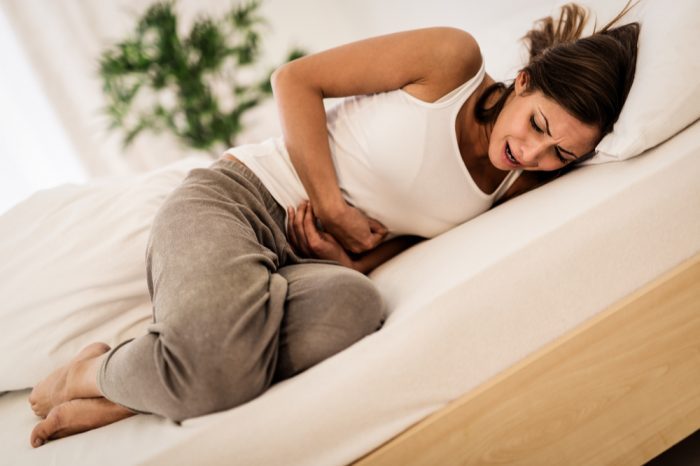 In a recent discussion, published in Digestive Diseases and Sciences (2019), author Timna Naftali explored cannabis as an option for irritable bowel syndrome.

RELATED  What is a Cannabis Honey Stick?

Naftali detailed how, “Many laboratory studies demonstrated that the endocannabinoid system is an important component of inflammatory activity in IBD and that treatment with cannabinoids can ameliorate the disease impact in experimental models of IBD by reducing inflammation and tissue damage.” Theoretically, cannabinoids may likely have similar anti-inflammatory and protective benefits within the colon as well.

Naftali admits that there are too few well-controlled clinical studies done on cannabis’ potential for the treatment of gastrointestinal disorders (let alone for diverticulitis). Naftali’s small clinical research on Crohn’s disease is worth highlighting. In this study published in the The Cochrane Database of Systematic Reviews (2018), participants comprised twenty-one patients with Crohn’s disease (who did not respond to steroids, immunomodulators, or other common medications). While cannabis did not kick the disease into remission, it did produce extremely fascinating changes.

As per the study conclusion, “a short course (eight weeks) of THC-rich cannabis produced significant clinical, steroid-free benefits to ten of eleven patients with active Crohn’s disease, compared with a placebo, without side effects.”

Again, this isn’t a study on diverticulitis, but it is relevant because Crohn’s disease has many similar symptoms to diverticulitis. Plus, diverticulitis is often treated with similar medications (steroids) and prescribed lifestyle changes. The results from Naftali’s placebo-controlled trial may be useful for the development of studies explicitly looking at diverticulitis.

It is too soon to tell what the future holds for medical cannabis as a treatment for diverticulitis. Considering how many people with gastrointestinal disorders  already rely on cannabis for the relief, it’s likely cannabis could also have therapeutic value for diverticulitis as well.

The main goal for people suffering from the painful symptoms of diverticulitis is to avoid diverticulitis surgery. Cannabis holds potential because of its proven pain-relieving qualities, its anti-inflammatory properties, and its lack of serious side effects for most people. Cannabis’ favorable safety profile is why many people are already relying on the plant, even without well-controlled scientific support.