DIY Greenhouse Grows Autoflower In The Dead Of Winter

Our planet formed some 4.5 billion years ago and the leftover energy is still forcing its way out through the earth’s crust. Some cannabis growers who live in colder climates have taken to constructing their own DIY greenhouses in a manner which harnesses this energy.

By digging a trench in the ground, they tap into the heat of the earth. Ten feet down, the temperature is surprisingly warm. And even though it’s cold outside, cannabis plants have certainly come through more challenging conditions in their evolutionary past. 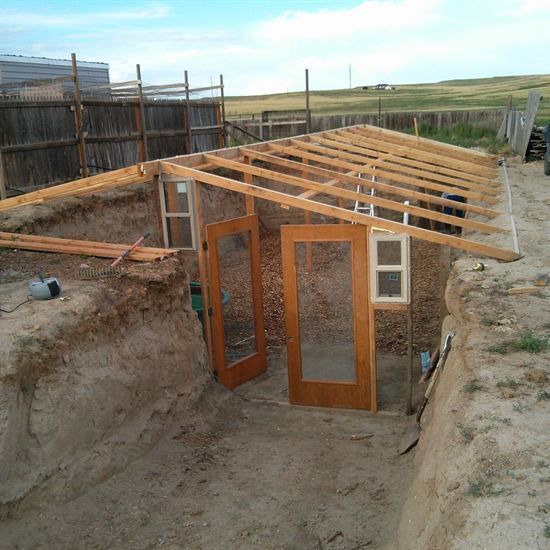 One solution to the lower fall temperatures is to build an underground greenhouse. The idea originated in Bolivia, and was named a “Walipini” —the indigenous word for “warm place.”

In essence, it consists of a pit dug into the ground, with a sloping roof on top. The idea worked well in the cold Andean regions of South America. Many cannabis growers have now adopted it to help their plants survive the cold winter. By harnessing the natural heat stored in the earth—something known as “the thermal constant,” one can harness a surprising amount of constant heat. With a roof on top to seal and insulate, this method enables the optimal environment for growing cannabis outside of the main growing season.

How To Build Your Own Walipini Greenhouse

An underground DIY greenhouse is extremely easy to construct. Here’s what you need to keep in mind.

All that is required is the time and effort to dig, along with a frame, and some plastic sheeting for the roof. You could go for glass, but its not truly necessary, proven the plastic is translucent. The size of your walipini can be as big or as small as you like. It ultimately depends on how many cannabis or other plants you want inside.

Dig a trench 2.5 meters deep. The Trench should run north to south. Maximizing exposure to the winter sun is important, so if you’re in the northern hemisphere, that means optimal exposure to the southern sky is vital. It helps ensure that you gather as much light as possible in the short, winter, months.

The angle of the roof has a potent effect on how much of the sun’s heat is able to penetrate. The ideal angle will depend on your latitude, and is best calculated by adding 20° to your latitude. At this angle, your roof will run close to perpendicular (a 90° angle) to the winter sun at the solstice.

Before laying the roof, you’ll also need to create what’s known as a “berm.”

This is an extension of the northern wall, where one slightly raised end allows for a sloping roof. This can be achieved using the soil you have excavated. The structure for the roof can be built either from timber, or PVC piping, before being covered with plastic, and laid on top to ensure a fully enclosed pit beneath. 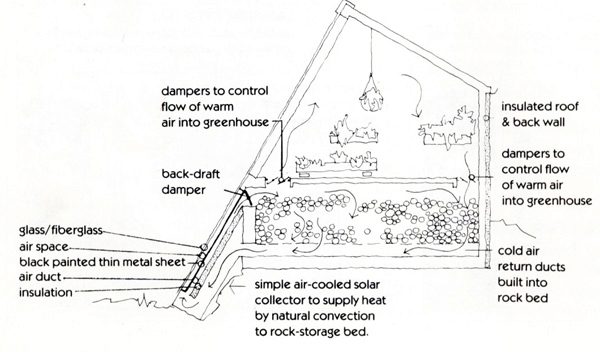 What is the Temperature of a Walipini Greenhouse in Winter?

Thanks to the thermal constant, the temperature 4 feet below the surface will stay almost the same. This usually means between 50-60°F (10-15.5°C). This pocket of existing warmth requires very little additional energy to heat  sufficiently for cannabis growth. However, know that dditional lighting may be required. This depends on how far north you live (or south, if you live in the southern hemisphere!).

A 2019 study carried out at McGill University, Montreal, analyzed plant photobiology and the implications for cannabis production. The study notes that cannabis plants “in an outdoor environment or in a greenhouse with supplemental electrical lighting, still receive the broad spectrum of light and have corresponding photomorphogenic responses.”

RELATED  What is the Average Cost of a Cannabis Grow?

In essence, it is possible to grow cannabis in less than favorable, or winter, conditions.

Unlike an indoor grow, environmental factors limit strain choice in a DIY greenhouse. These can include your location, and how extreme your winters get. Cannabis is a hardy plant, but many modern strains won’t do well once removed from the stability of controlled grows. This begs the question – which strains do best in colder climates, and in a walipini? 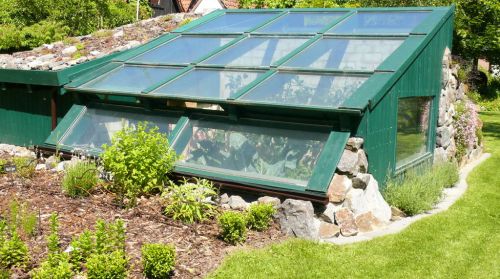 The Advantages of Autoflower Seeds

Automatic strains, or “autos,” are easy to grow in situations where the climatic and lighting conditions aren’t what they ideally could be.

Autos are the descendants of Cannabis ruderalis. This is a hardy strain from the colder climes of Eastern Europe. The plant has evolved some distinctive characteristics due to the short summers, cooler temperatures, and lower quantities of light. One such characteristic is the ability of the ruderalis genetics to grow based on time, rather than light cycles. Autos will flower regardless of how much light they are exposed to. And it’s in the DIY greenhouse, under less favorable conditions, where these strains can really come into their own. 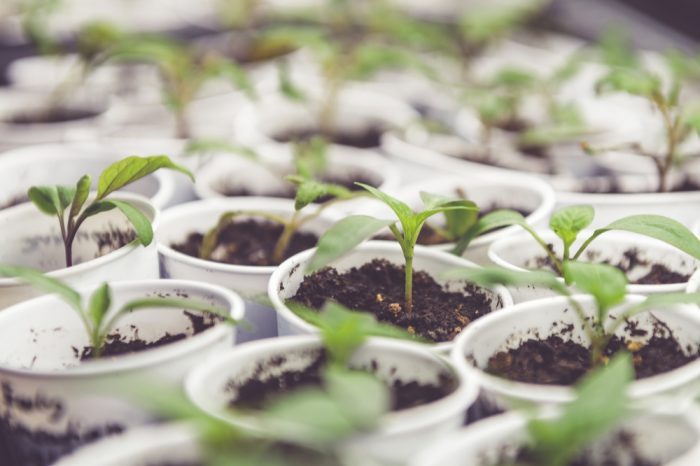 The Top 3 Autoflower Strains To Grow In Your DIY Greenhouse

As an indica-dominant hybrid, Northern Lights chiefly helps modulate a relaxed vibe. Medical patients commonly use it for stress, pain, or anxiety. Being an autoflowering strain, it’s one that lends itself ideally to the DIY greenhouse. Also, respectable yields are generally possible in colder climates, thanks to those hardy genetics.

Northern Lights will usually require nine weeks from seed to harvest, and grow to a height of approximately 120cm (just under 4 feet).

As the name suggests, this autoflowering strain does well in colder environments. The indica dominant properties shine through to provide a deep, relaxing, medicated, feel within the body. The plant grows quite short, reaching heights of 30-80cm, making it ideal for stealthy growers with minimal space.

RELATED  How To Grow Hemp and Why It Isn't Easy

This hardy strain gives good results for little effort. In essence, it’s ideal for growing in areas where less favorable conditions exist outside of the summer growing season.

The reduced yield of autoflower is one big disadvantage. With Critical Mass however, the underlying genetics ensure a strain that provides all the autoflowering benefits with surprisingly high yields.

This strain performs exceptionally well for many patients when it comes to pain relief. Critical Mass is famous as a strain that performs well in cold weather. Finally, make sure to watch for any mold formation. This comes as a consequence of Critical Mass’s abundant flowering.

Don’t let the falling temperatures prevent you from growing your medicine. The cannabis plant truly is remarkable and has evolved in some of the most challenging environments. With a little know-how, and some perseverance, you can obtain surprisingly high yields, even when the outside conditions suggest otherwise.