Do Cannabis Workers Need a Union?

Often exploited and underpaid, the UFCW is not the only one courting cannabis workers.

Does the cannabis industry need a union? That’s a question that’s coming up a lot recently as more and more states pass legalization laws and big companies get involved in the green game. But, as the industry moves from a black-market model to Wall Street legitimacy, some workers are worried it could step off on the wrong foot — or forget where it came from.

The message from the United Food and Commercial Workers International Union (UFCW) is clear. Cannabis workers have been exploited and underpaid; the industry has become untrustworthy and unreliable. Only by joining forces can workers demand fair wages and safe conditions. And only by “playing the game” can the industry fight for better laws and win over the establishment.

The UCFW began courting cannabis workers in 2007, long before the rise in legalization. They claim that their long-term support, before it became fashionable, is a sign of goodwill and trustworthiness.

The opposition’s message, however, is also strong. As the union has grown, its interests have fractured. Can one organization really represent growers, workers, retailers, and political activists? What happens when factions disagree? A cannabis union, critics contend, cannot be all things to all people. 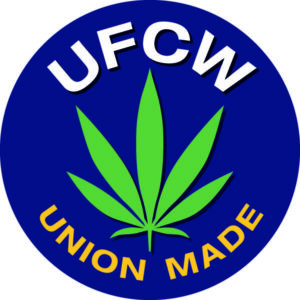 Whatever the infighting and critiques of UFCW may be, there’s little disagreement that it’s done good work for everyone involved in the industry. Today’s debate is whether or not its best days are are past.

In 2011, the UFCW used its political connections to launch a national campaign for legalization. Working with real lobbyists through established channels helped to legitimize the movement in many politicians’ eyes. Suddenly, legalization wasn’t just a pie-in-the-sky goal of voters. There were real people, with real money, who had become organized — and they demanded action.

The union worked on more than just legalization efforts. It used its pull with the National Labor Relations Board to ensure that cannabis workers received protections. Because cannabis work had been illegal, it caused a lot of shrugging from bureaucrats even after it was legitimized. The UFCW, working through lobbyists, used medical cannabis workers as an example of a class of legal weed workers whose conditions needed to be improved. Thanks to those efforts, the NLRB eventually issued a memo in 2013 asserting that it had jurisdiction over medical cannabis workers.

Suddenly, those workers had rights! They had an authority above their managers to complain to, and a government agency tasked with making sure their conditions were up to snuff. It was a huge win for the cannabis union. Not only did the memo benefit workers, it helped validate the industry even further.

Snowballing from the 2013 NLRB decision, the union began to explode. As more and more states legalized cannabis, the UFCW was on hand to ensure that new regulations would permit green workers to unionize.

They fought for working conditions, both agricultural and white collar. For growers, retailers, workers, and activists, equally, for a socially ‘just’ representation. They helped broker agreements between management and workers.

The beginning is always a honeymoon period.

As the industry grew, so did tempers. In 2018, the cannabis union lobbied against a California bill that would have let growers sell weed at farmers markets without a retail license. This upset growers, who felt that the UFCW were siding with moneyed retailers over them. The bill did not pass. 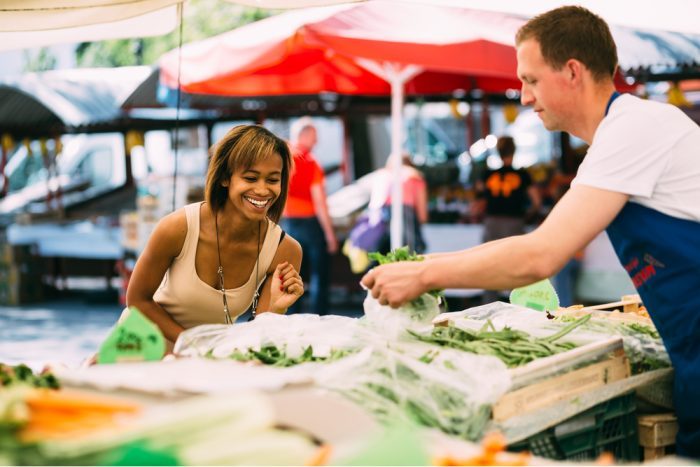 The UFCW lobbied against a bill that would have allowed growers to sell at California farmer’s markets.

Other Unions Step In

The UFCW may have been the first national labor union to court cannabis workers, but it’s hardly alone. The Teamsters have supported cannabis workers alongside UFCW since 2010. The United Farm Workers (UFW) has also explored the cannabis space; in 2017 national VP Armando Elenes told the L.A. Times: “If you’re a cannabis worker, the UFW wants to talk with you.”

And while no group represents more cannabis workers than the UFCW, growing internal frustrations could change things.

That’s problematic because unions are most effective when they’re full of workers. The fewer workers represented, the smaller the war chest and weaker the bargaining positions. Add that to the right-wing anti-union bias in Washington, and in many state legislatures, and it’s clear that a fractured union has an up-hill fight for efficacy.

It’s also important to keep in mind that virtually no representative organization can please all of its constituents all the time. Oftentimes, belonging to a union means sticking up for the common good of everyone — not just yourself and those like you.

A better situation may be for the cannabis union, UFCW, to continue to find issues that can be cross-supported by the Teamsters and/or the UFW, like California’s Proposition 64 was. 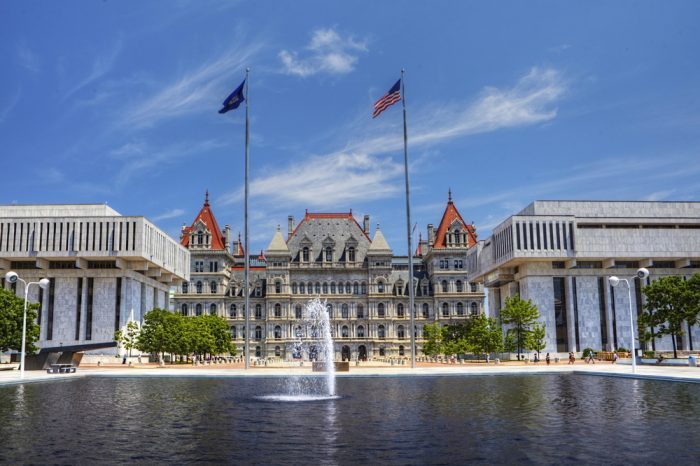 Where Are We Today?

The last-ditch effort to legalize weed in New York failed June 19, after disagreements over regulation and hesitation from less-liberal politicians stretched the effort past the end of the state’s legislative session.

If one of the union’s most liberal states (its scion, our presidentrkers  notwithstanding) cannot be talked into legalization by a cannabis union, what can the organization offer to the rest of the country?

On the other hand, if cannabis workers can’t get a fair shake without a union, what kind of exploitative industry will we end up with if workers abandon the UFCW? I, for one, don’t want to find out.