Do Indigenous Rights To ‘Non-Interference’ Extend to Cannabis?

Even regions fully legal regions, like Canada, struggle with reconciling indigenous rights to self govern against cannabis laws.

In Canada, the haze from the recent legalization of cannabis is settling, and the nuanced political, cultural and social challenges are coming into focus. One of the most complicated areas concerning Canadian indigenous rights and cannabis. It’s a question tribes across the US are also facing.

Where do the indigenous communities across North American stand with the evolving cannabis laws? It has a long history of use across North America and is often considered a sacred and medicinal plant. Today, some nations want to keep it out, while others are looking to embrace it as a new industry.  To complicate matters further, it’s not always clear cut which level of legislation applies to reservation lands.

It’s this grey area where Wil Marsden is operating. He is the hereditary chief of a small community in British Columbia and has been producing and distributing medical cannabis oil to members of his community for years.  He stated to CBC that “cannabis shouldn’t be treated differently from the medicines people have harvested from their territory for generations.” Whether or not the Canadian government approves of his distribution is up in the air, as cannabis is typically treated much differently than other traditional healing plants.

What Indigenous Rights and Cannabis Mean for Canada

In Canada, the federal and provincial governments still need to settle on a full framework of cannabis legislation. Ontario is one example of a provincial government that hasn’t quite figured out a distribution model yet. As of Oct 17th, residents only have access to online sales, with brick and mortar operations to roll out in the spring of 2019.

First Nations in Ontario, and within other provinces, are taking cannabis legislation into their own hands. While each nation is working to manage their own inter-reservation cannabis policies, based on their unique environments, it often boils down to the demand to the right to self-determination. 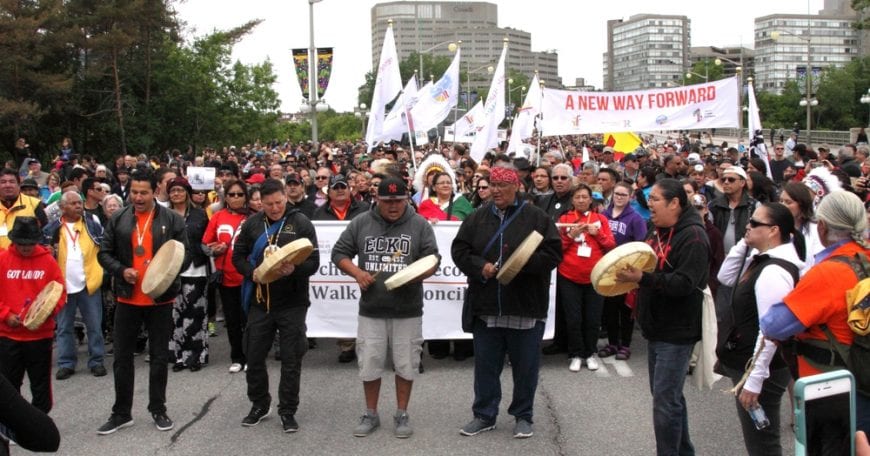 Some indigenous communities in Canada still oppose cannabis on their lands, but many others are demanding control over the industry. Just like the rest of Canada, First Nations’ peoples see the opportunity of the cannabis industry, and what it could offer their communities.

In another noteworthy move, Ontario First Nations have declared they are not going to wait for the provincial government when it comes to cannabis distribution on their lands. They also do not subscribe to the provincial distribution model that the alcohol and gaming industry uses. For many indigenous communities in Ontario, cannabis is “part of a broader argument about self-government and self-determination.”

The Intersection of Tribal Law, State Law and Federal Law in the US

If possible, the situation South of the 49th parallel is even more confounding. First, above all else, Tribal lands fall under federal jurisdiction. This means they must defer policy decisions to the federal government. When it comes to cannabis, it also means they must work within the rules as outlined by the Drug Enforcement Agency (DEA).

However, many reservations and indigenous peoples in states like Colorado, California, and Oregon are grappling with statewide legalization. Technically, they live in a state with open access to cannabis, but tribal lands don’t adhere to state legislation. 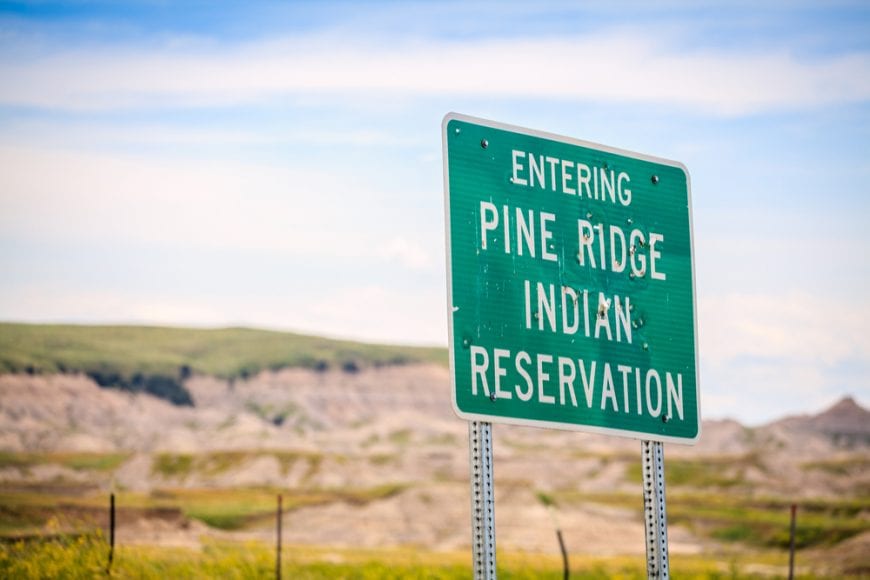 Nations Within A Nation

In the U.S., tribes operate as a “Nation within a Nation.”

This means that their sovereignty over life within their various borders is a hot topic within the courts. Some communities, for example, fight to keep cannabis off their lands and restrict it from their members. Other nations struggle to gain access to a potentially lucrative industry. This, even if marijuana on tribal land is a very unclear legal grey zone.

According to Anthony Rivera, the CEO of CannaNative, as stated to Good.is, “We have the ability to pass our own laws and regulate ourselves, but we have to be very careful because in the past, tribes that have tried to do that … have been [subject to] raids by federal agencies, the DEA, and federal marshals. We don’t want to have that again. We’re trying to avoid that.” Tribes in the US, even if they are open to legalization in places like Colorado and beyond, are stuck between a rock and a hard place. Federal legislation still restricts their tribal sovereignty.

In December 2014, the US Federal government issued a clarifying memo, stating that the policy of non-interference, which applied to all 50 states, also extended to the 326 American Indian Reservations. Under the Trump administration, this policy has been rolled back, as applied to the states and the reservations. No more ‘non-interference’.

No matter what side of the border, there are challenges for indigenous peoples and the new unfolding cannabis landscape. What rules apply, and how they apply when combined with tribal sovereignty rights, are not going to resolve easily. It will likely take years to develop a legislative framework agreeable to all parties.