Are Docs That Refuse To Prescribe Cannabis Breaking Hippocratic Oath?

Where does cannabis fit into medical ethics and the promise to ‘do no harm?’

“First, do no harm.” That’s the oft-quoted opening of the Hippocratic Oath, the ancient Greek pledge that many modern medical student graduates in the United States still recite before receiving their degrees. It’s also the foundation of medical ethics in the West. But when doctors shy away from medical cannabis, are they breaking the very vows that have guided the field’s best practices for 2,500 years?

To answer that, it helps to explore the oath a bit more. Originally written in the 5th century B.C.E. by the ancient Greek healer Hippocrates, the oath was meant to guide ancient healers in their art (it was – and still may be – as much an art as a science back then). It holds them firm to a rigid set of principles that would benefit both themselves and their patients.

Reading beyond “Do no harm,” the Hippocratic Oath reveals itself to have some sentences that are less-than-applicable to modern palliative care. For instance, the oath intones: “I swear by Apollo the Healer, by Asclepius, by Hygieia, by Panacea, and by all the gods and goddesses, making them my witnesses, that I will carry out, according to my ability and judgment, this oath and this indenture.” It also includes lines about not causing abortion and refusing to perform voluntary euthanasia on patients.

If that sounds outdated, well it is. And while medical schools across the world have updated and modernized the oath since it was first etched into tablet, the real updates are in the language. The spirit behind the words remains, even if modern medicine has (somewhat) changed its stance on a woman’s right to choose and how to handle end-of-life care.

Can an Ancient Promise to “Do No Harm” Still Be Relevant Today?

The oath’s prime directive is to ‘do no harm’, so it follows that a doctor must view every substance prescribed, every action they take from a harm-causing standpoint. Does Advil do harm? Does a tonsillectomy?

By that logic, cannabis could be the poster child for following the Hippocratic Oath. A substance that we’ve consumed for centuries and has never caused a single death easily follows the “do no harm” declaration.

Of course, that’s a literal interpretation of the Hippocratic Oath. A more modern take might be, “Only do harm in the service of a greater improvement in health.” Many therapies, like chemo and radiation treatments for cancer or open-heart surgeries and caesarian sections all cause some harm to patients. But prolonged life or improved quality of life outweighs that harm.

Here, cannabis also fits the bill. There are only two negatives associated with cannabis. The first is a very rare and specific problem; one that’s no different than thousands of pills or treatments. In people prone to schizophrenia, THC can increase the likelihood of psychotic episodes (or maybe it doesn’t – the research is out).

The second issue, also a rare condition, is called Cannabinoid Hyperemesis Syndrome.  This is when a patient experiences cyclical vomiting in response to exposure to cannabis. It can be life threatening, as dehydration and kidney failure at two significant risk factors. Pesticides seem to be the most likely cause for the syndrome. This theory is furthered by the fact that people with the condition typically have decades of positive relationship with cannabis prior to falling ill. And for some, simply changing the strain or provider ends the illness.

Both the literal/traditional interpretation of the Hippocratic Oath and its modern meaning allow for medical cannabis. So why do doctors claim to have a moral problem with this plant?

The continued recitation of the Hippocratic Oath for graduation ceremonies isn’t just about tradition. It’s because the values expressed so eloquently within the oath remain relevant today. Beyond “do no harm,” the oath requires physicians to respect the hard-won scientific gains of medical research. It also requires physicians to respect the privacy of their patients, and to admit when a sickness or treatment is beyond their knowledge so they may refer their patient to a more suitable doctor. Finally, according to the oath, physicians must also remember that they do not treat diseases, but people. 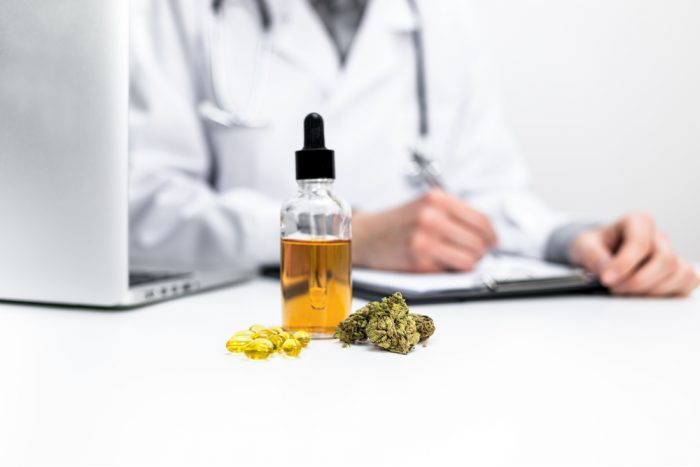 The oath has provided a basis for many of America’s medical laws, and guides our understanding of medical ethics. Modern versions of Hippocrates’ ancient text sound are like a buzzy online guide, “15 Ways to Be the Best Doctor!” It’s at once serious and uplifting.

In this context, it’s clear that cannabis is not in violation of any part of this ancient creed. Even the most modern re-workings of the oath don’t mention avoiding a remedy because of social stigma or tradition. In fact, it encourages the opposite. The oath asks doctors to be the best they can be, and to remain open-minded but to rely on evidence. It requires physicians to treat patients kindly and openly, and to help them live their best lives.

To help physicians follow the Hippocratic Oath with medical cannabis is to increase funding for research into the plant’s uses. This will allow physicians to inform their patients about and prescribe medical cannabis based on solid peer-reviewed evidence. This is a territory within which doctors are most comfortable.

There’s no reading of the oath that can possibly interpret cannabis as an evil. It does, however, prove that physicians fulfill their duty when they’re open to cannabis and its scientifically-proven treatment options.