Does cannabis help or hinder the process of getting fit and increasing aerobic capacity?

It’s becoming clear, through anecdotal reports, that more athletes are trying cannabis to fuel more intense workouts. In fact, many are saying it helps improve their performance. Is there truth to this? Or is this perceived performance enhancement just a placebo effect on aerobic capacity?

Just like the many other potential effects cannabis may have on one’s health, this subject is still in the early stages of research. But, from the growing list of studies, there are a few things we can surmise about cannabis and exercise.

As we’re starting to learn more about cannabis and its ability to relieve airway inflammation, scientists have begun to look into how it affects the lungs. A study dating all the way back to 1975, and published in the American Review of Respiratory Distress, found that cannabis could potentially reverse exercise-induced asthma.

Smoking anything is an inherent risk for the lungs, and cannabis is no exception. While THC may act as a bronchodilator, it’s best administered from a vaporizer or an inhaler. So, for athletes who suffer from an asthmatic condition, cannabis could potentially help.

But, what about improving aerobic capacity and increasing VO2 max? First, let’s break down what these terms mean. Aerobic capacity refers to one’s ability to use oxygen during exercise. To test that ability, scientists look at an individual’s VO2 max score. The VO2 max test assesses the amount of oxygen the body consumes.

In a study published in Ovid (2019), researchers investigated a group of healthy, physically active, males. Half of the group consumed cannabis, half of them did not. They looked for differences in pulmonary function, aerobic and anaerobic fitness, strength, cortisol and testosterone. And yes, they tested for each individual’s VO2 max score.

The results? They found no difference between the two groups in regard to VO2 max, anaerobic power output, strength measures, testosterone, or cortisol concentrations. However, they did notice a difference in heart rate, placing cannabis consumers at a higher risk for cardiovascular disease. Another study in the Journal of Science Medicine and Sport (2017), also found no evidence to suggest that THC enhances aerobic capacity or strength.

How Cannabis can Help With Exercise

Cannabis may not affect one’s ability to consume and use oxygen, but science is discovering other ways in which it might help during exercise. A study published in Frontiers in Public Health (2019), found that cannabis increases the consumer’s enjoyment of exercise. They also discovered that it can also potentially quicken recovery time. This study validated what many athletes have been saying: they can work out longer after consuming cannabis, and recover more quickly.

Cannabis consumers also might be more motivated to exercise. The authors wrote, “participants who use cannabis before and/or after exercise reported that they exercised more, and had positive attitudes about co-use on exercise, which implies cannabis may be a useful tool for exercise among some users.” Some studies have even shown that cannabis consumers tend to be thinner than average non-consumers due to lowered BMI.

Scientific research has discovered that the endocannabinoid system plays a key role in the development of a “runner’s high.” In research done on lab mice, scientists found that running increased levels of anandamide, which is an endocannabinoid. This might be why some athletes have reported a feeling of enjoyment, or a premature runner’s high, when consuming cannabis before exercise. But science has yet to tell us if that is physiologically the case. We know that anandamide has a structure that is similar to THC and has positive effects on levels of serotonin and dopamine. However, as of the time of publication, there have been no studies on how cannabis affects anandamide levels in humans. 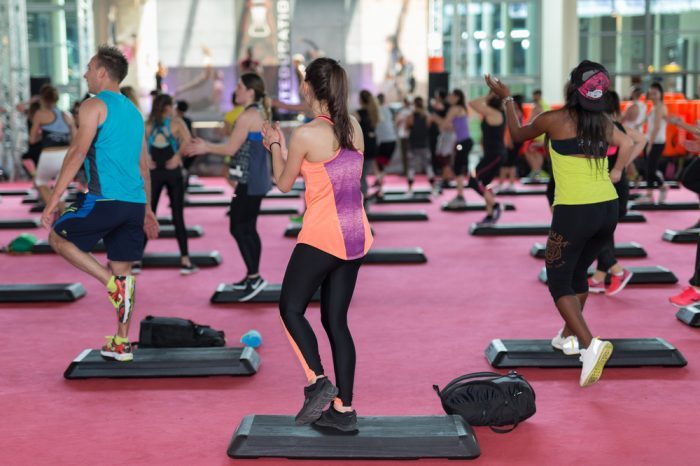 What about those athletes that claim cannabis helps them recover more quickly? We now already know that cannabis may reduce inflammation. With that in mind, it makes sense that it could potentially aid in the recovery process. Muscle soreness following an intense workout can be caused by increased cytokines. These proteins inflame the muscle tissue, making the body feel stiff and sore.

In vitro studies show that THC can suppress cytokines, but it can also activate them. CBD has exhibited an ability to only suppress cytokines, thereby reducing inflammation. This can be incredibly helpful in aiding the body in its recovery process. In addition, THC can help mitigate pain.

By making the act of working out more enjoyable, and making the recovery process easier and faster, cannabis can indeed help in the consumer’s quest for fitness. However, it can also affect cognitive function, slowing the consumer’s reaction time. So, co-using cannabis while engaged in a fast-paced, potentially dangerous sport (like downhill mountain biking, for example), might not be a good idea.

But, an important point worth considering comes from a recent study published in the Journal of the International Neuropsychological Society (2019). Researchers found that high aerobic fitness moderated cannabis’ impact on visual memory, executive function and psychomotor speed. This means that cannabis could not only help make exercise easier, but aerobic fitness could also minimize any negative impacts from consuming said cannabis.

Whatever way you integrate cannabis into your fitness routine be sure to consume the right cannabinoid in the right doses. If unsure about dosing cannabinoids please talk to a medical professional prior to consumption.

CBD vs THC for Cancer: What Does the Latest Research Say?