Cannabis may certainly help make working out easier. But could it also help support muscle development?

There’s a reason the muscle development industry is a multi-million dollar one. From elite athletes to garage gym rats, the public interest in short-cutting the process of building muscle is as strong and robust as Arnold Schwarzenegger’s bicep.

And with increased legalization, more and more fitness enthusiasts are touting cannabis as the new way to gain muscle. But is it actually working?

What we Know About Cannabis and Working Out

The anecdotal reports are plenty, with athletes in numerous, varying disciplines describing how cannabis helps their workout routine. In fact, most of the existing evidence regarding cannabis and muscle development is just that — anecdotal.

A survey run by the University of Colorado in 2019 found that seventy percent of respondents who consumed cannabis prior to exercising reported the experience as more enjoyable. The survey also found that seventy-seven percent of respondents said that cannabis helped with recovery, too.1)L., Sophie, et al. “The New Runner’s High? Examining Relationships Between Cannabis Use and Exercise Behavior in States With Legalized Cannabis.” Frontiers, Frontiers, 8 Apr. 2019, www.frontiersin.org/articles/10.3389/fpubh.2019.00099/full.

But, is there any science to back up the perception that cannabis makes exercise more enjoyable and shortens recovery time? Both of these factors could contribute positively to the process of developing muscle, but are they true for cannabis?

If you’ve ever woken up after an intense day in the gym, you’ve felt it — the sensation of tired, sore muscles that don’t want to be used. Rest days are essential to recovery, but when increasing muscle mass, the faster the recovery, the better. Some athletes have used banned substances to reduce recovery time, such as anabolic steroids. These drugs work by helping tissue repair itself.

Cannabinoids, like THC and CBD, may not directly repair tissue like steroids do, but they do have researchers abilities to potentially decrease inflammation and pain. Both THC and CBD have the ability to suppress cytokines, which inflame the muscles and cause that feeling of tired, aching muscles the day after a workout.2)Nagarkatti, Prakash, et al. “Cannabinoids as Novel Anti-Inflammatory Drugs.” Future Medicinal Chemistry, U.S. National Library of Medicine, Oct. 2009, www.ncbi.nlm.nih.gov/pmc/articles/PMC2828614/. 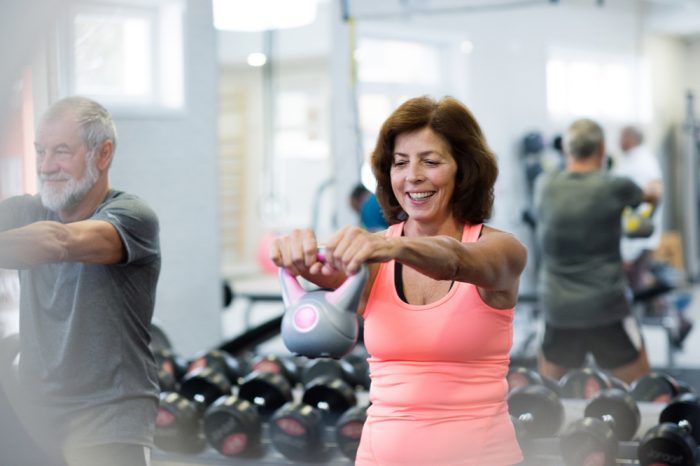 It is also known that CBD may help improve sleep, another essential factor to improving muscle recovery time. In this systematic review published in Advances in Preventative Medicine (2017), researchers discovered that sleep and exercise positively influence each other. Meaning, the more exercise you get, the better you’ll sleep — and vice versa.3)Dolezal, Brett A, et al. “Interrelationship between Sleep and Exercise: A Systematic Review.” Advances in Preventive Medicine, Hindawi, 2017, www.ncbi.nlm.nih.gov/pmc/articles/PMC5385214/.

While the processes involved in physical recovery during sleep have yet to be deduced, studies are finding that sleep is integral to athletic performance and recovery. Muscles building happens during this process.

Science is also discovering how cannabinoid signaling is involved when it comes to developing muscle mass. Specifically, research is finding that the down-regulation of the CB1 receptor affects the growth of skeletal muscle. It’s possible that CBD can prevent binding to the CB1 receptor, which is how this cannabinoid may be used to treat muscle wasting in neurodegenerative disorders like MS.4)Pekkala, Satu, et al. “Cannabinoid Receptor 1 and Acute Resistance Exercise–In Vivo and in Vitro Studies in Human Skeletal Muscle.” Peptides, U.S. National Library of Medicine, May 2015, www.ncbi.nlm.nih.gov/pubmed/25796352.

But, there is also another cannabinoid that may impact muscle development more, and that’s cannabigerol (CBG). We’re still learning about this little-known cannabinoid, but what we know so far is that it helps reduce inflammation and could potentially contribute to muscle growth by encouraging protein synthesis.

This study in the British Journal of Pharmacology (2010), found that CBG can activate α2-adrenoceptors, along with blocking CB1. These qualities are what make CBG another candidate as a possible aid in muscle growth and recovery.5)Cascio, M G, et al. “Evidence That the Plant Cannabinoid Cannabigerol Is a Highly Potent alpha2-Adrenoceptor Agonist and Moderately Potent 5HT1A Receptor Antagonist.” British Journal of Pharmacology, Blackwell Publishing Ltd, Jan. 2010, www.ncbi.nlm.nih.gov/pmc/articles/PMC2823359/.

Even though there is not enough direct evidence to say definitively that cannabis encourages muscle growth, there is enough evidence to suggest that it may help indirectly.

By improving sleep, lowering inflammation and potentially increasing protein synthesis, cannabis could support muscle development. Another clue to how cannabis can provide an extra edge is its presence on a list of banned substances by the World Anti-Doping Agency (WADA). The reason it’s banned? Because according to WADA, cannabis meets the organization’s criteria for performance enhancement. However, athletes have called for its removal from WADA’s list. 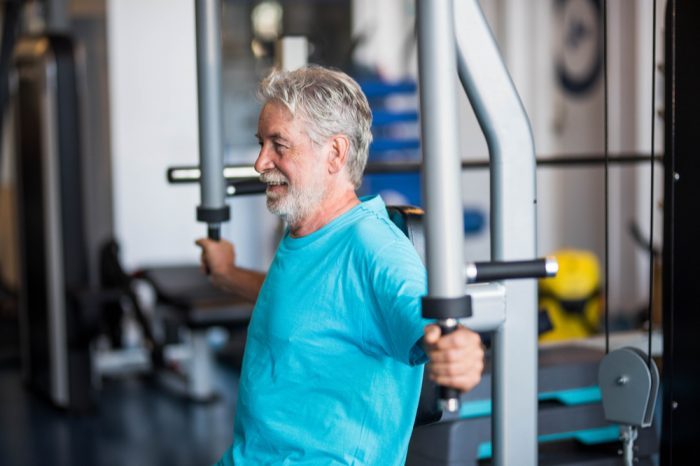 In fact, more and more pro-athletes have made public their preference for cannabis as a treatment for aches and pains, as well as a sleeping aid. But, this is still anecdotal evidence, and science has yet to verify in a conclusive manner that cannabis aids in exercise and recovery.

Until science catches up to the increasing number of anecdotal reports, we can only look at what we know for certain about cannabinoids, and how they can benefit muscle training and increase recovery time.

Much research indicates cannabis may help reduce pain and inflammation, helping athletes return to the gym faster. Additionally, cannabinoids like CBD may help improve sleep, which is also essential for a quicker recovery time. How it works on an individual level requires experimentation, but what these anecdotal reports tell us is that when it comes to increasing athletic performance and muscle growth, it may be worth a try.

CBD vs THC for Cancer: What Does the Latest Research Say?