Cannabis is Helping me Recover From PTSD

Cannabis has allowed my mind and body to work together. Now I am in control, and recovering from PTSD.

My name is Donna and I am 62 years old. I have been treating myself with cannabis for the past 2 years while recovering from ptsd. It helps me a lot.

For starters, I was brought up in an abusive family and it seems like I have been depressed my whole life. When I started drinking heavily at 18, cut myself and attempted suicide more than once. Then I was raped, which resulted in PTSD. Physically, I have COPD, and chronic pain from a broken back.

I have been on so many medications for depression, but I always hated feeling like a zombie. Then I was also on pain pills for my back. The turning point for me was when I moved to a different state and had to find a new doctor. She received my medical records and saw that I had been suicidal so would not give me pain or sleeping medications.

My niece got me some cannabis and I started smoking Purple Haze; then I switched to vaping about six months ago. Now I am off of 8 different pharmaceuticals, my pain is managed, PTSD is no longer destroying me. I am healthier than I’ve ever been in my life!

For dosing, I take a few puffs about every two hours throughout the day. At bedtime, I take about 4 puffs and I get a solid 6 hours of sleep. 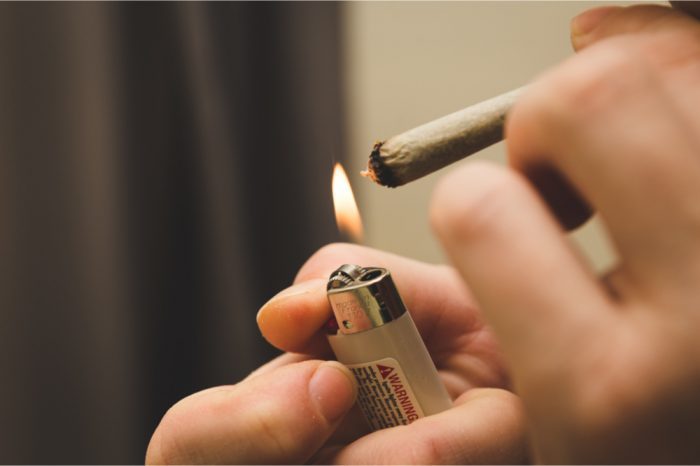 From RxLeaf: Medicinal Cannabis Science For PTSD and More

Donna’s story is an unfortunately common one among chronic pain patients. They not only experience frustrating physical challenges from the pain but mental ones as well. Mental Health America states that chronic pain often comes hand in hand with mental health issues like depression and anxiety. Those with chronic pain are four times more likely to experience anxiety and depression than those without.

From physical health to mental health, here is a brief look at why cannabis may be so effective for the treatment of chronic pain.

The Endocannabinoid System, Pain, and Cannabis

RELATED  Is it THC or CBD That Brings The Sandman?

The two endocannabinoid receptors are the CB1 and CB2 receptors. While found scattered throughout the network, each is focused within certain areas. The CB1 receptor in the brain and central nervous system, and the CB1 receptor seems within the immune system and the gastrointestinal tract.

Why is this lesson important? As per one researcher, “The endocannabinoid (EC) system is now known to be one of the key endogenous systems regulating pain sensation, with modulatory actions at all stages of pain processing pathways.” As per the report published in 2015, endocannabinoid signaling is responsible for the development of and resolution of acute pain. If we could work within this system – we could alter the sensation of pain. 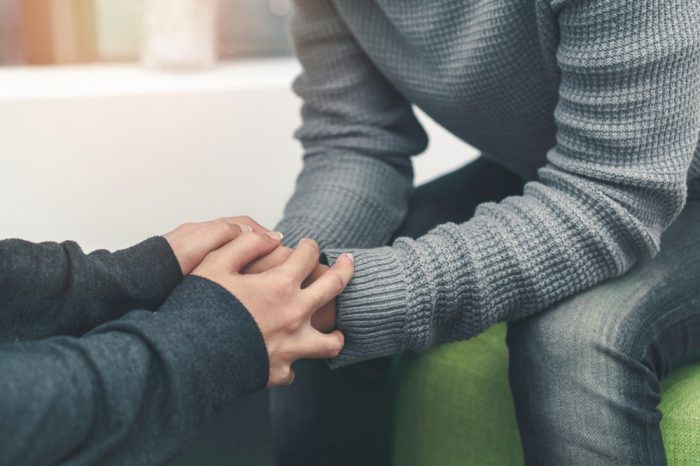 Recovery from PTSD With Cannabis

That’s why PTSD is often one of the first conditions approved for medical cannabis treatment in many areas.

The study finds that people whose body is naturally deficient in endocannabinoids have a predisposition for developing both PTSD and depression. Cannabinoids found in the brain help the body adapt to repeated or severe periods of trauma and stress, the researchers discovered.

The mechanisms in cannabis which cause feelings of anxiety relief work by rewiring the brain’s ability to deal with stress. In essence, the brain uses cannabinoids to effectively modulate its stress response. People who have fewer naturally occurring cannabinoids in the brains tend to have a more difficult time coping with traumatic situations.

And, thankfully, cannabis can help with recovery from PTSD by helping the brain channel effectively channel its stress-coping response.

That’s why so many people with PTSD, particularly veterans, have cited cannabis as an important tool in their fight against the disorder. In fact, several studies have shown that people suffering from PTSD become less suicidal after consuming cannabis.

People like Donna, who have long histories of difficulty dealing with depression and trauma, may be particularly good candidates for cannabis therapy.

Donna not only deals with PTSD, but also chronic pain. Her recovery from PTSD needed to include a way to manage pain as well because pain can trigger PTSD symptoms and become a barrier to treatment.

Cannabis seamlessly integrates into our endocannabinoid system. THC, in particular, heads straight to the CB1 receptors in our central nervous system and brain. It fits like a key into a lock. This alters the activity and signaling of the receptors in a way that reduces feelings associated with pain and PTSD.

Of course, not all pain is related to the central nervous system; other types of pain come from chronic inflammation through the immune system. That’s where CB2 comes in.

Although this relationship is less understood, CBD (one of the many non-intoxicating compounds in cannabis) is helpful for regulating the activity of the CB2 receptor and muting a chronic inflammatory response.

The Multifaceted Medicinal Value of the Plant

The endocannabinoid system is also responsible for regulating mood – meaning cannabis may have the ability to hit two birds with one stone, as the saying goes. It may help reduce chronic pain, while also improving mood and reducing anxiety. This multifaceted medicinal value may be why Donna and many other pain patients find the plant so therapeutically beneficial.

Cannabis is effective for chronic pain because full-spectrum cannabinoids work with both the CB1 and CB2 receptors. Furthermore, unlike conventional pharmaceuticals for chronic pain, cannabis has a much greater safety profile — no links to overdose deaths, low risk of addiction, and fewer adverse reactions.

It really is a remarkable relationship between humans and plants, where a plant influences the operation of a central human physiological system – the endocannabinoid system.

Cannabis Helps Me Manage Chronic Back Pain From Surgery